Drew Brees in in vintage form as playoffs approach 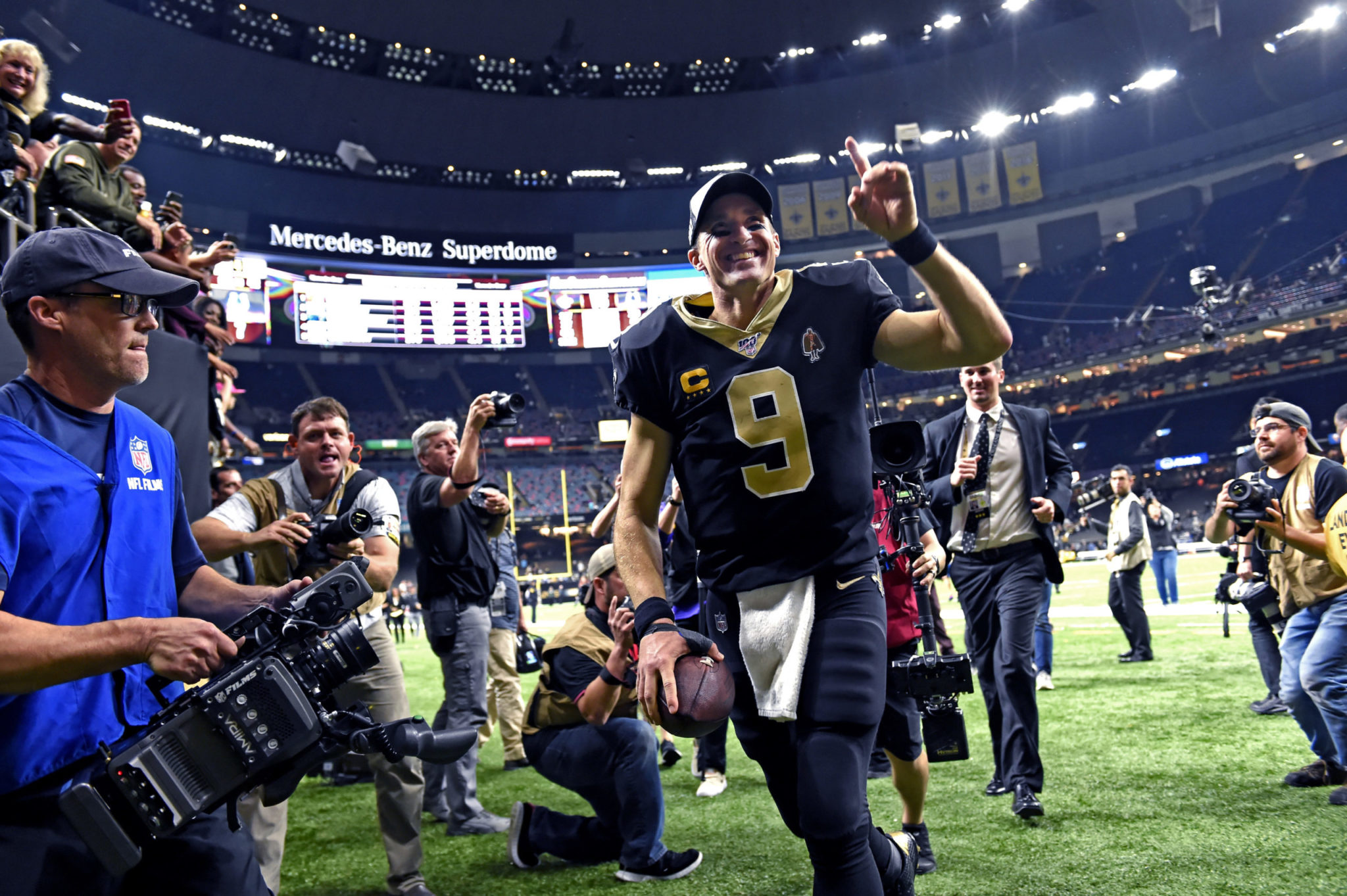 Vintage Drew Brees is back.

Or so it would seem the past two weeks, during which the Saints’ 40-year-old quarterback has passed for nine touchdowns and 656 yards, setting career and single-game NFL records in the process.

His return to stellar form comes at a good time for the playoff-bound Saints.

“You’re always striving because you know that the challenges continue to get greater and games become even more important. We are hitting the home stretch here where we want to be playing our best football,” Brees said. “The teams that typically succeed in the playoffs and the ones that have that momentum, they are ascending into the playoffs. We want to be ascending.”


Whether the Saints as a whole are ascending is up for debate. Their defense gave up 48 points in a loss to the San Francisco 49ers in Week 14. But Brees was stellar in that game, throwing for five TDs and leading the Saints back from two scores down to take the lead in the final minute before the Niners responded by driving for a winning field goal as time expired.

On Monday night against Indianapolis, Brees was in his seventh game back from a Week 2 thumb injury that sidelined him for five games. Brees turned in a virtuoso performance of historic proportions against Indianapolis, whose fan base learned during a Super Bowl in Miami a decade ago how hard it can be to stop Brees when he gets in rhythm.

“That’s a blessing for him, but he’s not done,” Saints leading receiver Michael Thomas assured. “There is so much more that he can do. He’s an incredible leader. We just follow his lead and we follow everything that he has.”

The argument could and likely will be made soon that no QB and receiver in NFL history have enjoyed better chemistry than Brees and Thomas have in 2019. With 12 catches or 128 yards and a TD against Indianapolis, Thomas has an NFL-leading 133 catches for 1,552 yards this season.


“It’s just accountability,” Thomas said. “Our preparation throughout the week is laser-like focus. We are trying to get better and enhance our abilities.”

Thomas needs 11 catches during the Saints’ final two regular-season games to break Marvin Harrison’s NFL single-season record of 143 receptions with the Colts in 2002. On passes from Manning.

The Saints’ passing game looks a lot more like those which ranked near the top of the NFL nearly every year that coach Sean Payton’s offense has been run by Brees, beginning in 2006. While Brees is relying heavily on Thomas, he spread completions around to eight other players on Monday night: three other receivers, two tight ends, two running backs, and utility player Taysom Hill. The pass to Hill, a reserve QB and utility player who also lines up at tight end, receiver and running back, went 28 yards for a touchdown.

The pass rush appears to be seeing the effects of season-ending injuries to starting end Marcus Davenport and starting defensive tackle Sheldon Rankins. Only three games ago in Atlanta, the Saints had nine sacks. Against Indianapolis, they had one.

Second-year receiver Tre’Quan Smith has touchdown catches in each of the Saints’ past two games, demonstrating improved effectiveness since his return from an ankle injury earlier this season.

Ted Ginn Jr. had one catch for 13 yards. Known for his speed, Ginn is arguably the Saints’ best deep threat. And while respect for his speed on deep routes creates room for fellow receivers underneath, he’s shown previously that he’s capable of producing far more.

Starting right guard Larry Warford left Monday night’s game in the third quarter with a left knee injury. Defensive back C.J. Gardner-Johnson took a hard hit to the head in the fourth quarter and left with a concussion. The Saints also played without starting safety Vonn Bell, who hurt his knee a week earlier.

8 — The number of games this season in which Thomas had caught 10 or more passes, most in a single season in NFL history.

The Saints (11-3), one of four teams tied for the NFC’s best record, conclude their regular season with a pair of road games. The first is at Tennessee, where resurgent QB Ryan Tannehill is trying to keep the Titans (8-6) in playoff contention. New Orleans finishes the regular season at Carolina.

Brett Martel is a reporter for The Associated Press.