Eagles play their best when they can’t afford to lose 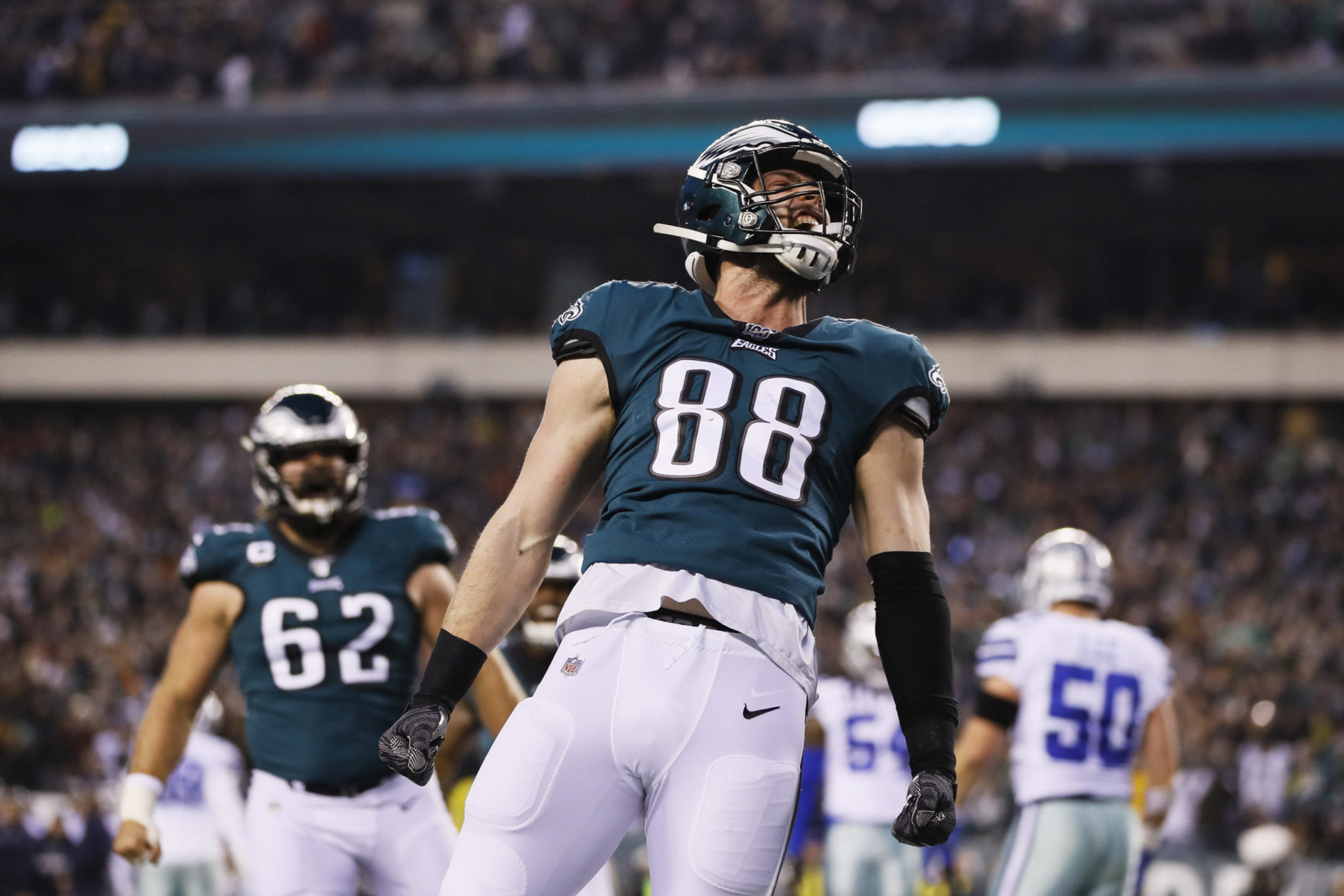 The Philadelphia Eagles have been at their best facing elimination.

They’ve won three in a row to improve to 8-7 and enter Sunday’s game at the New York Giants (4-11) needing another victory to secure the NFC East title.

But New York is no pushover. The Giants have scored 77 points in two straight wins. They also had a 17-3 halftime lead in Philadelphia on Dec. 9 before Carson Wentz rallied the Eagles to a 23-17 overtime victory.

“That’s a real thing,” Eagles coach Doug Pederson said Friday about fear of a letdown. “For me, it’s just about communication and just bringing it to kind of the forefront of my messaging to the team.”

The Eagles moved into sole possession of first place with a 17-9 win over Dallas that came down to an incomplete pass on fourth down in the end zone. They could still win the division if they lose to the Giants but would need the Cowboys (7-8) to lose at home to the Redskins (3-12).


“We poured a lot into that win on Sunday, and that’s the thing that I think coming into the next week, is having that mental and emotional letdown,” Pederson said. “This is a bigger game obviously than last week. I know our guys are going to be ready. They’ve prepared this week that way. But for me as the coach, just keep reminding them the importance of this week and the importance of this game and staying focused and all that.”

The Eagles are 10-1 in must-win games over the past three seasons, including the playoffs.

In 2017, they cruised to the NFC’s No. 1 seed and won three playoff games to capture the first Super Bowl in franchise history.

Last year, they had to win their final three games after a 6-7 start and also needed help in Week 17 — a Vikings loss to the Bears — to earn a wild-card spot. It worked out and then they beat Chicago on the road in the first round before losing at New Orleans in a divisional playoff.

The Eagles were 5-7 this season following a loss at Miami on Dec. 1 but still controlled their playoff hopes because Dallas was 6-6. They had to win out to win the division. The first three wins are now in the books.

The winning streak started when Wentz rallied the team against the Giants, tossing a touchdown pass to Zach Ertz to tie it with 1:56 left and another one to Ertz in OT to win it.

“We started playing together, executing better in the second half and found a rhythm and we feel good and have confidence going into this game,” Wentz said. “We have to win this one just like the last few weeks. Everyone knows that. We’ve had a couple emotional wins. As leaders and coaches, we’ve done a good job making sure guys are still bought into the here and now and not dwelling on the past or looking ahead. We have our work cut out for us. If we win, we’re in so we know what’s at stake.”


Wentz led the Eagles to another comeback victory at Washington two weeks ago, tossing a TD pass to Greg Ward with 32 seconds remaining.

Now, the division is on the line against the Giants. The Eagles will face Daniel Jones for the first time. Eli Manning started when the teams met this month.

“He’s a rookie quarterback but he can make plays so we’ll treat him like an experienced quarterback,” defensive end Brandon Graham said. “We can’t afford a setback or the season would be over so we have our mind on that and everybody is showing that by the way we’re practicing. They’re trying to kill our season.”

It’s a familiar feeling for Philly. The Eagles need to do it again to advance into January.

Rob Maaddi writes about sports for The Associated Press.