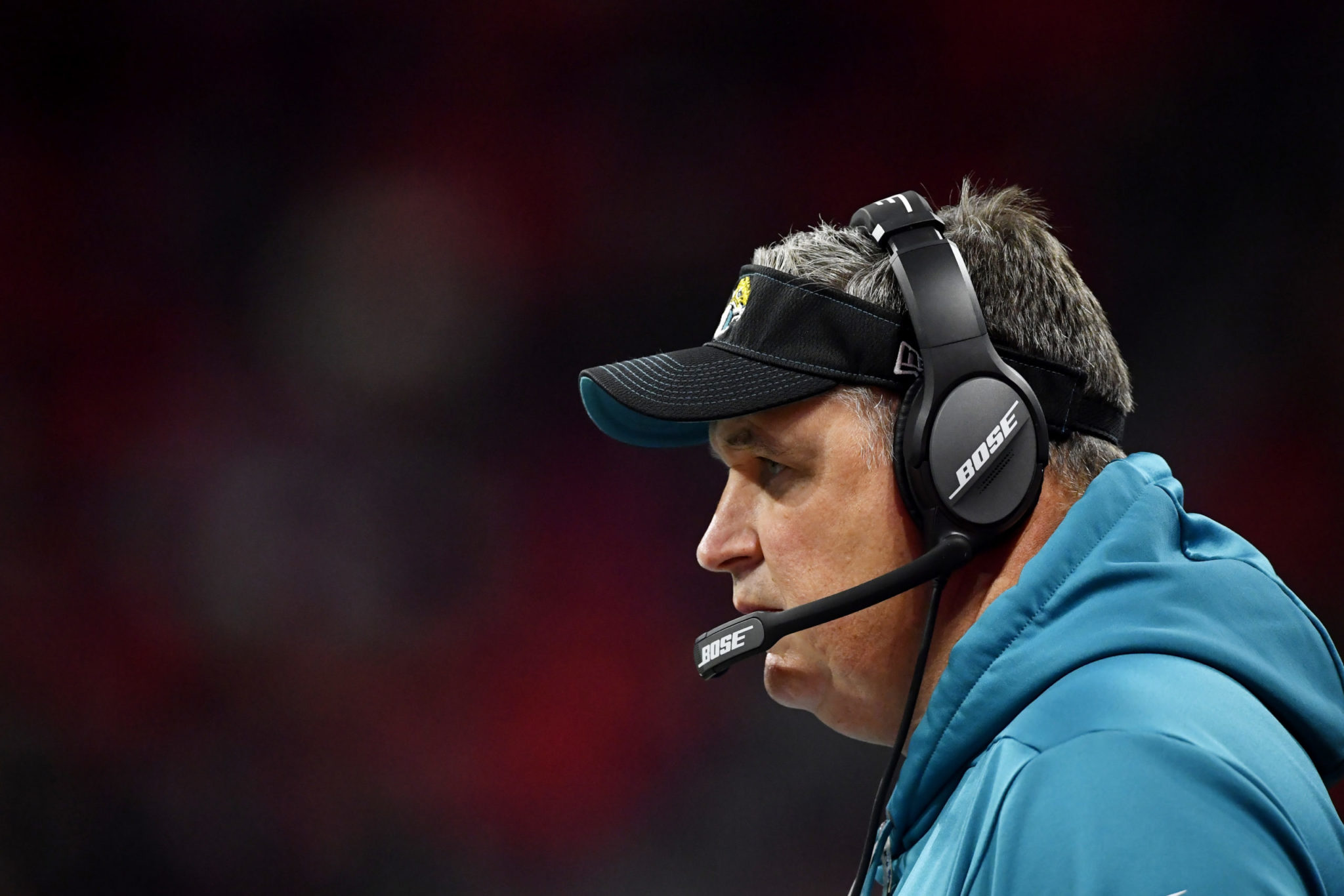 Jacksonville Jaguars owner Shad Khan will meet with his football staff, including coach Doug Marrone, next week before making any potential changes.

Khan’s spokesman, Jim Woodcock, made the announcement Saturday in response to an ESPN reporter’s tweet, citing unnamed sources, that said Marrone “has been informed that he will be dismissed following Sunday’s game” against Indianapolis.

“Reports that Doug Marrone will be dismissed after Sunday’s game are 100% incorrect,” Woodcock said. “Owner Shad Khan will meet with his football staff, which includes coaching and personnel, midweek next week.”


The Jaguars (5-10) are 22-28 in three seasons under Marrone and have dropped 20 of their last 27 games. Khan fired top executive Tom Coughlin last week, seemingly placing the blame on the onetime coach who seemed to struggle making the transition from the sideline to the front office. Coughlin’s overbearing ways had become a burden on players and coaches.

There was a growing belief that Marrone would be able to keep his job barring any embarrassments in the final two games of the season. The Jaguars responded by falling behind 14-0 in the opening minutes last week at Atlanta and losing 24-12. It was Jacksonville’s seventh loss by double digits this season, including six straight.