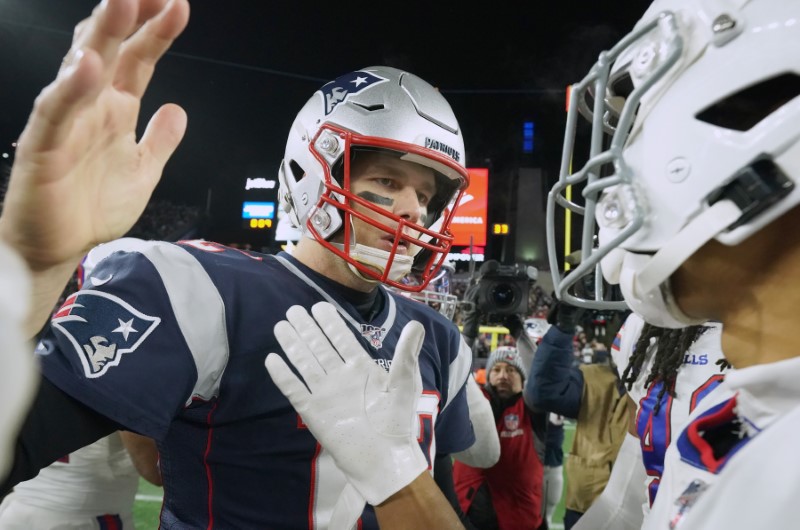 New England quarterback Tom Brady was sporting an icepack on his lower right forearm after the Patriots’ 24-17 win over the Buffalo Bills on Saturday, but said it was nothing to be concerned about.

After taking questions for four minutes, Brady was finally asked about the state of his 42-year-old body, not exactly an unexpected question given the prominence of the icepack.

“This is a new injury. This isn’t the old elbow. I’ll be fine,” he said, without elaborating.


Brady was in a relatively cheery mood after a decent offensive performance by the Patriots, who have struggled at times this season, much to the frustration of the six-time Super Bowl winner.

“We did a good job of that today. A lot of guys came up big … It was more balanced than we’ve been.

“Running the ball well is what sells the run. The fact we were running it good was really important.”

Brady completed 26 of 33 passes for 271 yards and a touchdown. Wide receiver Julian Edelman returned to the field after being evaluated for concussion following a hit and immediately caught a pass from Brady with nine minutes left.


Though the win clinched New England the AFC East for an 11th consecutive season, Brady was already looking toward next week’s game against the Miami Dolphins.

A win in that game will secure a first-round play-off bye.

“It’s a play-off game for us next week,” Brady said. “If we win we miss a week, which is a pretty good reward.”