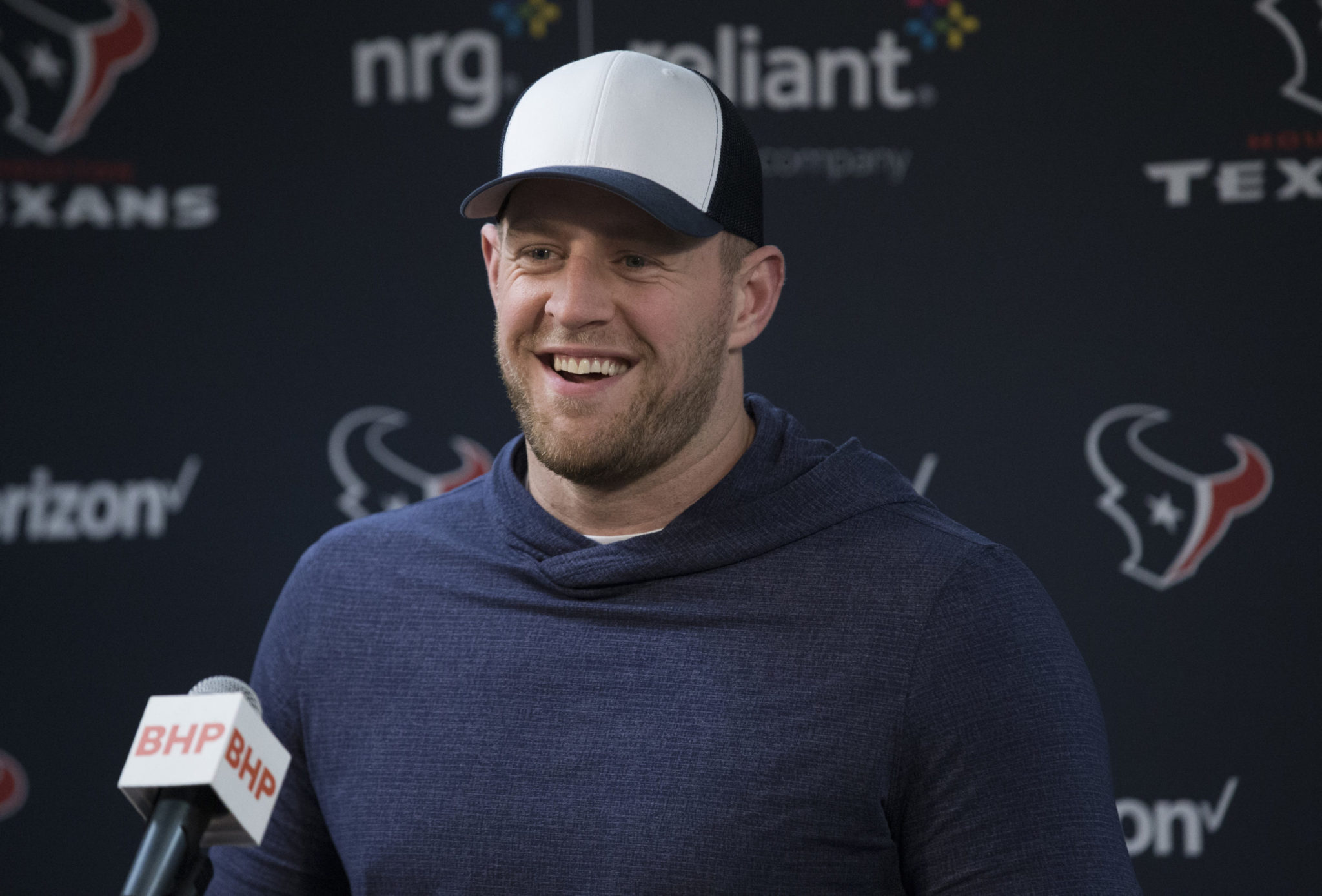 J.J. Watt returned to practice with the Houston Texans on Tuesday, clearing the way for the star defensive end to play in the team’s playoff game in two weeks.

Watt has been out since Oct. 27 after tearing a pectoral muscle, an injury which required surgery.

“I feel really good,” Watt said. “We’ve worked extremely hard at rehab. We’ve had a very smooth process and everything’s been going extremely well. So I’m really, really excited to back in the field with everybody and to get back out there helping my team and playing for this city.”

The Texans will have 21 days from Tuesday to take him off the injured reserve and add him to the active roster. If they plan to play him in their first playoff game during the weekend of Jan. 4-5, they’ll have to activate him by 4 p.m. ET the day before the game.


Watt has been working out with the team’s trainers and medical staff away for a while and said he’s felt good during those workouts. He said he’s been wearing a harness during those workouts and that he’ll continue to wear that to protect himself during team practices. The harness keeps his arm from being pulled too far backward, but it will not restrict him from moving his arm forward or raising it up.

Watt said that he began thinking he might be able to return for the postseason not long after he was injured.

“When I got hurt I just assumed I was done,” he said. “I didn’t even know there was a possibility. And then literally a couple days after the surgery I was feeling so good that I asked — ‘is it remotely possible?’ We left the … door open for a possibility.”

Players on injured reserve must miss eight games before returning and Watt has only missed seven so far, meaning he could not play in Houston’s regular-season finale against Tennessee on Sunday.

This is the third time in four seasons that the three-time NFL Defensive Player of the Year has had a major injury. He missed the last 13 games of 2016 with a back injury which required surgery and played just five games in 2017 before breaking his leg. He played all 16 games last season and was a first-team All-Pro after finishing with 16 sacks and 18 tackles for losses.


Watt said that recovering from his most recent injury was much easier than his rehabilitation from his leg and back injuries.

“(Those were) two massive massive things that really affect movement,” he said. “But the nice thing about this surgery was this whole time I’ve been able to run, I’ve been able to work out my legs, do agility drills, position drills. So that has been a huge help both mentally and physically for this recovery.”

While Watt said he expects to play in Houston’s first playoff game, he was careful to point out that it’s unlikely that he’ll participate in as many snaps as he has throughout his career.

“I’m sure it’s not going to be an every play type of thing, just for the first one back,” he said. “I don’t think that would be the best situation. But we’ll see how it feels over the next two weeks and get a gauge for it before we go into that game. I’m sure we’ll have a good plan.”