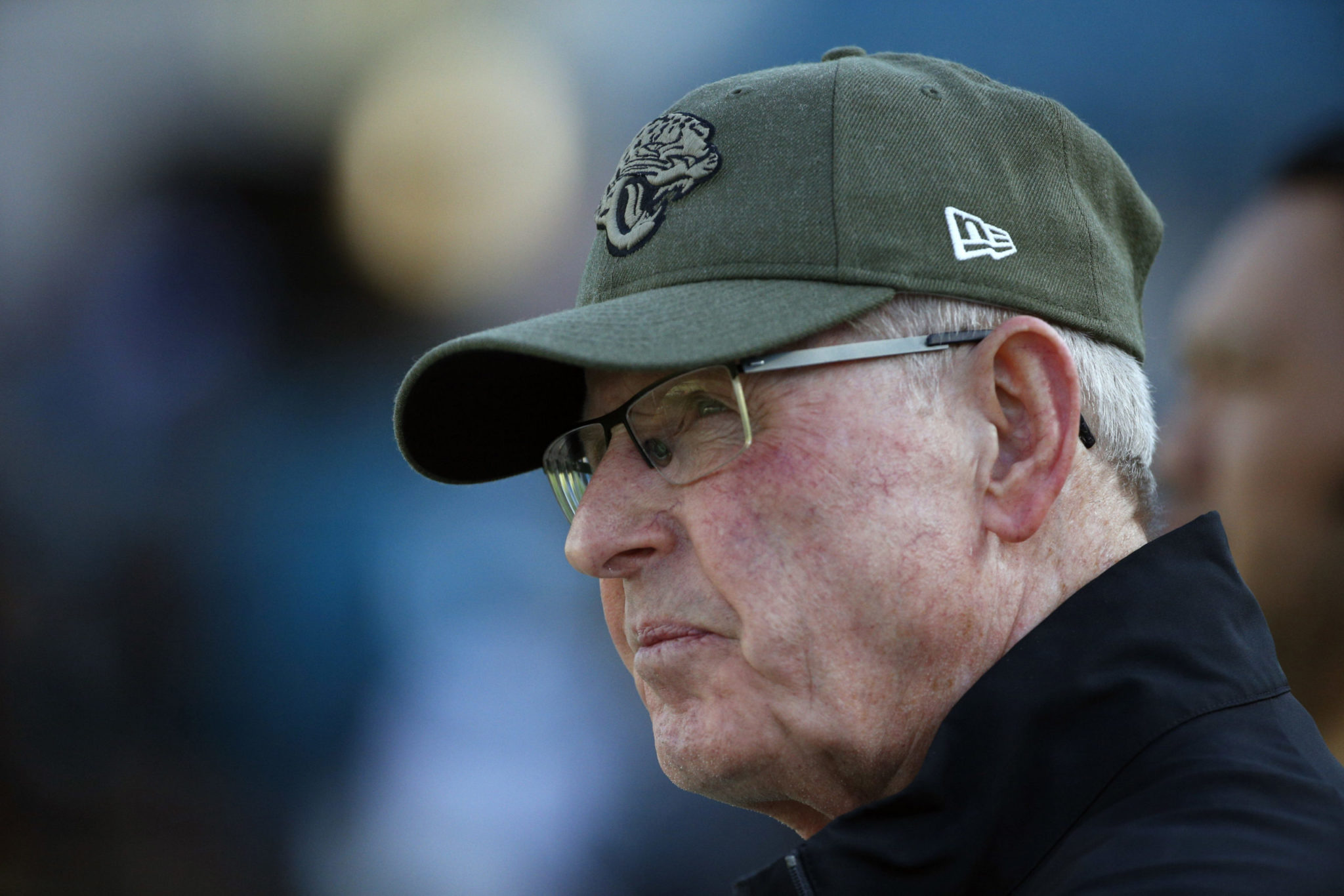 About 12 hours after Jaguars owner Shad Khan fired top executive Tom Coughlin, all the clocks inside the building were reset. There was no more “Coughlin Time” in Jacksonville.

It could be the franchise’s most significant change.

There’s growing belief that Khan plans to keep coach Doug Marrone and general manager Dave Caldwell in 2020. Marrone and Caldwell have two years remaining on their contracts, and Khan apparently wants to see what they do can without one of the NFL’s most stringent taskmasters trying to control everything from draft picks to sock choices.

“We’d love to see coach Marrone stick around and see this through,” Pro Bowl defensive end Calais Campbell. “Change can be good. Too much change can work against you.”


The clocks were the most obvious difference following Coughlin’s departure Wednesday.

“It threw me off when I first got here,” defensive tackle Abry Jones said. “I thought I was late. That’s probably the strongest adjustment we’re going to have to get to, just resetting 5 minutes back.”

Khan said he decided weeks ago to fire Coughlin, who botched several draft picks, failed repeatedly to fix the team’s quarterback situation and upset star cornerback Jalen Ramsey so much that he faked a back injury to avoid playing for Jacksonville.

Khan adjusted his timeline after the NFL Players Association slammed Coughlin on Monday. The union said more than 25% of player grievances filed in the last two years have been against the Jaguars — against Coughlin, really — and warned players to “consider this when you have a chance to select your next club.”

It was damage Khan had to address.

“Mr. Khan was trying to send a message to the league and everyone else,” Jones said. “No one wants to have that on their team, where they have disgruntled players and they’re trying to get money back and all that.”


With Coughlin gone, everyone in the organization can relax a little.

Marrone might not have to win his final two games, beginning Sunday at Atlanta (5-9), but he probably can’t afford another embarrassment. The Jaguars (5-9) have lost 19 of their last 26 games, 11 of those by double digits and six by 20 or more points.

They dropped five straight by at least 17 points — the first NFL team to do that since Tampa Bay in 1986 — before scoring twice in the final 5:15 last week to upset Oakland 20-16.

Players praised Marrone for keeping them from crumbling earlier amid one of the strangest seasons in franchise history. Among the drama:

—Linebacker Telvin Smith, the team’s top tackler the past two seasons, abruptly walked away from football in May.

—Defensive end Yannick Ngakoue skipped most of the offseason and part of training camp in a contract dispute that remains unsettled.

—Ramsey got in a heated sideline exchange with Marrone at Houston and a much-less public one with Coughlin after the Week 2 game. Ramsey demanded a trade and refused to play until he got shipped to the Los Angeles Rams.

“We’ve had a lot of noise,” Campbell said. “Coach Marrone’s done an incredible job keeping the guys focused and staying on the task at hand. That’s impressive. He’s a very good coach.”


Coughlin won two Super Bowls as coach of the New York Giants. But he clearly failed to make the transition from the sideline to the front office, unable to stop meddling in game plans and seemingly unwilling to ease up on his mandates and minutiae. Moving clocks ahead 5 minutes was just one of Coughlin’s many nuances. Overreaching with fines was another.

He tried to fine running back Leonard Fournette, who was inactive, more than $99,000 for sitting on the bench during the 2018 season finale. He tried to fine defensive end Dante Fowler $700,000 for missing “mandatory” appointments with team trainers during the 2018 offseason. An arbitrator overturned both of those fines — and dozens more levied by Coughlin.

“You have players from other teams come and ask me about the fines, like, ‘Is it true y’all getting fined for stuff like this?'” Bouye said. “They laugh at me because they think I’m lying. It makes no sense.”

Neither did the clocks, players insisted.

“It was the first thing we realized today: the clocks were different,” Campbell said. “The only thing guaranteed in this business is change, especially when you don’t performance like you’re capable of performing.”

Mark Long covers the Jaguars and Gators for The Associated Press. You can find him on Twitter @APMarkLong