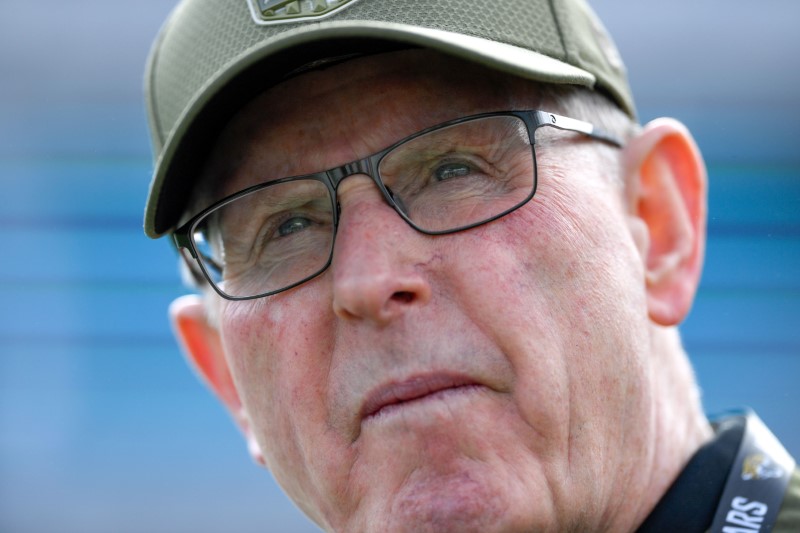 Senior executive Tom Coughlin has been fired by the Jacksonville Jaguars, two days after the NFL Players Association (NFLPA) sent out a scathing letter suggesting its members might consider avoiding the franchise when assessing their options.

The NFLPA revealed that more than 25% of grievances filed by players over the past two years had been against the Jaguars, an extraordinary high percentage in a 32-team league.

“Within the past hour I informed Tom Coughlin that he was being relieved of his duties as Executive Vice President of Football Operations,” Khan said in a statement.

“I determined earlier this fall that making this move at the conclusion of the 2019 season would be in everyone’s best interests but, in recent days, I reconsidered and decided to make this change immediately.”


The Jaguars are mired at the foot of the AFC South standings with a 5-9 record.

Head coach Doug Marrone has been retained, at least for now.

Coughlin, 73, was the inaugural head coach of the Jaguars for eight seasons until 2002. He has a reputation of ruling with an iron fist.

On Monday, the NFLPA released a statement claiming that Jacksonville required its players to undergo all off-season rehabilitation at the team’s medical facility, a demand which it said breached the Collective Bargaining Agreement (CBA).


The NFLPA filed a grievance that an arbitrator affirmed.

“The decision puts a stop to the blatant overreach by the Jaguars and emphasizes the voluntary nature of almost all football activities during the off-season,” the NFLPA said.

“It should be noted that Jaguars players continue to be at odds with Jaguars management over their rights under the CBA far more than players on other clubs.

“In the last two years, more than 25% of the grievances filed by players in the entire league have been filed against the Jaguars. You as players may want to consider this when you have a chance to select your next club.”