As he walked into the locker room, Eagles defensive end Brandon Graham yelled that Garrett “has to take an Uber home.” 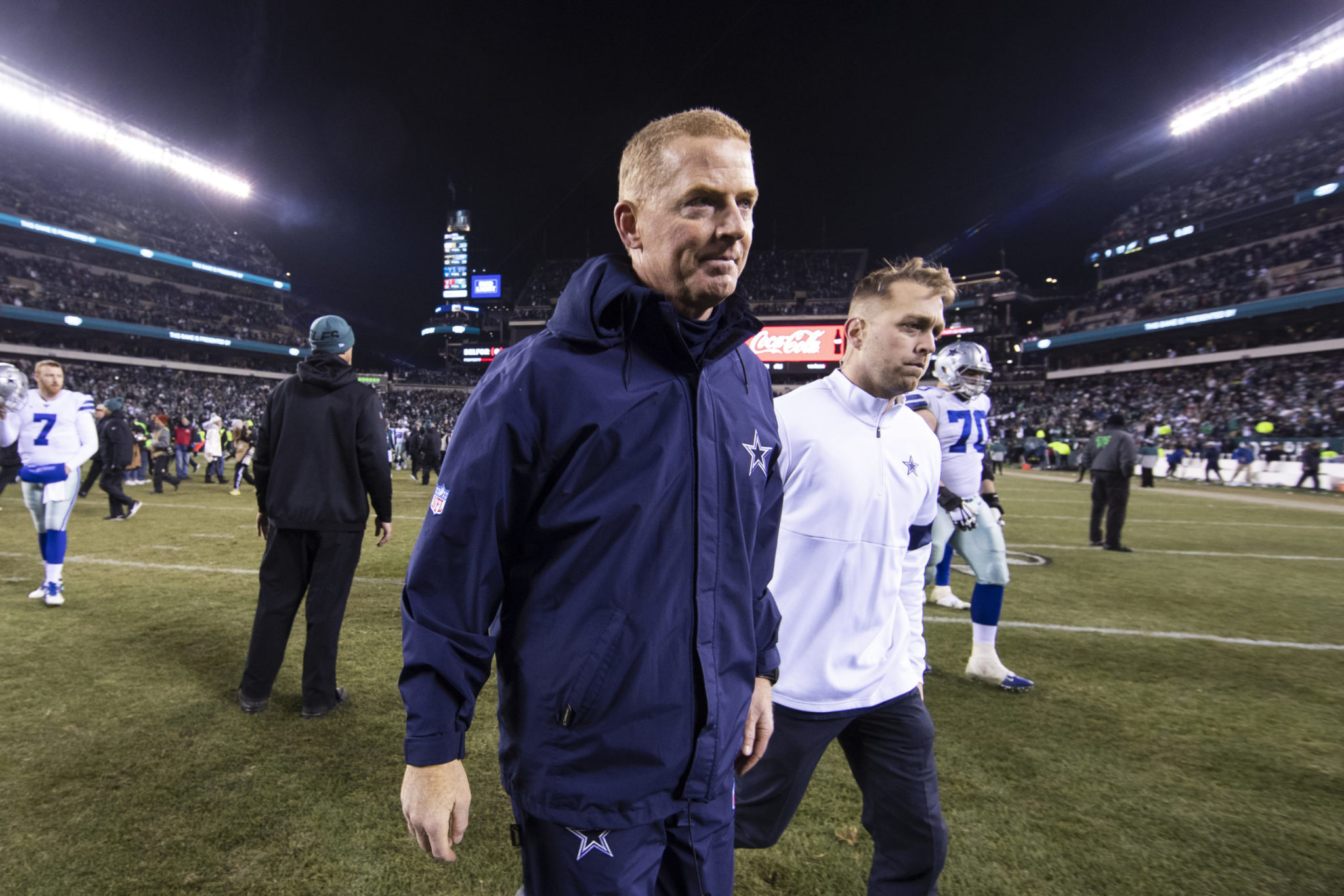 Jerry Jones could barely stomach the final ticks of the clock, leaving his luxury box as Dallas’ shot at winning the NFC East ended on an incomplete pass in the end zone. Jones, testy of late as the season slips away, had little to say in an abbreviated session with reporters that didn’t help with reading the tea leaves.

Or perhaps, not saying much said it all.

The Cowboys may be finished — and coach Jason Garrett could be as well, leaving the Cowboys owner with a major decision to consider as the season winds down.

Dak Prescott gamely played through an injured shoulder and threw for 265 yards, but his final pass attempt of the game was busted up in the end zone by Eagles cornerback Sidney Jones and the Cowboys fell to Philadelphia 17-9 on Sunday.


“When you get in this spot, you give yourself a chance, you’re real disappointed. We are,” Jones said. “The fact that we didn’t get any scores, the fact the game turned out the way they did (was disappointing).”

The Cowboys (7-8) would have clinched their second straight NFC East title with a win in Philadelphia. Now the Cowboys need some help: a win next week against Washington and an Eagles loss to the Giants.

“We’re going to be rooting for another team hoping that we get a chance,” Prescott, “That’s not a position anyone wants to be in, depending on someone else.”

Prescott said his shoulder was fine, and he drove Dallas to the 23 and fourth-and-8 with the game on the line. He tried to find wide receiver Michael Gallup in the end zone with 1:15 left, only for Jones to make the defensive play of the season for the Eagles. Prescott might have had a better shot had Amari Cooper or Randall Cobb lined up, but instead they were on the sideline as part of the normal rotation of playcalling.

“We didn’t get it done,” Prescott said. “We’re too talented of a team, and individuals, to not make the plays, starting with myself.”

Part of the loss can be pinned on Garrett’s reluctance to use Ezekiel Elliott more out of the backfield. Elliott averaged 163 scrimmage yards with three touchdowns (two rushing, one receiving) in five career games against the Eagles. He had only 10 carries for 47 yards, and 10 of those came on one run. Without the two-time rushing champion making a difference, the Cowboys were stymied in their attempt at sustaining drives.


“When you can’t run, especially in this offense, the way we want to run and dictate the way the game’s going to be played, it’s frustrating,” Prescott said. “You have to throw the ball a lot. Any time you make a team one-dimensional, you’re giving yourself a better chance.”

Prescott hurt his shoulder in Dallas’ 44-21 win over the Los Angeles Rams last week and was limited in practice for the first time in four seasons. He even injured the index finger on his throwing hand, though the aches were more an annoyance than a hindrance in his performance.

“It definitely wasn’t my shoulder,” he said. “It wasn’t anything I was feeling. I felt great.”

He thought the worst thing about the flight home would be watching game film.

Instead, the Cowboys team charter had what the team said where “mechanical issues” and was delayed but they eventually boarded the plane for the flight home close to 11 p.m. EST.

“I’ll watch the game and sit there and probably be frustrated for three hours,” Prescott said in the locker room.

As he walked into the locker room, Eagles defensive end Brandon Graham yelled that Garrett “has to take an Uber home.”