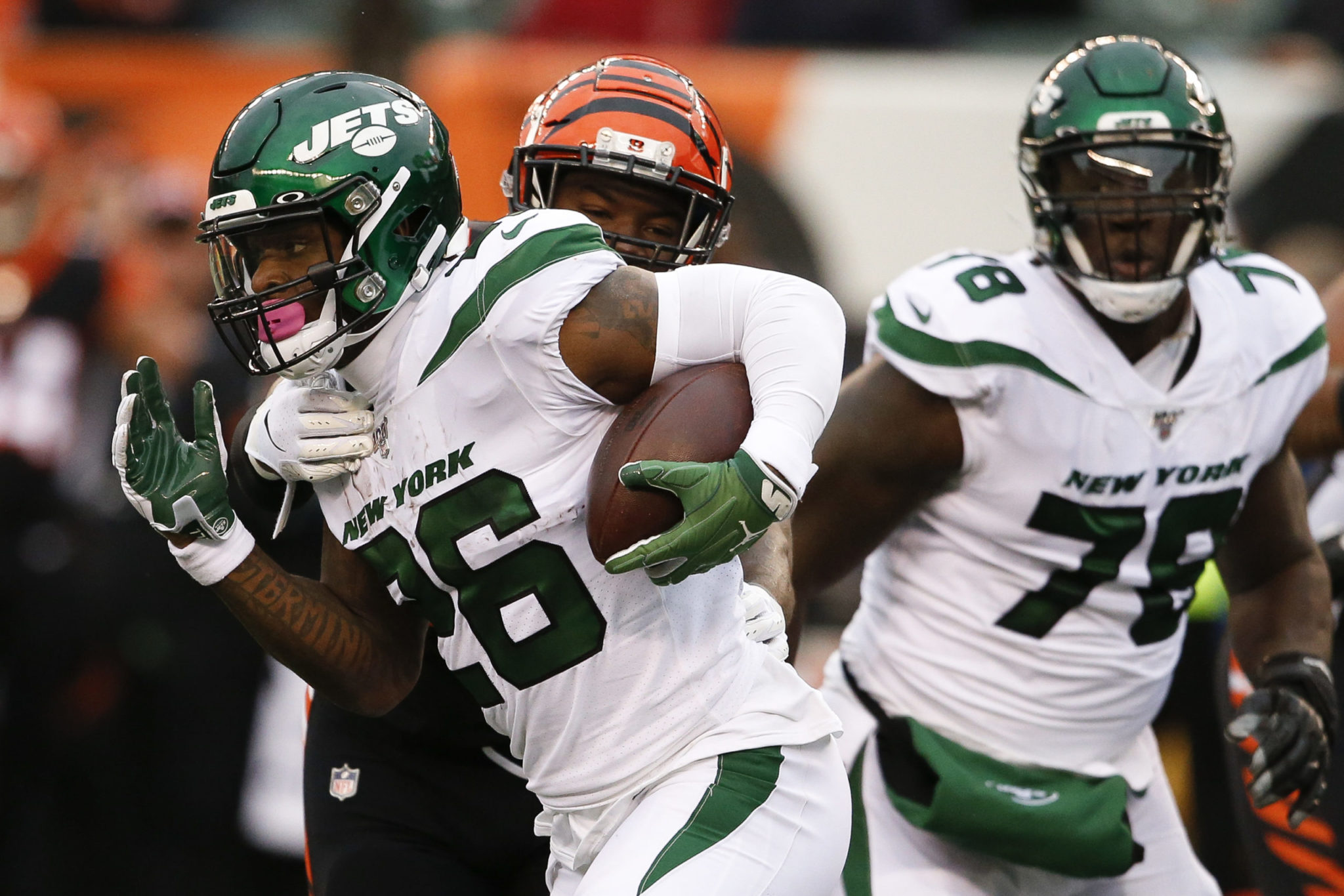 Le’Veon Bell will be spared from team discipline after his weekend bowling outing.

The New York Jets running back missed the team’s 22-21 win Sunday against Miami while continuing to recover from the flu, which kept him out of practice for two days last week. Coach Adam Gase said Tuesday that team doctors determined Bell was still ill Saturday, so the team ruled him out for the game.

“He wanted to play,” Gase said. “But they told him he was still contagious. They didn’t want him around all the other guys because they thought it could spread through the team.”

Bell was sent home and told to stay away from the team while he recovers — but didn’t violate any team rules.

“What am I going to discipline him for?” Gase said. “I can’t tell him you have to stay in your house.”


The New York Post reported Monday night that Bell went to a New Jersey-area bowling alley Saturday night and stayed there until it closed around 1 a.m.

Bell said Tuesday he had several family members and friends in town to watch him play against the Dolphins, but when he was ruled out for the game Saturday doctors told him to get out of the house and get his body moving a little. So, he and his friends and family went bowling — and Bell is surprised his night out at the alley became a story.

Bell said he lost 8 or 9 pounds from the illness, but is feeling a lot better and expects to play Thursday night at Baltimore.

That’s because running back Bilal Powell is also dealing with the flu and left the game against Miami during the winning drive with an ankle injury that was expected to keep him off the field Tuesday.

“It’s serious enough where if he didn’t have the flu, he probably wouldn’t play,” Gase said.

Powell ran for 74 yards, a team high this season, on 19 carries in Bell’s absence. Ty Montgomery had 31 yards on nine attempts. Josh Adams is the only other running back on the roster.

Gase said he would have preferred Bell stayed home Saturday night and continued recovering, and acknowledged that the running back being out in public and bowling just hours after being ruled out for the game the next morning because of an illness was bad optics.

Gase spoke to Bell later Tuesday about the situation, and Bell said he could see there being an issue if he had been cleared to play Sunday and still went out Saturday night. Gase pointed out to him that people could still see his actions and take them the wrong way.


“That’s the only thing where I wish I wasn’t seen doing it,” Bell said. “But, I don’t feel bad about what I did, and I didn’t break any rules. I wasn’t a distraction — until now — that you all saw me bowling, so that’s it.”

Bell was medically cleared and rejoined his Jets teammates Monday night for the team’s weightlifting and walk-through sessions.

His first season with the Jets has been underwhelming statistically. He has rushed for just 589 yards and 3.2 yards per carry, which is a career low. He has 55 catches for 403 yards coming out of the backfield, but has not added the dynamic presence that was expected when he signed a four-year, $52.5 million contract with New York in March that included $35 million guaranteed.

Bell acknowledged that he doesn’t believe he has had the opportunity to thrive in Gase’s offense so far this season.

“Honestly, no,” Bell said. “I think that’s just being in a new system, new guys up front, a new coaching staff. I’m with a new organization, so everything kind of takes time. I understand that. That’s why I’m always trying to stay patient.

“But, honestly, no. I feel like when I do, I’ll be back to what people are used to seeing.”