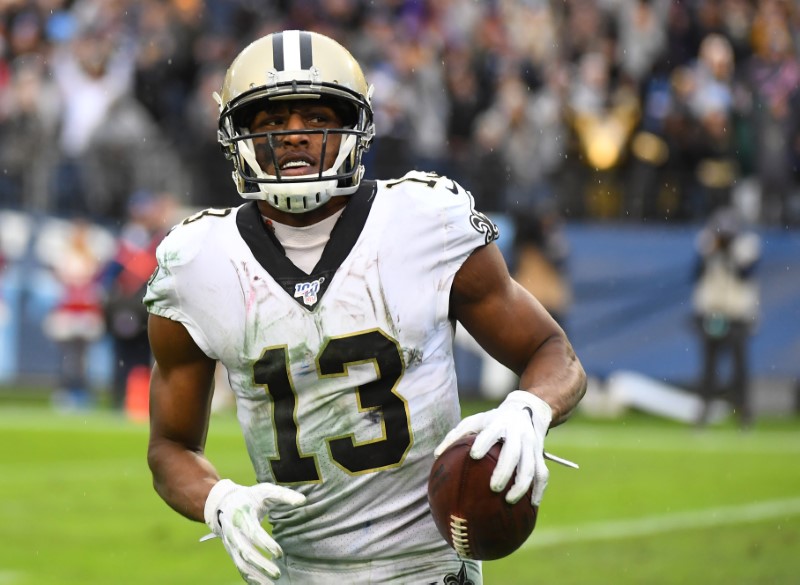 Thomas made the grab, his 11th of the game, with 3:14 remaining in the fourth quarter on what was originally ruled a 14-yard touchdown. A review determined Thomas was down at the 1-yard line, but he caught a 2-yard touchdown two plays later with 2:10 left as the Saints completed a 38-28 victory. That gave him 12 catches for 136 yards and a score on the day.

Thomas, 26, has 145 grabs on 176 targets this season, totaling a league-high 1,688 yards to go with nine touchdowns. He broke Harrison’s record on his 16th target Sunday.


Harrison set the record in 2002 with the Indianapolis Colts, when he caught 143 passes on 205 targets, gaining 1,722 yards and scoring 11 touchdowns.

A second-round pick in 2016, Thomas had 321 grabs through his first three NFL seasons. He has already been named to his third straight Pro Bowl this season, and he could claim first-team All-Pro honors for the second straight year.