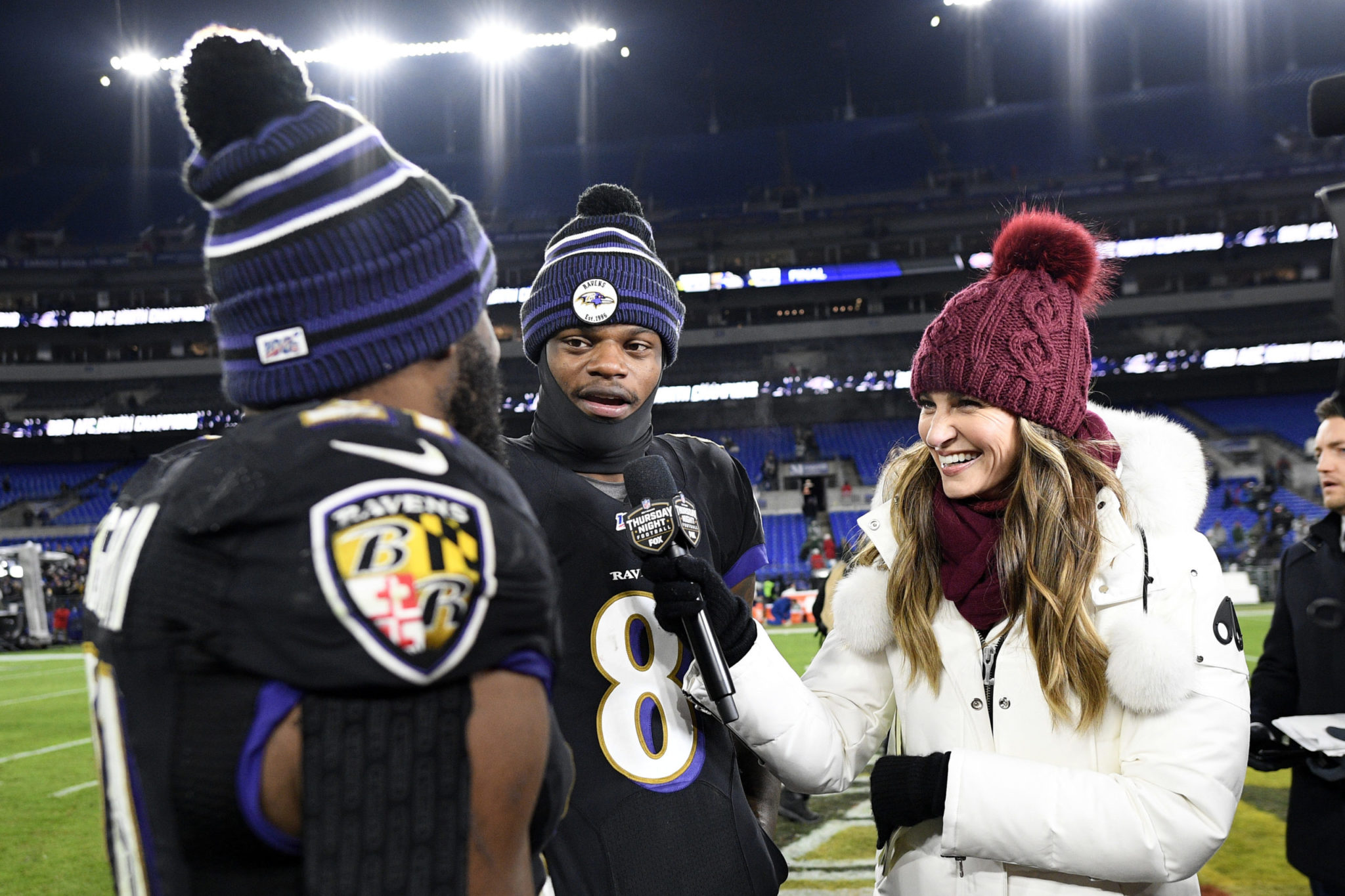 Surely Lamar Jackson has put that ugly stereotype to rest, once and for all.

Let’s hope we never hear again how some dynamic young African-American quarterback would be better off at another position because — wink, wink — he’s just not cut out to read defenses or up to the mental challenge.

That narrative has largely changed in the NFL — though, obviously, not completely.

So let’s make sure the acceptance mindset seeps down through the ranks, to those just starting to play the game, so that no kid ever gets an inkling he shouldn’t be playing quarterback because of the color of his skin.

With his 23rd birthday still a few weeks away, Jackson had already answered all the doubters but put an exclamation point on a season for the ages with another dynamic performance Thursday night, leading the Baltimore Ravens to a 42-21 victory over the New York Jets.


For the third time this season, Jackson threw five touchdown passes in a game, giving him team-record tying 33 on the season with just six interceptions.

His snarky assessment after that first five-TD game still applies today: “Not bad for a running back.”

That, of course, was a not-so-subtle jab at those who believed Jackson would never pan out as an NFL quarterback, most famously voiced by former NFL executive Bill Polian, who said leading up to the 2018 draft that Jackson was better suited to play receiver. Others tabbed him as a future running back.

“Exceptional athlete, exceptional ability to make you miss, exceptional acceleration, exceptional instinct with the ball in his hand and that’s rare for wide receivers,” Polian said. “Clearly, clearly not the thrower that the other (top quarterback prospects) are. The accuracy isn’t there.”

Now, that’s not to imply Polian and others were blinded by racism in their assessment of Jackson. Certainly, scouts and general managers have badly misjudged quarterbacks — white and black— over the years.

Joe Montana was a third-round pick who went on to capture four Super Bowl titles. Tom Brady lasted until the sixth round of the draft, and all he’s done is win a record six rings.

But there is one big difference between Jackson and those underrated quarterbacks who came before him.

No one was calling on Montana or Brady to switch positions. They weren’t subjected to that most reliable of racist tropes: the black quarterback who is only successful because of his superior athletic skills, while white quarterbacks are lauded for their mental ability and work ethic.

Jackson undoubtedly faced that perception when he entered the draft after his junior season at Louisville.

Four quarterbacks — all of them white — went in the first 10 picks. Jackson lasted until the very last pick of the first round, No. 32 overall.


While the Ravens certainly deserve credit for trading up to get him, let’s not forget they already had made another pick in the opening round, selecting tight end Hayden Hurst at No. 25.

Hurst has made just four starts his first two years in the league.

Jackson is already the face of the franchise — and, one could argue, the entire league. After blowing through the Jets, he hung around afterward to sign jerseys for three of their players, the ultimate sign of respect from an opponent.

“I’m enjoying it,” Jackson said. “I love the game. I’ve got a great group of guys and coaching staff with me. I couldn’t wish to be anywhere else.”

Let’s be clear: Times have certainly changed since NFL teams essentially refused to let a black man hold down the most prominent spot on the field.

In all likelihood, Jackson will become the third African-American quarterback to win the MVP award in the past five years, following Cam Newton and Patrick Mahomes. Last season, there were a record five black quarterbacks starting in the playoffs. This year, Kyler Murray was the No. 1 overall pick and became one of 10 African-Americans to start regularly for their teams.

For sure, the racial stereotype is on life support.

It’s past time to finish it off.

Jackson is certainly doing his part. In addition to his stellar passing night against the Jets, he broke Michael Vick’s record for rushing yards in a season by a quarterback with 1,103.

That led to a marvelous on-field interview with Fox after the game, as Jackson stood alongside teammate Mark Ingram.

Asked for his reaction to eclipsing Vick’s record, Jackson replied, “It’s pretty cool. I don’t know when I broke it.”

Ingram interrupted, “When I told you congratulations.”

“OK, OK,” Jackson said with a smile. “I was trying to be locked in the whole entire game. The goal is to win, not to break a record.”

Jackson’s humble, playful demeanor was a reminder of another signature moment this season: His sideline exchange with coach John Harbaugh near the end of a blowout win over Cincinnati, highlighted by a ridiculous 47-yard touchdown run.

Harbaugh: “You know, most quarterbacks worry about stats.”

Harbaugh: “Well, you’re a leader. That’s why they love you.”

More Harbaugh: “I love the way you play, too.”

Harbaugh: “You just don’t flinch. You just attack. All you do is attack.”

Harbaugh: “You changed the game, man. You know how many little kids in this country are gonna be wearing No. 8 and playing quarterback for the next 20 years?”