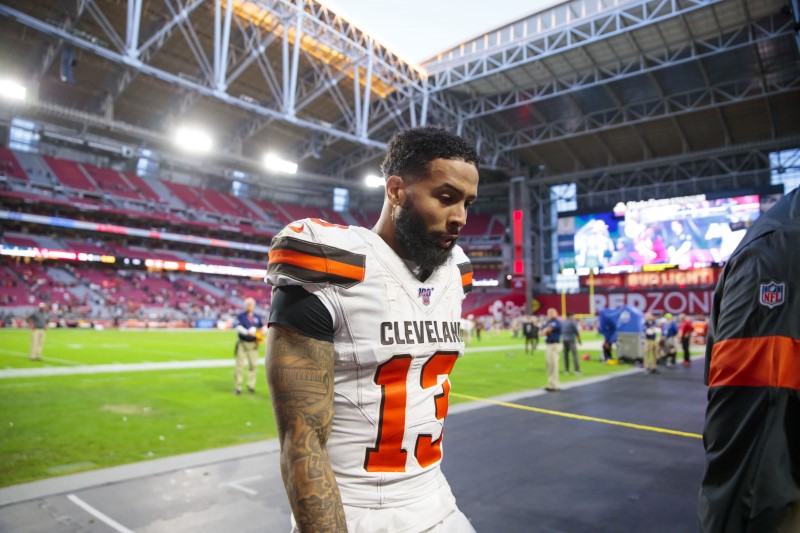 Odell Beckham Jr. On Wednesday shot down the notion he wants out of Cleveland amid the Browns’ disappointing season.

Beckham spoke 10 days after Fox Sports reported he told opposing players and coaches to “come get me” out of Cleveland. And that was after the receiver earlier had said, “no one knows what the future holds, like tomorrow.”


The Browns were a popular pick to reach the postseason following an eventful offseason that included acquiring Beckham from the New York Giants. However, Cleveland (6-8) enters its Week 16 game against the Baltimore Ravens needing to win its final two games to reach .500 and keep alive faint playoff hopes.

Beckham, a sixth-year veteran, has 67 catches for 910 yards and two touchdowns in 14 games this season while enduring hip and groin injuries. His current streak of eight consecutive games without reaching 100 receiving yards is the longest streak of his career.

Despite this year’s frustrations from both individual and team perspectives, Beckham addressed his future after initially declining to address the topic, specifically if he’ll return to the Browns next season.

“Yeah, we’re going to be here,” Beckham said, referring also to fellow receiver Jarvis Landry. “We’re going to do it again, and we’re going to be what we felt like we should’ve been and correct all the little mistakes and all the if-we-would’ve-did-this games. It’s just too good.”

“I know people have said ‘I didn’t sign him to trade him’ before, but I didn’t really buy a house here to up and leave it, and do renovations on the house and build a doghouse. It’s just done. It’s time to just put it to bed. I’m going to be here. Nothing more to talk about.”


Landry also denied telling Arizona Cardinals players to “come get me” during Cleveland’s 38-24 loss on Sunday.

“I would never say nothing like that,” Landry said in refuting an NFL Network report. “I would never look to another team during a game especially that we’re losing and say ‘come get me’ with a worse record than we have. It’s all about clicks now, and I get it, but at the end of the day, don’t try to slander my name.”