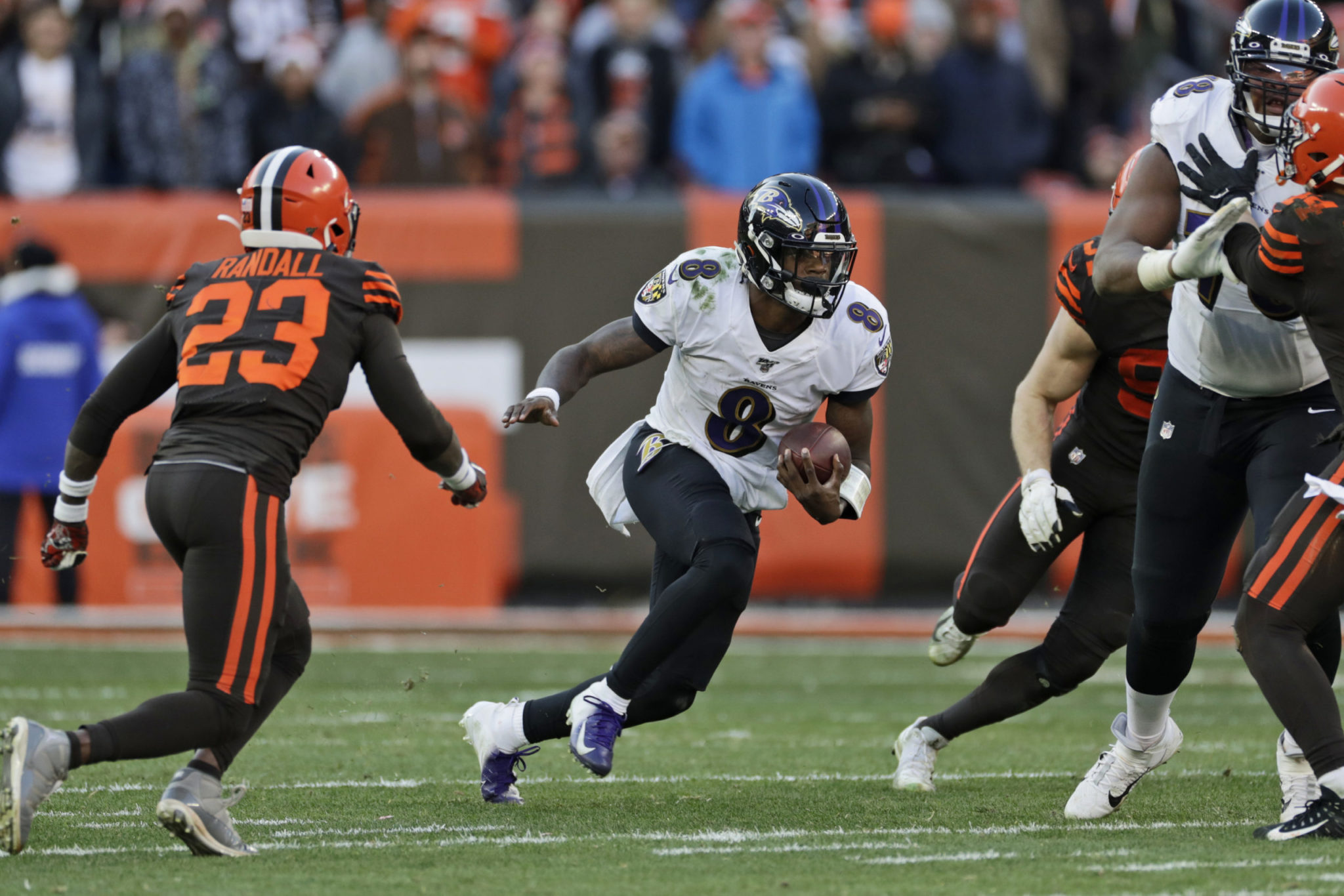 The NFL goes into the final week of the season with the Baltimore Ravens knowing exactly what lies ahead of them in the postseason.

Coach John Harbaugh can rest Lamar Jackson and any other Ravens (13-2), who have already clinched the AFC North along with home-field advantage throughout the AFC playoffs. The Minnesota Vikings (10-5) also are locked in as the NFC’s sixth seed, while Buffalo (10-5) is set as the AFC’s first wild-card spot in the No. 5 seed.

But New England and Kansas City are fighting for the AFC’s other first-round bye. Houston hopes to improve its seeding from fourth to third, but only one AFC playoff berth remains up for grabs.

In the NFC, it’s a battle to the finish with both home-field advantage throughout and both first-round byes yet to be decided.

The Green Bay Packers, New Orleans, San Francisco 49ers and Seattle Seahawks all have a chance at a bye and home-field advantage under numerous playoff scenarios released Tuesday by the NFL.


Green Bay (12-3) and San Francisco (12-3) need only win Sunday to clinch first-round byes with the 49ers able to clinch home-field advantage throughout by winning in Seattle on Sunday night. Green Bay needs to beat Detroit combined with a 49ers’ loss to ensure the Packers don’t leave Lambeau Field until the Super Bowl.

New Orleans can rest in the first round if either Green Bay or San Francisco loses. The Saints (12-3) need both the Packers and 49ers to lose for home-field advantage throughout the NFC playoffs.

Seattle (11-4) clinches the NFC West by beating San Francisco but also will need a Green Bay loss for a first-round bye. The Seahawks will need a victory and losses by both Green Bay and New Orleans to stay in Seattle until the Super Bowl.

Then there’s the NFC East with Philadelphia able to win the division with a victory over the Giants or even at 8-8 if Dallas loses to Washington. The Cowboys (7-8) must beat the Redskins with an Eagles’ loss to win the East.

In the AFC, Kansas City (11-4) must beat the Chargers with the Patriots losing to Miami to clinch a first-round bye. New England (12-3) clinches that bye needing only a victory. The Chiefs can clinch the No. 3 seed with a victory, playing an early game that could lock in Houston (10-5) as the No. 4 seed before the Texans kick off against Tennessee.

The Titans (8-7) have the easiest path to the AFC’s final playoff spot needing only to beat the Texans in Houston. A loss by Tennessee opens up opportunities for both Pittsburgh and Oakland.


Pittsburgh (8-7) must win at Baltimore with the Titans losing to get the AFC’s second wild-card berth.

Oakland (7-8) has the slimmest of chances after having five results fall the Raiders’ way last week. Now the Raiders must win at Denver with losses by Pittsburgh and Tennessee and a win by Indianapolis.

That would create a four-way tie between Oakland, Pittsburgh, Tennessee and Indianapolis decided by the strength of victory tiebreaker between the Raiders and Steelers, which Oakland would win if any of New England, Chicago, Detroit or the Chargers win their games earlier in the day.