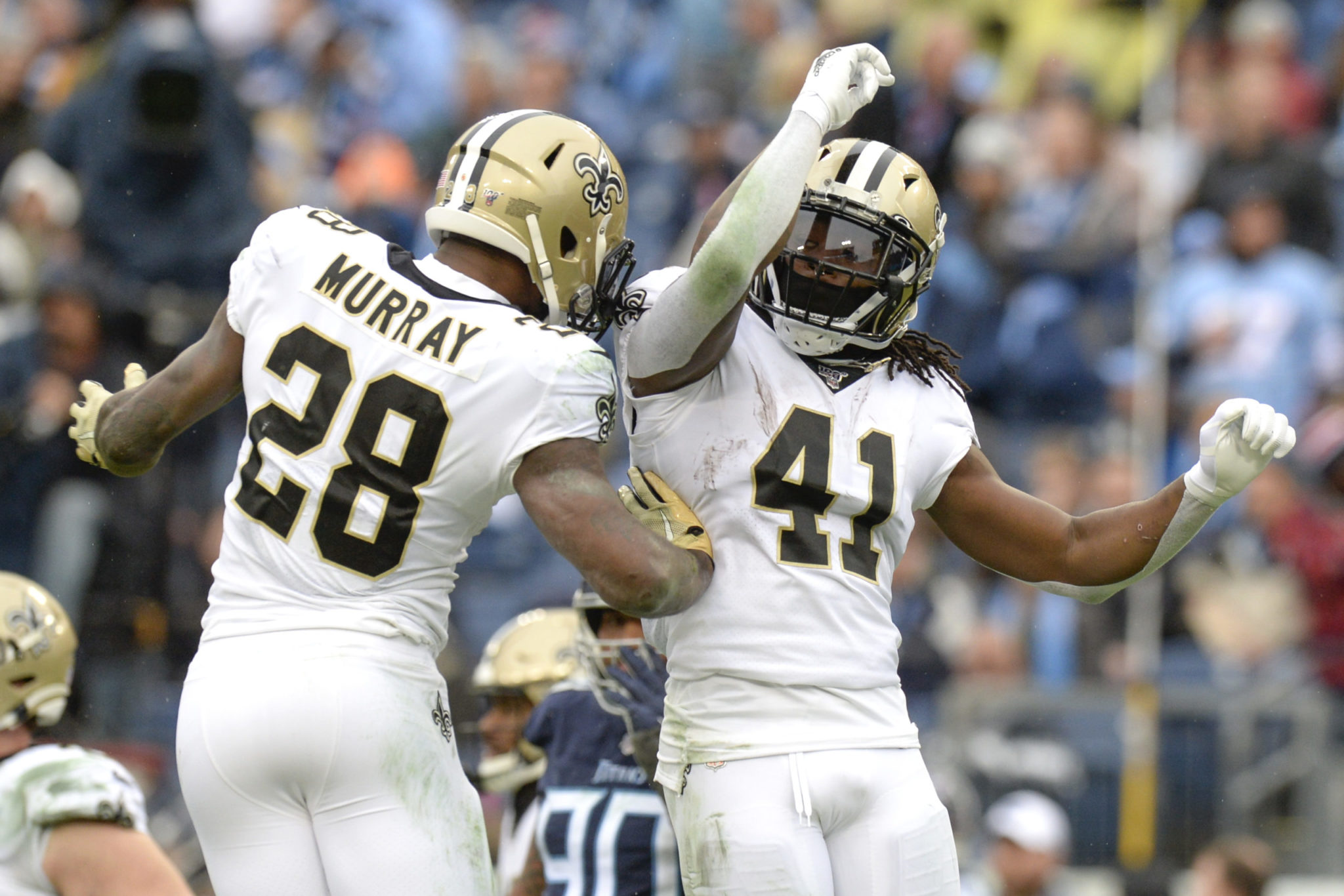 Last week Drew Brees took his latest turn writing his name into the NFL record book. Now Saints wide receiver Michael Thomas has grabbed his piece of league history with the most catches in a single season.

For now, those records are mere guideposts to where the New Orleans Saints want to go.

Drew Brees threw for 279 yards and three touchdowns and Alvin Kamara ran for two TDs as the New Orleans Saints kept their chase of the NFC’s No. 1 seed alive by rallying from a 14-point deficit to beat the Tennessee Titans 38-28 Sunday.

Thomas insisted passing Pro Football Hall of Famer Marvin Harrison’s mark of 143 catches meant nothing. Thomas needed 10 receptions to tie Harrison’s mark set in 2002, and he finished with 12 catches for 136 yards — his last a 2-yard TD with 2:10 left for the final margin.


“We got the victory,” Thomas said. “We’re trying to play and go to a championship right now. At the end of the season, we’ll look up and see all the things we accomplished. But right now we’re focused on one common goal, and that’s a championship.”

The Saints (12-3) had to win after San Francisco beat the Rams 34-31 on Saturday night. They scored 24 straight points to keep alive their chance at one of the NFC’s top two seeds and a first-round playoff bye going into their regular-season finale at Carolina.

Thomas earned a game ball for his record-setting day. Brees said he didn’t know during the game that Thomas had the record.

“I knew I had thrown a lot of balls to him and I knew he needed 11, so I had a feeling he was close to it or eclipsing it or one of those,” Brees said.

The Titans (8-7) still have a shot at the AFC’s final playoff berth after Houston won the AFC South title beating Tampa Bay on Saturday. The Jets beating Pittsburgh 16-10 means the Titans must beat the Texans in Houston in the finale to earn their second playoff berth in three seasons.

“We got a playoff game next week,” Titans cornerback Logan Ryan said. “A win-and-we’re- in situation. Regardless of what our record, regardless of what division we’re in, that’s a great situation to have if you’re a competitor.”


Tennessee had the ball with 4:24 left and down 31-28. The Saints turned over the ball after lining up for a punt and snapping the ball short to Taysom Hill. He threw to a wide-open Justin Hardee Sr., who dropped the ball.

On the next play, Ryan Tannehill threw to Kalif Raymond to the New Orleans 40. Saints rookie safety C.J Gardner-Johnson hit Raymond, knocking the ball loose. Gardner-Johnson picked it up and ran 38 yards to the Titans 25 with no flag for what Titans coach Mike Vrabel thought was a hit to the head of a defenseless receiver.

“They didn’t see it that way,” Vrabel said. “That’s what happens. It’s fast. It happens quickly. Again, it’s about player safety and about when that player becomes unprotected. There’s a certain time completing the catch, and it’s a fine line.”

Tennessee had one last chance. Tannehill threw incomplete to Tajae Sharpe in the end zone with 1:44 left to turn it over on downs.

The Titans sat Pro Bowl running back Derrick Henry to rest the left hamstring that has limited him the past two weeks. Tennessee announced Saturday Henry was questionable, around the time the Texans clinched the AFC South.

Even without the NFL’s second-leading rusher with 1,329 yards, the Titans jumped out to a 14-0 lead. Tannehill hit Jonnu Smith for a 41-yard touchdown. Then the Titans got creative, handing off to rookie wide receiver A.J. Brown, who ran 49 yards for another TD.

Then the Saints got going on offense, defense and special teams. New Orleans sacked Tannehill four times by halftime and finished with five.


Wil Lutz kicked a 47-yard field goal in the second quarter, his 32nd of the season and a franchise record. Brees threw to Jared Cook who ran to finish off a 61-yard TD for the Saints’ longest play from scrimmage this season, pulling New Orleans within 14-10 by halftime.

Alvin Kamara scored his first touchdown since Week 3, ending the longest scoring drought of his career at nine games with a 40-yard run. He added a 1-yard TD run.

Not only did Thomas set the NFL record for most catches in a single season, he also now has the most receptions over two seasons. Antonio Brown had 265 catches between 2014 and 2015. Thomas came in with 258 and matched Brown’s record with seven catches through the first three quarters. Now Thomas has 270 receptions with a game left this season to add to both marks.

The Saints have some things to clean up. They were flagged 11 times for 70 yards, nine of those in the first half. Four were holding calls, with three false starts.

Titans wide receiver Corey Davis was being evaluated for a concussion in the fourth quarter.

Titans: head to Houston trying to squeeze into the postseason.