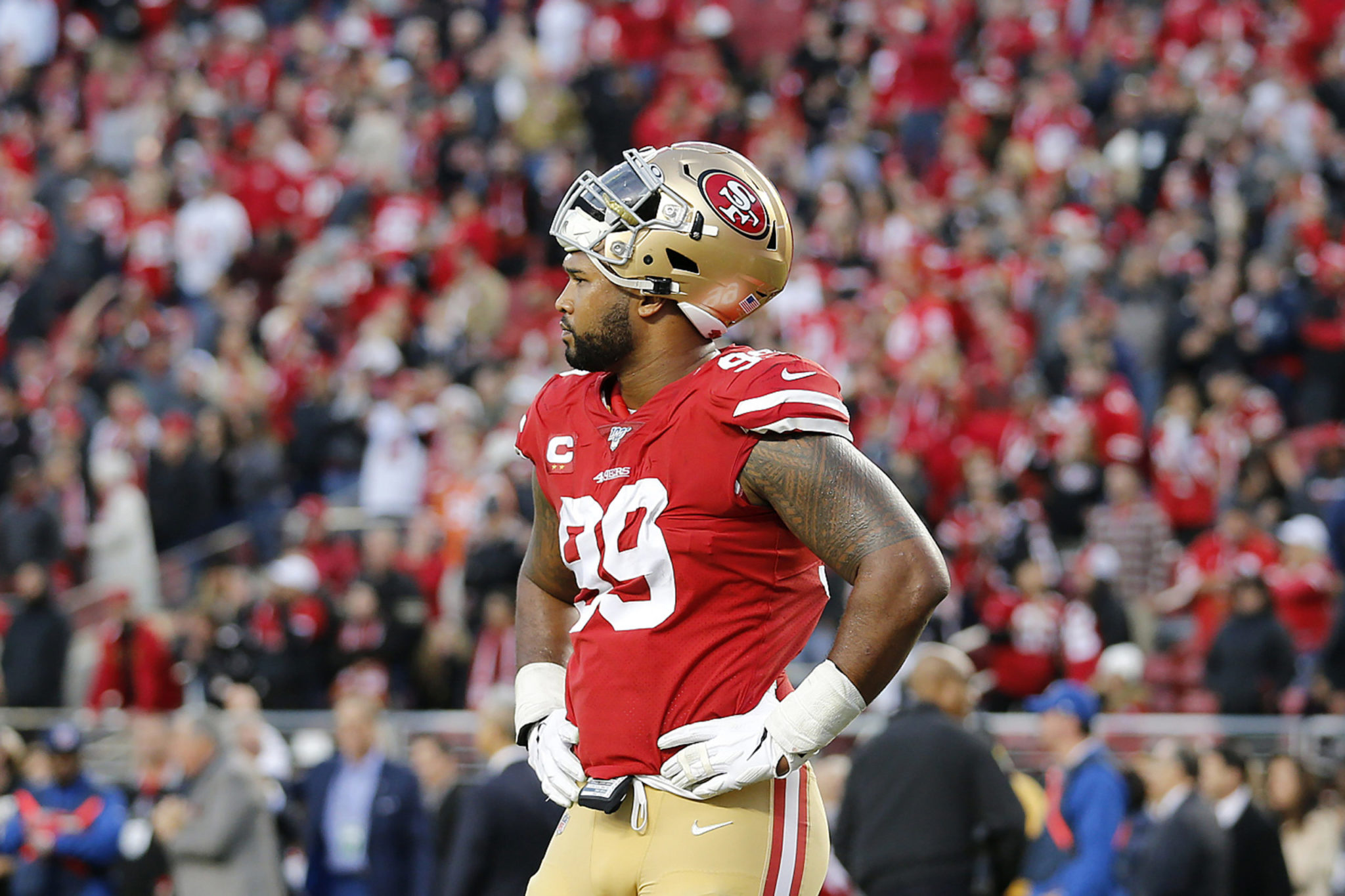 The San Francisco 49ers didn’t have much time to dwell on a lackluster loss to Atlanta with an abbreviated week ahead.

So when the 49ers (11-3) returned to begin preparations for Saturday night’s home game against the Los Angeles Rams, coach Kyle Shanahan delivered the message that despite that loss to the Falcons, the Niners are in complete control in the ultra-tight NFC playoff race.

“There was an opportunity that we had that we missed, and you address that,” Shanahan said Tuesday. “But the neat thing about today is after you go through it for 24 hours you get to go talk to the team. It’s neat to be able to say to the team that, ‘Look guys, last week before we played them we controlled our own destiny. It was a tough loss that we feel we were good enough to win and didn’t get it done, but we still control our own destiny.’ We can’t sit and harp on that too long. We correct the mistakes, but we’ve got to go out there and play good football on Saturday.”


The 49ers are in a group of four teams tied atop the NFC standings with 11 wins heading into the second-to-last weekend of the season. But San Francisco has already beaten New Orleans and Green Bay head-to-head during a grueling three-game stretch before falling flat against Atlanta and finishes the season at Seattle in a showdown for the NFC West title.

All San Francisco has to do to earn the division title, top seed, a bye week and home-field advantage throughout the NFC playoffs is win the final two games of the season.

“You never want to lose a game but fortunately we played well enough the first how many games of the year so that loss didn’t hurt us too bad,” tight end George Kittle said. “Just more disappointed in ourselves. It’s another week to get better and we’re looking forward to the Rams.”

A win this week makes the season finale against the Seahawks a showdown for the division title no matter what else happens. San Francisco can still win the division with a loss this week and a win at Seattle, as long as the Seahawks either also lose to Arizona or the Niners maintain their narrow lead in the strength of victory tiebreaker.

But that could end up costing San Francisco a first-round bye if Green Bay and New Orleans both win out so the simplest and most effective path is to win both games.


“Right now we’re in the driver’s seat for our race, where we want to go and that’s ultimately the big game,” running back Raheem Mostert said. “It starts with the little details and how we can control moving on from that loss.”

The defense has been battered by injuries and allowed at least 20 points in six of the past seven games after allowing 20 or fewer in the first seven contests.

The offense struggled a bit in protection last week without injured starting center Weston Richburg, who was lost for the season to a knee injury the previous week.

“Anytime you miss people it definitely gets harder,” Shanahan said. “But, as every single person says when someone asks them that question, it’s not an excuse, it doesn’t put that in the win-loss column.”