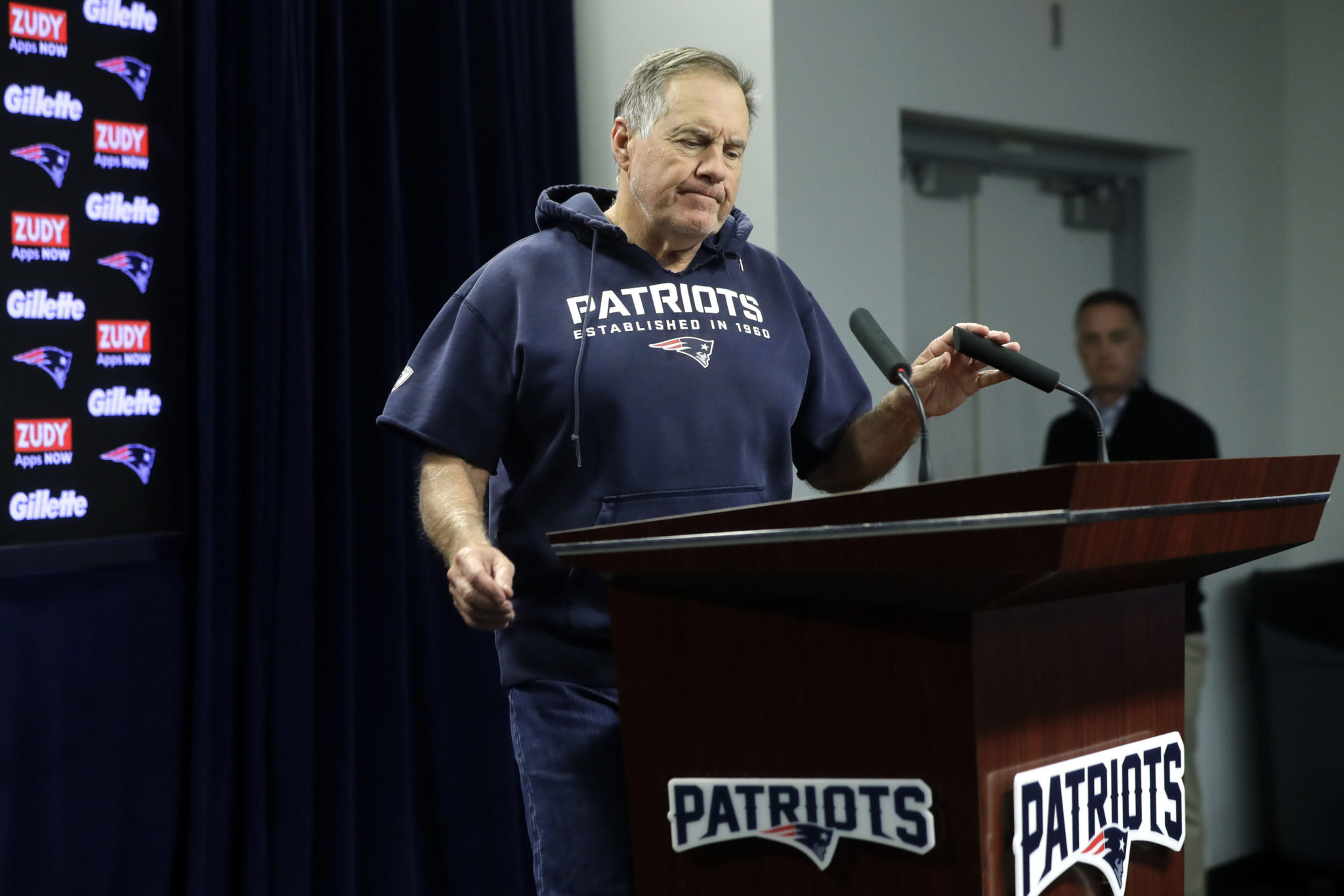 The New England Patriots acknowledged on Monday night that a video crew working for the team filmed the Cincinnati Bengals sideline during Sunday’s game, a violation of league rules that echoed the team’s 2007 Spygate scandal.

In a statement posted on Twitter and the team website, the Patriots said that a three-person crew for a web series titled “Do Your Job” “inappropriately filmed the field from the press box” as part of a feature on the scouting department. The filming took place “without specific knowledge of league rules,” the statement said.

The team also said that while it was granted credentials for the crew from the Browns, the home team, “our failure to inform the Bengals and the League was an unintended oversight.” When confronted, the team said the crew “immediately turned over all footage to the league and cooperated fully.”


“The sole purpose of the filming was to provide an illustration of an advance scout at work on the road. There was no intention of using the footage for any other purpose,” the statement said. “We accept full responsibility for the actions of our production crew at the Browns-Bengals game.”

The Patriots were fined $250,000 and docked a first-round draft pick in 2007 for violating NFL rules against using video to steal signals. Coach Bill Belichick was fined $500,000.

The scandal, dubbed Spygate, helped fuel a widespread distrust of the team that reverberated a decade later when the team was accused of illegally deflating the footballs used in the 2015 AFC championship game. Quarterback Tom Brady was suspended four games, and the team was fined $1 million and docked another first-round draft pick.

The latest allegations came to light when Bengals coach Zac Taylor, whose team plays New England on Sunday, confirmed that the league was investigating the crew’s activities. An NFL spokesman did not immediately respond to a request from The Associated Press seeking comment.

Asked about the reports during his radio show on Monday, Belichick told WEEI radio that the video crew was completely separate from the football staff.

“We have absolutely nothing to do with anything that they produce or direct or shoot,” said Belichick, who did appear on camera in an earlier episode of the series, on the equipment manager. “I have never seen any of their tapes or anything else. This is something that we 100 percent have zero involvement with.”