Steelers hang on for 23-17 victory over Cardinals 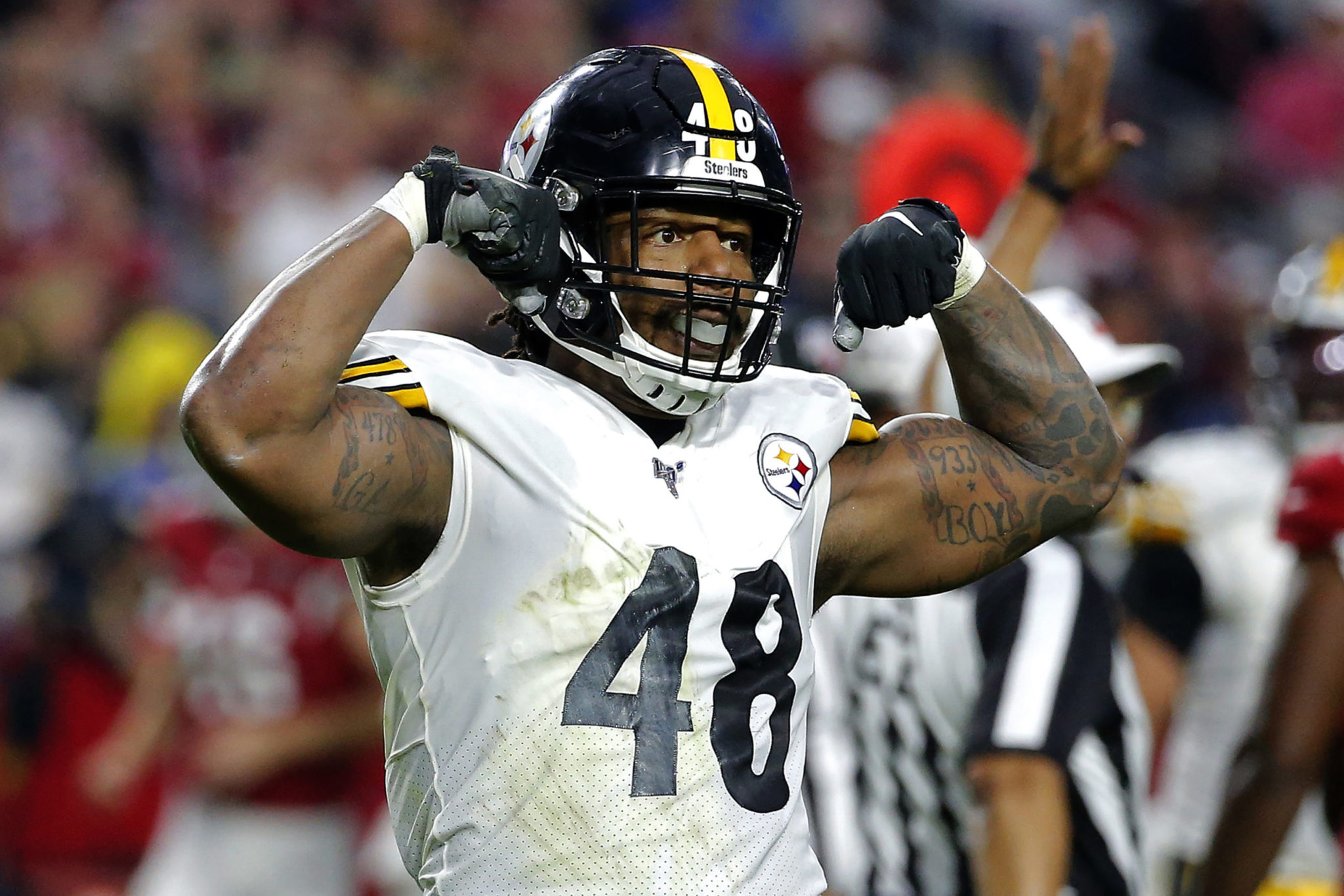 Pittsburgh’s defense was great and the Duck was just fine. After weeks of wondering how this bunch keeps piecing together victories, a clearer picture is beginning to emerge.

Diontae Johnson returned a punt 85 yards for a touchdown and the defense had three crucial interceptions in the second half as Pittsburgh beat Arizona 23-17 on Sunday for its seventh win in eight games.

“We’re going to be unashamed and unafraid,” Pittsburgh coach Mike Tomlin said. “Today was enough. We’ll get ready for the next challenge that the National Football League presents us.”


Pittsburgh’s defense came up big with the interceptions — two by Joe Haden and another by T.J. Watt —- to end promising Arizona drives, including two that had ventured into Steelers territory.

“Everybody expects to make the play,” Haden said. “We’re just depending on ourselves, everybody’s looking at the man in the mirror and feeling like they’re the next one who’s going to make the play.”

Pittsburgh (8-5) won again to stay in the AFC playoff race. Rookie free agent quarterback Devlin “Duck” Hodges made his third career start, completing 16 of 19 passes for 152 yards and a touchdown.

Hodges didn’t need to make many tough throws but came through with a good one in the third quarter, hitting Johnson in the front corner of the end zone for a 2-yard touchdown that gave the Steelers a 20-10 lead.

“Great protection, great route,” Hodges said. “It’s all about timing, we’ve been practicing it and it’s nice to execute it in a game.”

Arizona’s Kyler Murray completed 20 of 30 passes for 194 yards and two touchdowns, but his three interceptions were very costly.

“That’s a great defense, and they obviously made more plays than us today,” Murray said.

They pulled within 20-17 on Murray’s 24-yard touchdown pass to David Johnson with 6:44 left, taking advantage of a short field after Steelers punter Jordan Berry fumbled. The Cardinals had a chance to win on the final drive, but Murray’s desperation fourth-down heave was intercepted by Haden.

The Steelers never trailed, pulling ahead 10-0 late in the first quarter after Johnson’s 85-yard touchdown. He caught Andy Lee’s 60-yard punt, used a few blocks and then cut across the field to his right, where he found lots of room to run.

From that point, he was escorted down the sideline by a handful of teammates, running into the end zone untouched.

The Cardinals spent the second quarter slowly recovering from the slow start. They capitalized after Pittsburgh’s Benny Snell Jr. fumbled, ending the ensuing drive with a 30-yard field goal to pull within 10-3.

Murray hit Charles Clay for a 5-yard touchdown with 1:51 left in the second quarter to tie the game at 10.

“We played hard, had a chance to win it at the end,” Arizona coach Kliff Kingsbury said. “I thought the fight was much better than last week. You’ve got to give them credit — (Hodges) came in and didn’t turn the ball over, executed their offense and gave them a chance to win.”

Tomlin said he was pleased that Johnson bounced back with a big game one week after a rough performance against the Browns.

Johnson a rookie drafted in the third round out of Toledo, finished with six catches for 60 yards and the huge special teams touchdown.

“He’s a rookie,” Tomlin said. “Days like today are days that we like. Last week, we don’t. We’ll see what next week holds.”

PAIN FOR THE PUNTER

Pittsburgh’s Berry took a big hit in the fourth quarter when he tried to run the ball on a fake punt.

Berry said the initial play call was a fake punt, but it was changed at the line of scrimmage after the Steelers saw the Cardinals’ defensive formation. The problem was Berry didn’t hear the change.

“That’s why I got smacked in the face,” he said.

Cardinals LB Chandler Jones forced his sixth fumble of the season in the second quarter when he smacked Hodges’ right arm just as he was trying to throw. Pittsburgh recovered the fumble.

The play was also Jones’ 14th sack of the season and his 55th in 61 games since joining the Cardinals in 2016.

The Steelers host the Bills next Sunday.

The Cardinals host the Browns next Sunday.