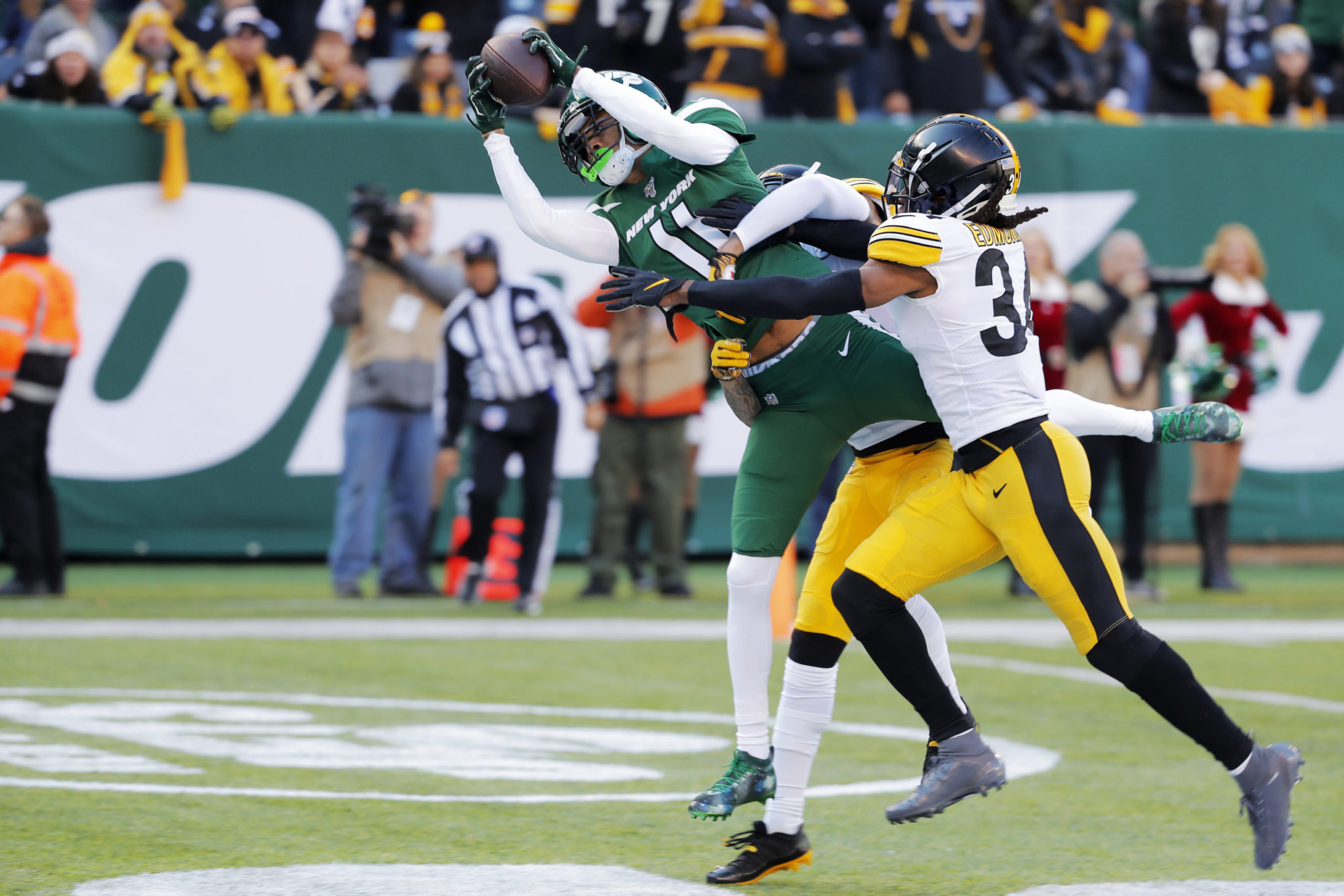 The Pittsburgh Steelers’ path to the postseason just got a lot more difficult.

They entered their game Sunday against former teammate Le’Veon Bell and the New York Jets with their playoff destiny in their hands. They fumbled that away with an ugly 16-10 loss.

“Not a lot to say, and appropriately so,” coach Mike Tomlin said. “This time of year is put up or shut up time and we didn’t get the job done today. We accept responsibility for that and the ramifications of it.”

The Steelers (8-7) now need to win next Sunday at Baltimore, the AFC’s top seed, just to stay alive. They also need Tennessee, which is also 8-7 and currently holds the final wild-card spot, to lose at Houston.


“We’re done worrying about what other people are doing,” linebacker T.J. Watt said. “I think it’s time, and it’s been that way the whole season, to focus on us. Figure stuff out and find ways to win football games.”

The Steelers also have more injury concerns as running back James Conner, center Maurkice Pouncey and quarterback Mason Rudolph all left with injuries. All three will be evaluated and their availability for the game against the Ravens is uncertain.

Conner, who left in the second quarter with a thigh injury, had 32 yards on six carries before leaving. Pouncey hurt his left knee at the end of the third quarter.

“That’s what we’re paid to do,” Tomlin said of dealing with three key injuries. “We embrace that. We’re professionals. We’ve got quality depth. The standard of expectation doesn’t change. We didn’t do enough today.”

Pittsburgh also has a big-time quarterback quandary. Devlin Hodges was benched in this one after throwing two interceptions, but came back early in the fourth quarter Rudolph hurt his left shoulder.

Hodges was 11 of 17 for 84 yards and the two interceptions, while Rudolph was 14 of 20 for 129 yards and a touchdown to Diontae Johnson that helped the Steelers erase a 10-0 deficit to tie it at halftime.

Hodges had a chance to lead the Steelers to a comeback win, but fell short.

His deep pass for James Washington on third-and-7 from the Jets 44 was knocked away by Marcus Maye in the end zone. On fourth down, Hodges’ pass to JuJu Smith-Schuster fell incomplete in front of a MetLife Stadium crowd that appeared to be at least half-filled by Steelers fans.


“I’m still going to be confident,” Hodges insisted. “I can’t let these things get to me. You’ve got to learn from them. I’ve got the job done before and I just have to do it again.”

Smith-Schuster, who returned after missing four games with a knee injury, had two catches for 22 yards.

Former Steelers star wide receiver Hines Ward, now an offensive assistant on Adam Gase’s staff with the Jets, said he hoped to celebrate a win with a Gatorade shower — and he got one moments after New York’s final defensive stop sealed the win.

Meanwhile, Bell helped deal his former team’s playoff hopes a big blow, running for 72 yards, including 7 on a big third-down play in the fourth quarter, on 25 carries. Bell spent his first six NFL seasons in Pittsburgh, but after sitting out all last season in a contract dispute, signed with the Jets (6-9) in the offseason. Bell also had four catches for 21 yards.

“You know, every win feels great,” Bell said. “But this one had a little extra topping on it.”

Sam Darnold went 16 of 26 for 183 yards and a touchdown to Robby Anderson.

The Jets, who blew a 10-0 second-quarter advantage, retook the lead on Sam Ficken’s 37-yard field goal with 6 1/2 minutes left in the third quarter. The drive was helped by rookie tight end Trevon Wesco’s 32-yard catch-and-run that put New York at the Steelers 19.

“It was a dogfight,” Darnold said. “We knew that coming in and we did our job.”

With thousands of Steelers fans twirling their Terrible Towels, the Jets struck first on their opening drive on Darnold’s 23-yard touchdown pass to Anderson, who reached up over two defenders on the run in the back of the end zone and came down with the ball for the score.

The 11-play, 75-yard drive prominently featured Bell, who ran for 26 yards on four carries and had two catches for 6 yards.

New York got the ball back a few minutes later when Tarell Basham made a leaping interception on a pass from Hodges, but the Jets couldn’t do anything with it and went three-and-out.

They came away with points on their next possession, though, with Ficken booting a career-best 54-yard field goal.

Chris Boswell’s 49-yard field goal with 1:18 left in the first half got the Steelers on the scoreboard and cut the deficit to 10-3.

Four plays later, Watt punched the ball out of Darnold’s hands for a strip-sack and recovered to give Pittsburgh the ball in New York territory and a chance to at least edge closer.

Instead, the Steelers were able to tie it with 4 seconds before halftime on Rudolph’s 29-yard pass to Johnson, who zipped past Bless Austin in coverage for the touchdown — sending the fans decked out in black and gold into a tizzy.