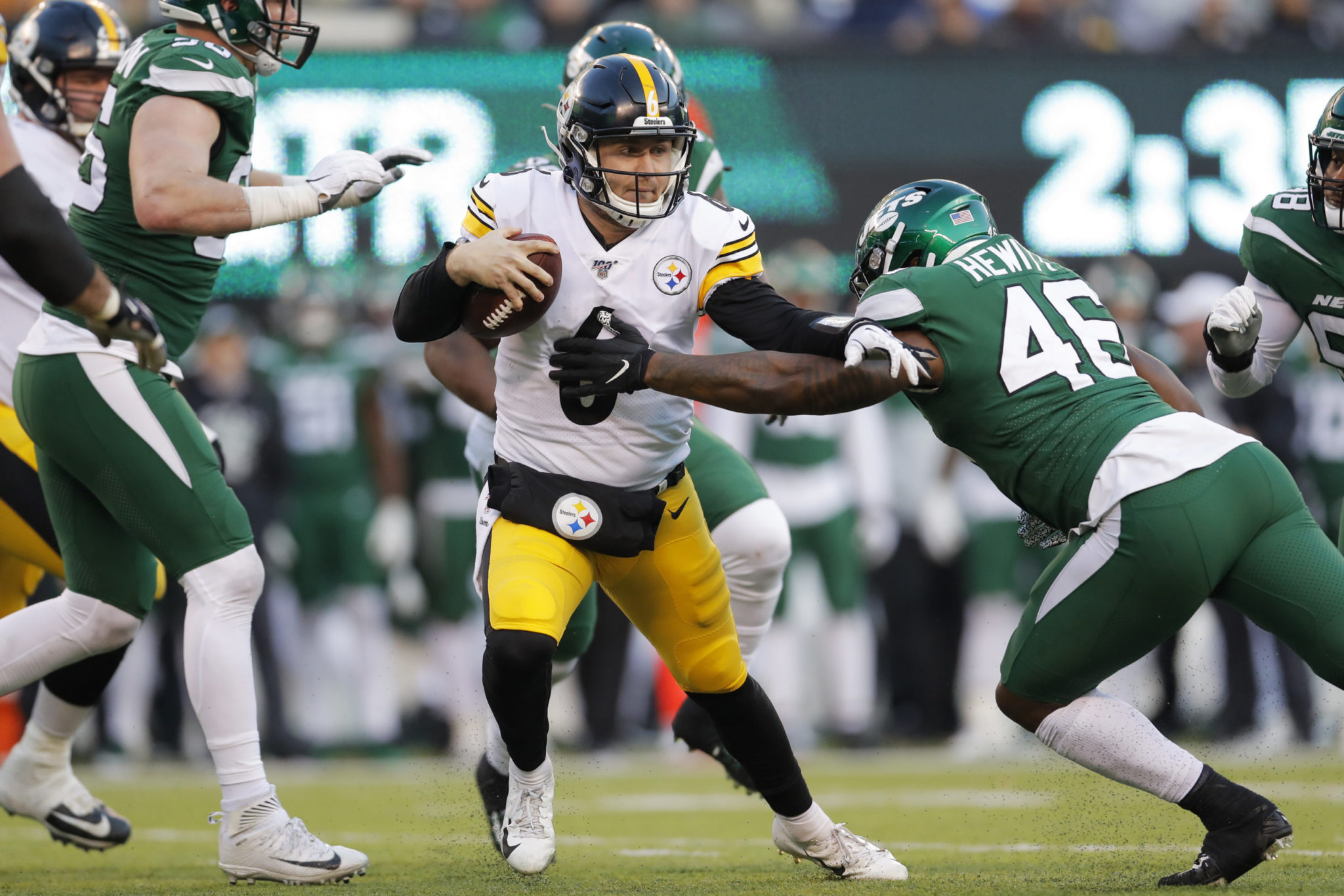 Mason Rudolph’s star-crossed season is over. The Pittsburgh Steelers placed the second-year quarterback on injured reserve on Tuesday, two days after Rudolph hurt his left shoulder in the third quarter of a loss to the New York Jets.

The move clears up Pittsburgh’s quarterback picture heading into the regular-season finale against the Baltimore Ravens. Rookie Devlin “Duck” Hodges will make his fifth straight start for the Steelers (8-7), who are in a tie with Tennessee for the final wild-card spot in the AFC. Paxton Lynch will serve as Hodges’ primary backup. The Steelers signed former Ohio State star J.T. Barrett to the practice squad on Tuesday to provide depth.

Pittsburgh needs Hodges to be more careful with the ball. He’s thrown six interceptions over his past two games and was pulled in the second quarter against the Jets after tossing picks on two of the Steelers’ first three possessions.


While Tomlin stressed he had no issues with Hodges’ preparation or his approach, Pittsburgh’s offensive limitations at this point require avoiding the kind of mistakes that have forced the Steelers to play from behind during a two-game losing streak that’s put their playoff chances in a precarious position.

There’s little chance the Steelers turn to Lynch. A first-round pick by the Denver Broncos in 2016, the Steelers signed Lynch to the practice squad in September and he’s done limited work with the starting group.

“What he’s done to this point hasn’t provided a great deal of comfort to him or to us,” Tomlin said.

Hodges will have to play without center Maurkice Pouncey, who is out with a left knee injury sustained one snap before Rudolph went down. Running back James Conner is questionable with a quad injury suffered in the first half against New York. Conner, a Pro Bowler last season, has missed extensive time already this year with a lingering shoulder issue.

“It’s been a tough year for him and for us in that regard,” Tomlin said of Conner.

It’s been much the same for Rudolph. He beat out Josh Dobbs during training camp to become the top reserve behind starter Ben Roethlisberger. Rudolph took over when Roethlisberger was lost for the season with a right elbow injury in Week 2, but missed time in October after getting knocked unconscious by Baltimore safety Earl Thomas in a loss to the Ravens on Oct. 6. He returned to lead Pittsburgh to three consecutive victories before an ugly 21-7 loss to Cleveland on Nov. 14 that ended with Rudolph getting into a fight with Browns defensive end Myles Garrett, a brawl that culminated with Garrett ripping off Rudolph’s helmet then hitting Rudolph in the head with it. Garrett later accused Rudolph of using a racial slur shortly before the fight, an allegation Rudolph denied and one the NFL said it had no evidence of.


Rudolph started the following week against Cincinnati but was yanked early in the second half in favor of Hodges, who sparked the team to three straight victories before floundering through a four-interception performance in a loss to Buffalo. Hodges started against the Jets but was removed in the second quarter after throwing two more picks. He returned in the fourth quarter after Rudolph went down.

The 24-year-old Rudolph passed for 1,765 yards with 13 touchdowns and nine interceptions in 10 games. Tomlin said Rudolph’s injury does not require surgery but he will not play again this season even if Pittsburgh manages to reach the playoffs.

The Steelers do not control their own destiny to reach the postseason. There are several scenarios in play. The clearest path includes Pittsburgh beating the AFC North champion Ravens (13-2) while hoping AFC South champion Houston beats Tennessee.

“We made the bed, we’re willing to lay in it,” Tomlin said. “I’ve been in these circumstances before … We’ll see where we are when the dust settles.”