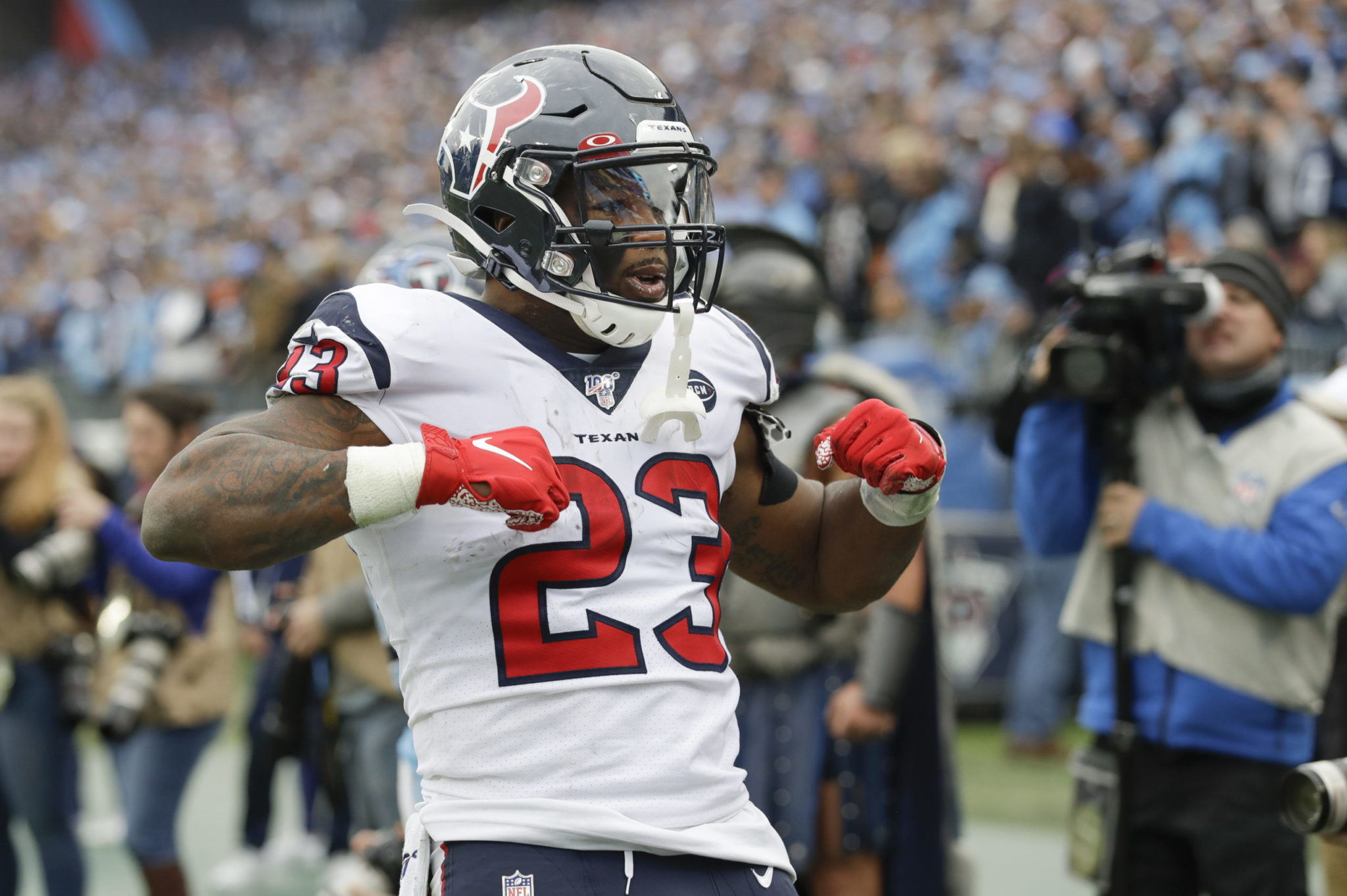 The Houston Texans grabbed control of the AFC South by beating the Tennessee Titans 24-21 Sunday.

The defending division champs are looking for Houston’s fourth AFC South title in six years under coach Bill O’Brien. The Titans haven’t won this division since 2008, and Mike Vrabel is Tennessee’s third coach since then.

Ka’imi Fairbairn kicked a 29-yard field goal with 3:26 left for the winning points.

The Texans (9-5) nearly blew a 14-0 halftime lead. Deshaun Watson threw for 243 yards and two touchdowns, but Tennessee also intercepted him twice inside the Titans 1.

The Titans (8-6) snapped a four-game win streak with only their second loss in seven games. Now they will need help in the final two games to earn their second playoff berth in three seasons.


When the Titans tied it at 14 early in the fourth quarter, the Texans scored 10 straight points. Carlos Hyde ran for a 10-yard TD, then Fairbairn’s field goal finished Houston’s scoring.

Ryan Tannehill hit Dion Lewis with an 11-yard TD pass with 2:04 left to pull Tennessee within 24-21. But the Titans used backup kicker Ryan Santoso on the onside kick, and the ball only went 7 yards before being smothered by Texans safety Justin Reid.

The Titans forced a punt with 28 seconds left. LeShaun Sims fielded the punt at the Titans 1 instead of letting the ball go into the end zone. Tannehill was sacked, then spiked the ball with a second on the clock. Officials ruled time had expired.

Tennessee outgained Houston 432-374. Tannehill threw for 279 yards, ran for a 1-yard TD, but also was intercepted at the goal line. Derrick Henry snapped a four-game stretch of 100-yard rushing games, finishing with 86 yards on 21 carries for Tennessee.

This game featured a pair of 14-point swings and three interceptions combined around the goal line.

The first came in the second quarter when the Titans had first-and-goal at the Houston 5 when Tannehill threw to Anthony Firsker, who had the ball popped out by Reid. Texans linebacker Whitney Mercilus ran 86 yards to the Tennessee 14. Watson hit Kenny Stills two plays later for a 12-yard TD and a 7-0 lead.

The Texans then forced Tennessee three-and-out with Henry watching from the sideline, and Watson drove Houston 72 yards. He found Stills again with a 16-yard TD pass for a 14-0 lead.


After Tennessee staged a 15-play drive capped by a 1-yard TD run by Tannehill, the Texans had second-and-goal at the Tennessee 4. Titans rookie defensive tackle Jeffery Simmons tipped a Watson pass that was picked off by linebacker Jayon Brown in the end zone inside the final minute of the third quarter.

The Titans drove 80 yards before Tannehill threw a 5-yard pass to A.J. Brown for the tying TD.

Ryan Succop is 1 of 6 since being activated off injured reserve for the Titans, who already ranked last in the NFL in field goal percentage. Texans lineman Angelo Blackson blocked his 45-yard field goal attempt in the first quarter after Vaccaro’s interception.

Houston linebacker Jacob Martin went down but walked to the sideline with about three minutes left. Linebacker Benardrick McKinney followed a play later and did not return with a concussion.