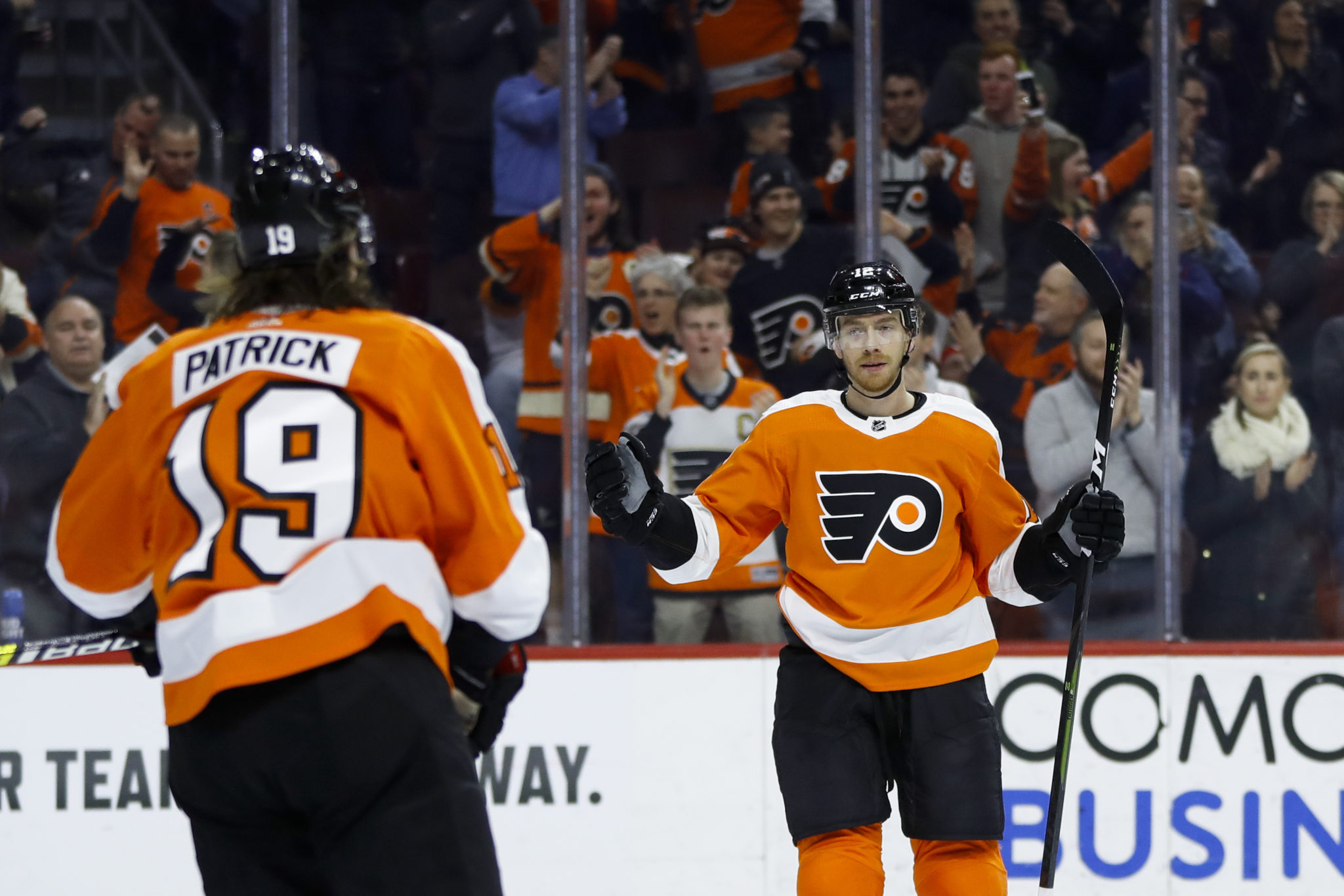 PHILADELPHIA — The Philadelphia Flyers have transformed from the worst team in the NHL to not-so-bad in the East.

Their recent run toward respectability could net them the playoff berth that seemed inconceivable before the All-Star break.

Oskar Lindblom, Michael Raffl and Scott Laughton scored in the second period, and hard-charging Philadelphia beat the Ottawa Senators 3-2 on Monday night to inch closer to a wild-card spot.

“It’s been realistic for us for a while,” Flyers center Nolan Patrick said. “Everyone believes. That’s our goal and that’s what we’re pushing toward.”

The Flyers were 16-23-6 on Jan. 12 and even the faithful fans had all but lost hope for a playoff appearance, thinking their favorite team was about to play out the string under new general manager Chuck Fletcher and interim coach Scott Gordon.

Led by rookie goalie Carter Hart, the Flyers reeled off an eight-game winning streak over late January-February to climb out of the NHL cellar and have now won four of five games to move toward the eighth seed.

Columbus, which sits in eighth in the East, lost 2-0 to the New York Islanders on Monday and Montreal was idle. Both teams have 79 points, but Columbus holds the tiebreaker.

The Flyers have 76 points with 13 games remaining and what once was a lost season instead has the team thinking playoffs.

“It’s getting closer and closer, for sure,” defenseman Radko Gudas said. “We can’t be looking at the big picture, right now. It’s been working for us looking at the game ahead.”

Chris Tierney beat Brian Elliott, subbing for the injured Hart, for his eighth goal of the season in the first period in front of a listless crowd.

But the Flyers perked up in the second and ripped off three goals against Craig Anderson in a scoring frenzy that had Gritty dancing. The Flyers tied it on a bit of a pinball play — Shayne Gostisbehere fired a slapper off Sean Couturier’s knee and the puck pinged off Lindblom’s skate for the quirky goal.

Raffl tipped in his sixth goal of the season for a 2-1 lead in his 400th career NHL game, and Laughton followed with his 11th late in the period.

“We’ll see where we end up,” Raffl said. “It’s a little bit too much if you look at the big picture.”

The Flyers are 6-1-1 over their last eight and are as close to a wild-card spot as they’ve been since November, before they fired general manager Ron Hextall and coach Dave Hakstol.

Flyers fans finally started a “Let’s go Flyers!” chant in the waning minutes and they cheered when the Blue Jackets’ score flashed on the big screen.

Filip Chlapik scored his first goal of the season with 3 minutes left but it was too late for the Senators in their fourth straight loss.

“You can’t come down to the end and hope to get two against a good team,” Tierney said.

The Flyers held on and meaningful games in April suddenly seem on the horizon.

NOTES: Laughton has points in five straight games. … Both teams have new coaches since their last meeting in November (Hakstol-Gordon for the Flyers; Guy Boucher-Marc Crawford for the Senators). … Flyers F Jakub Voracek served the first of a two-game suspension for interference against New York Islanders defenseman Johnny Boychuk.