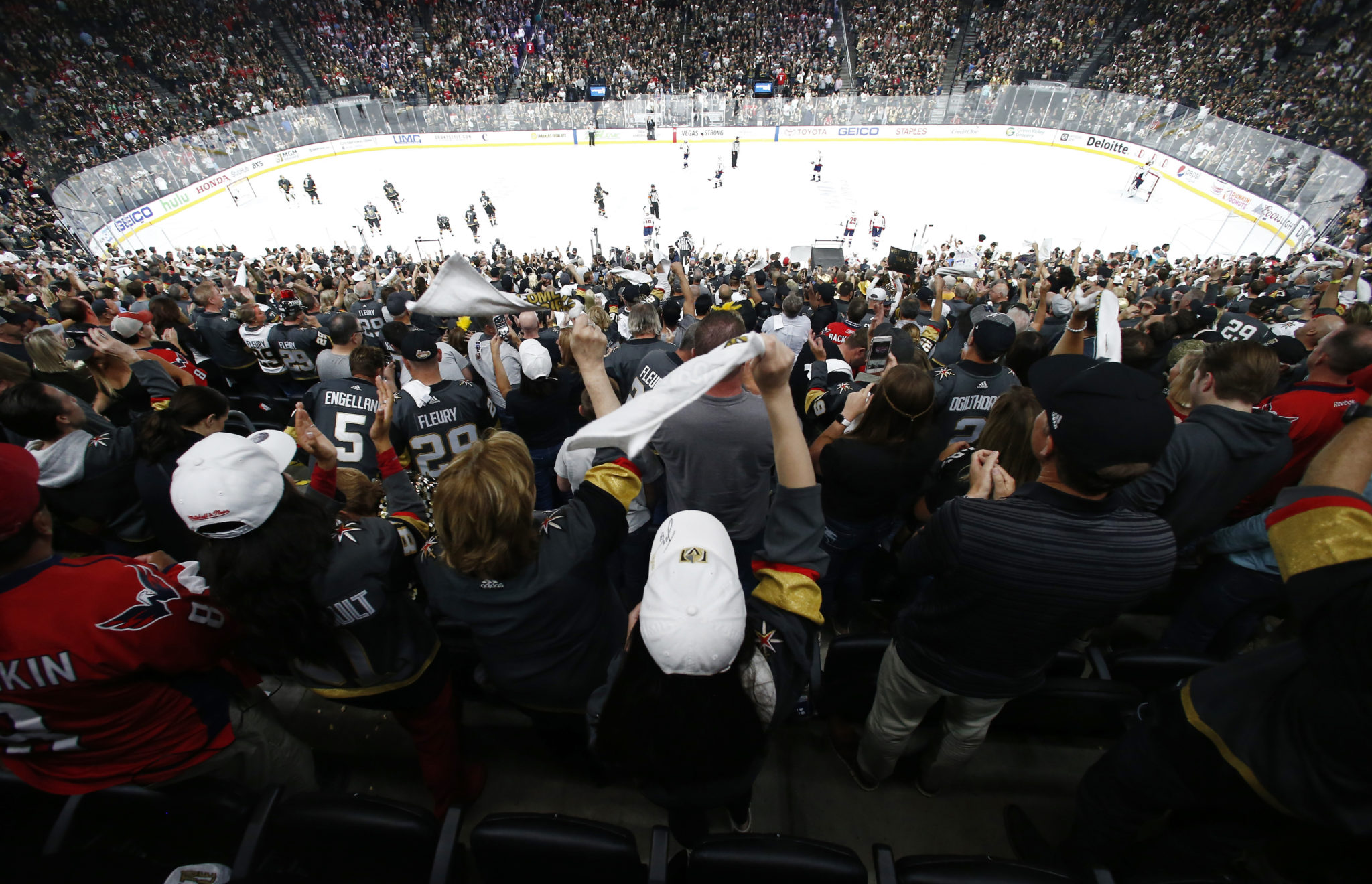 The 32-year-old fan gets a pair of chairs set up behind a counter — giving him plenty of space for food and drink — in a spacious area perched near the rafters behind a net.

“There’s nothing better than watching hockey in person,” Larson said recently while watching Detroit host Chicago in a preseason game.

The Red Wings, and every other NHL team, hope there are a lot of people who agree with him.

Detroit is desperately trying to keep fans filing into its arena, which is a little more than two years old, as the allure of the spectacular facility wears off while the team trudges through a multiyear rebuild.

Despite another season without a trip to the playoffs, the Red Wings said the arena was filled to 98 percent of capacity on average. They ranked in the middle of the pack in a league that generally is able to draw fans to watch its high-speed, full-contact product in person. Ten teams averaged sellouts and just five of 31 franchises had an average attendance last season that didn’t fill at least 90 percent of their arenas.


While Detroit did not have trouble selling tickets last year, it wasn’t always playing in front of a packed house because some fans simply couldn’t get people to take and use their tickets. To make unoccupied seats stand out less on TV for Red Wings and Pistons games, the red material covering chairs has been replaced by black to blend in throughout Little Caesars Arena.

“It was an expensive choice,” Larson said. “I would’ve hated to foot the bill for it.”

Like franchises in other sports and leagues, NHL teams are invested in enhancing game-day experiences, knowing there is a lot at stake to keep them coming to arenas instead of staying at home.

“Our biggest competitor is Netflix,” San Jose Sharks vice president Doug Bentz said. “The one advantage we have over Netflix is you’re a part of a community at a Sharks game. We want more of that in our world where so many are stuck on devices in isolation or binge-watching on a couch maybe with one other person.”

On streets and in living rooms, St. Louis is still buzzing from its first Stanley Cup.

The Blues will raise a championship banner Oct. 2 before opening the season against the Washington Capitals. Blues season-ticket holder Mike Buschhorn plans to be there for the party, deciding not to cash in on his tickets by selling them and watching the festivities on TV.

“You have to be at a hockey game in person to get it,” the Blues fan said. “TV doesn’t do it justice. It is the most exciting sport to be at.”

The price of tickets, however, plays a part in keeping some fans at home.

“It’s a lot cheaper for a 12-pack on the weekends,” Blues fan John Fuchs said.

The Carolina Hurricanes have gotten creative, trying to climb up from the bottom of the NHL’s attendance figures in terms of percentage of capacity. Carolina sold a little more than three-fourths of its tickets at its Raleigh arena last season to rank ahead of only Ottawa after a three-year run of being last in the league.


The team has been offering monthly subscription passes, giving fans access to a certain number of games for a one-time fee at a substantial savings compared to individual tickets. The mobile-only, ticket-selling innovation has become relatively common in Major League Baseball, but the Hurricanes are a unique team in the NHL to try it.

“It gets people in the building for an affordable price,” Hurricanes vice president Mike Forman said. “We think if we can get people to a game, they’re hooked.”

Red Wings fan Melanie Bidwell was one of the many hooked on hockey in the Motor City for years, proudly counting herself as a season-ticket holder for more than a decade. When the team moved from Joe Louis to Little Caesars Arena two years ago, she continued to buy season tickets.

Last season, she gave up her tickets as her family got busier and doesn’t regret it.

“It’s nothing against the Red Wings, we still love them, but it’s not convenient to get to games when you’re juggling work schedules and a 9-year-old boy playing hockey,” she said. “I’m excited that the season is starting again, but our family priorities will keep us at home watching games on TV so we can get our kid in bed for school and we can get up for work.”