Hurricanes top Islanders, off to best start in franchise history 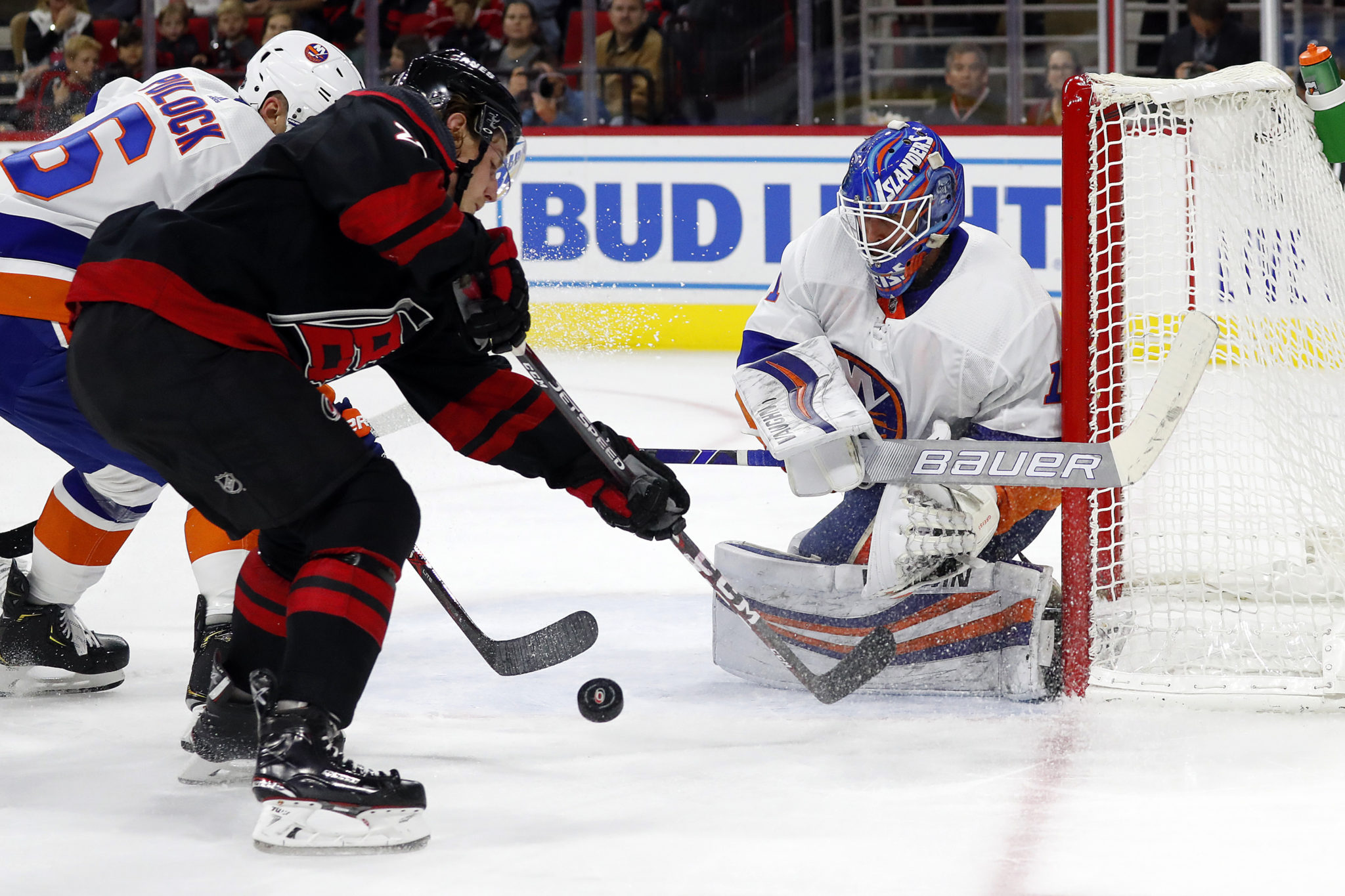 Carolina’s win over the New York Islanders showed the Hurricanes they have a team worthy of the best start in franchise history.

Dougie Hamilton and Andrei Svechnikov each had a goal and an assist as the Hurricanes improved to 5-0-0 for the first time with a 5-2 win over the Islanders on Friday night.

Teuvo Teravainen, Brett Pesce and Eric Haula also scored, and Nino Neiderreiter added a pair of assists for the Hurricanes, whose previous best start was 4-0-0 in 1995-96. Peter Mrazek stopped 17 of 19 shots in goal.

After winning in overtime in their first three games, the Hurricanes outscored Florida and the Islanders 11-5 in the last two games.

Brock Nelson had a goal and an assist, Johnny Boychuk scored and Jordan Eberle added two assists for the Islanders, who fell to 1-3-0. New York managed just two shots on goal in the third period against Carolina’s relentless pressure.

No defenseman gets into the play on offense for the Hurricanes more than Hamilton, who assisted on Teravainen’s game-opening goal just under four minutes in. He has three goals and four assists on the season.

Later, Hamilton gave Carolina its first two-goal lead at 4-2, scoring on a shot from the point past Thomas Greiss in the final minute of the second period.

Haula had broken a 2-2 tie earlier in the period when he forced his way to the front of the net and lifted his own rebound past Greiss. Haula, who has four goals, is off to a fast start after being acquired in June from Las Vegas for forward Nicolas Roy and a conditional fifth-round selection in the 2021 draft.

“We’re having fun with each other,” Haula said. “We’re going out there every night and throwing what we’ve got at the other team, and that’s good. It’s good stuff. We have a good team and we’re hard to play against.”

The Islanders last faced Carolina in the second round of the playoffs in May. The Hurricanes swept New York in the series. The Islanders started Vezina Trophy finalist Robin Lehner in each game of that series, despite the 6-1 record Greiss had in his most recent seven starts against the Hurricanes.

Greiss got the start Friday and finished with 35 saves on 39 shots as the crowd taunted the Islanders with chants of “Sweep, Sweep.” Despite the identical score, Trotz said the effort was better than the Islanders gave in a 5-2 loss to Edmonton earlier in the week.

“Much better than the other game, no question,” Trotz said. “I thought our compete level was much higher and more focused, and we’re playing a really good hockey team right now that’s on.”


The Hurricanes were so effective that Carolina coach Rod Brind’Amour said he couldn’t find anything to complain about.

“I like the way the guys are coming to work every day,” he said. “The 5-0, it’s kind of irrelevant. We’re trying to win the day, and that’s the mentality the guys have had, and we have to continue. That’s what we’re trying to sell here, and so far they’re buying into it.”

The Islanders: Home against Florida on Saturday.

The Hurricanes: Plays its second home game in as many nights, hosting Columbus on Saturday.

Ken Tysiac is a reporter for The Associated Press.