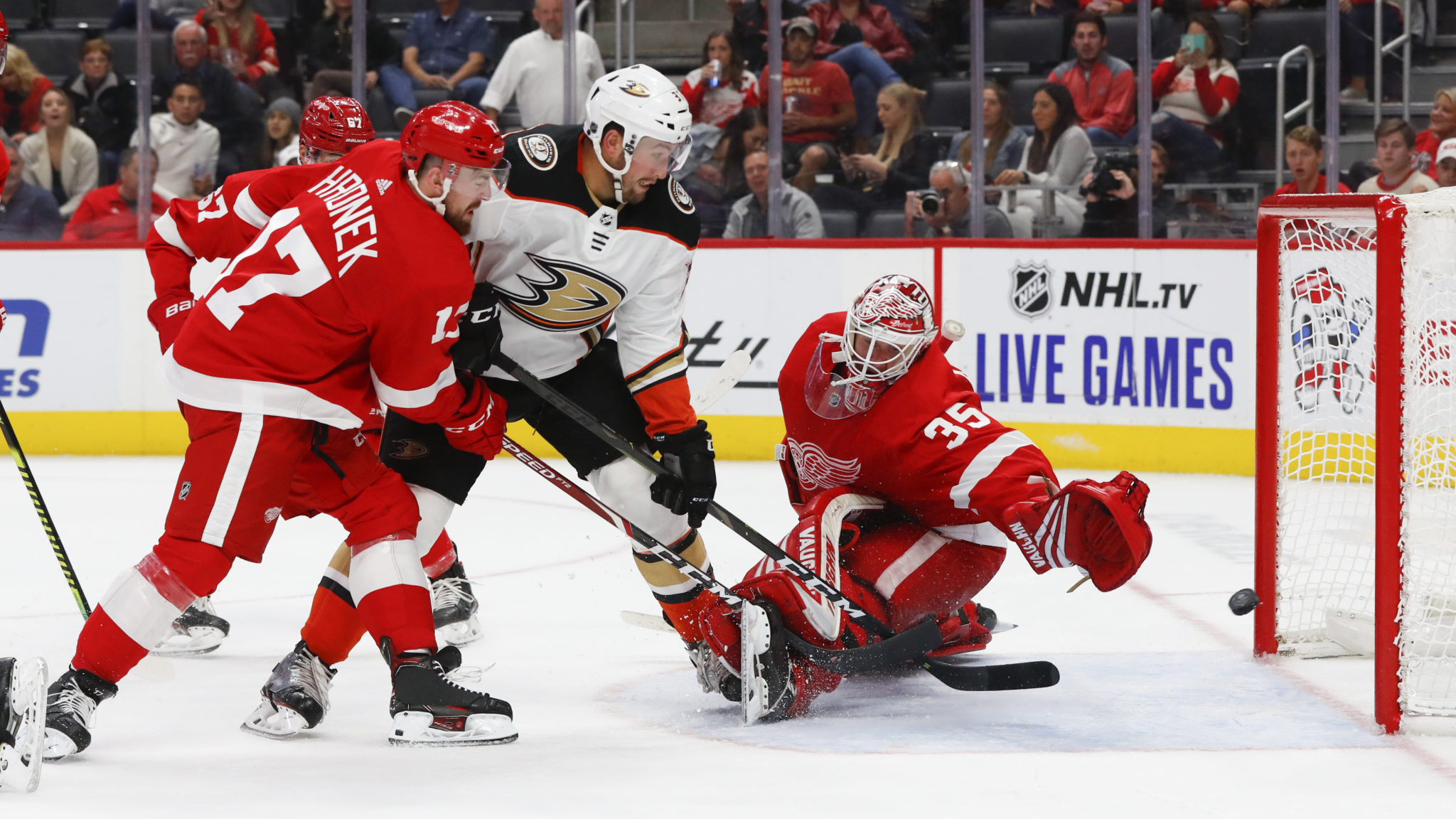 The Anaheim Ducks have ridden a hot goaltender to the franchise’s third 3-0 start.

The Ducks also won their first three in 2006-07 and last season. So far this season, they’ve been buoyed by John Gibson, who has allowed one goal in each of the three games.

“Gibby (Gibson) kept us in the game for two periods,” Ritchie said. “We knew we had a better game in us, so we came out in the third, got a couple bounces and got the goals we needed.”

Jakob Silfverberg had a goal and an assist and Rickard Rakell also scored for the Ducks. Gibson made 31 saves.

An apparent goal by the Red Wings’ Dylan Larkin 8:06 into the third period was overturned because it was ruled the play went into the zone offside, and Ritchie scored on a rebound 1:04 later to give the Ducks a 2-1 lead. Silfverberg made it 3-1, beating Howard from the inside edge of the left circle off the rush, 47 seconds after that.


“It was a little bit of a Muhammad Ali rope-a-dope — we were against the ropes early and then we were able to come back,” Anaheim coach Dallas Eakins said.

“It’s one of those things. It’s a game of momentum and a game of inches and it just didn’t go our way tonight,” Howard said.

Rakell tied it at 1, 4:52 into the third, when Hampus Lindholm’s shot bounced off Rakell, past Howard and into the net. Rakell’s first goal followed a turnover by Detroit’s Tyler Bertuzzi at his own blue line.

Hronek scored with 5 seconds left in the second period after hitting the goal post twice — one from each circle — during the previous 15 seconds or so.

The defenseman finally beat Gibson with a one-time slap shot from the left circle for his first goal of the season. It came with Howard out and Detroit playing 6-on-5, because a penalty was being called on the Ducks.

Larkin also hit the goal post for the Red Wings a little less than five minutes into the middle period.

Paul Harris is a reporter for The Associated Press.