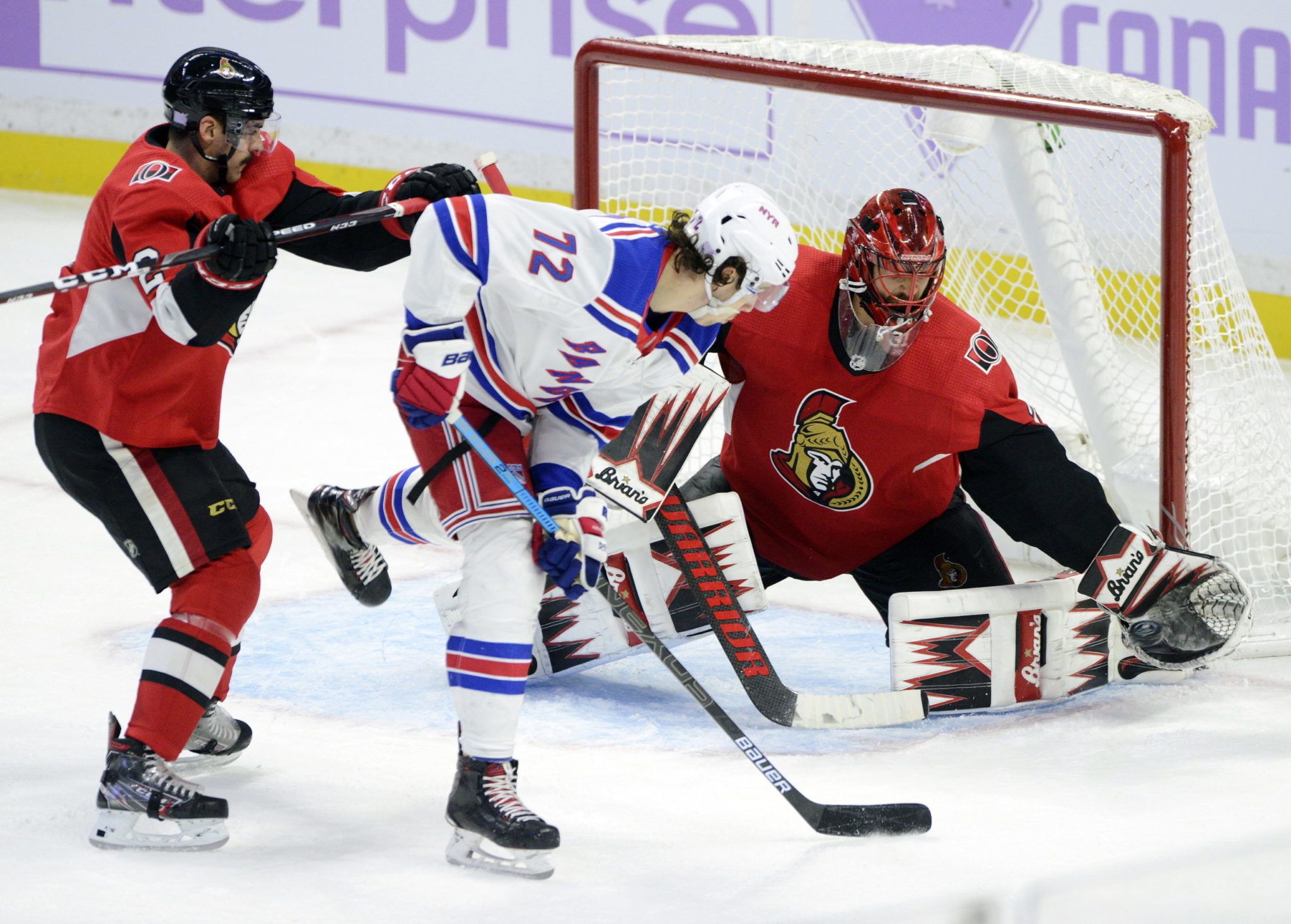 The Ottawa Senators have finally found a winning game plan.

Thomas Chabot had a goal and an assist, Anders Nilsson stopped 30 shots, and the Senators beat the New York Rangers 4-1 on Friday night for their first three-game win streak of the season.

Logan Brown, Tyler Ennis and Anthony Duclair also scored for Ottawa, which has won seven of its last nine and has 23 points in 23 games (11-11-1) this season,

“I think we’re playing some really good hockey,” said Nilsson, who has won his last four starts at home while allowing just five goals in that stretch. “You saw the way we played (Friday) and especially the way we played in the first period. We came out and had one of the best periods all year in the first and shut them down completely.”


Jacob Trouba scored for the Rangers, and Henrik Lundqvist finished with 35 saves.

The Rangers have been going through their own struggles and Lundqvist admitted New York could take a page from the Senators’ playbook.

“They work hard and that’s why they’ve been winning,” Lundqvist said. “If you look at their record the last few weeks they win because they work really hard and pay attention to the details within their game. They earn their wins.”

Ottawa got off to a fast start, scoring twice in the first 6 1/2 minutes. Chabot got the Senators going just 57 seconds in with his first goal in 17 games, and Brown scored on the power play at 6:32 for his first NHL goal.

“That’s something I’ve dreamt about my whole life,” said Brown, who was playing his 15th career game. “Especially the past couple weeks with all the unlucky bounces I’ve had. I’ve been thinking about getting that one.”


Trouba got the Rangers on the scoreboard with a shot from inside the blue line that took a bounce that fooled Nilsson with 2:40 left in the opening period.

Ottawa continued to control the pace of the game for much of the second period. Ennis gave the Senators a 3-1 lead at 1:11 as he fought his way to the net and beat Lundqvist with a wrist shot.

After failing to score on two power plays, including a double-minor Ottawa’s Christian Jaros, the Rangers got into penalty trouble themselves.

“An abysmal game in so many ways,” New York coach David Quinn said. “Give Ottawa a lot of credit. They played hard, they played smart, they won every foot race and they won every 1-on-1 battle. This is as disappointing as it’s been because I thought we were going in the right direction and building off a couple real good ones for us, but it’s back to square one.”

Ottawa had a two-man advantage, and Lundqvist made three big saves, but was then beat by Duclair with 6:36 remaining.

The Senators had another two-man advantage 16 seconds later, but were unable to beat Lundqvist again.