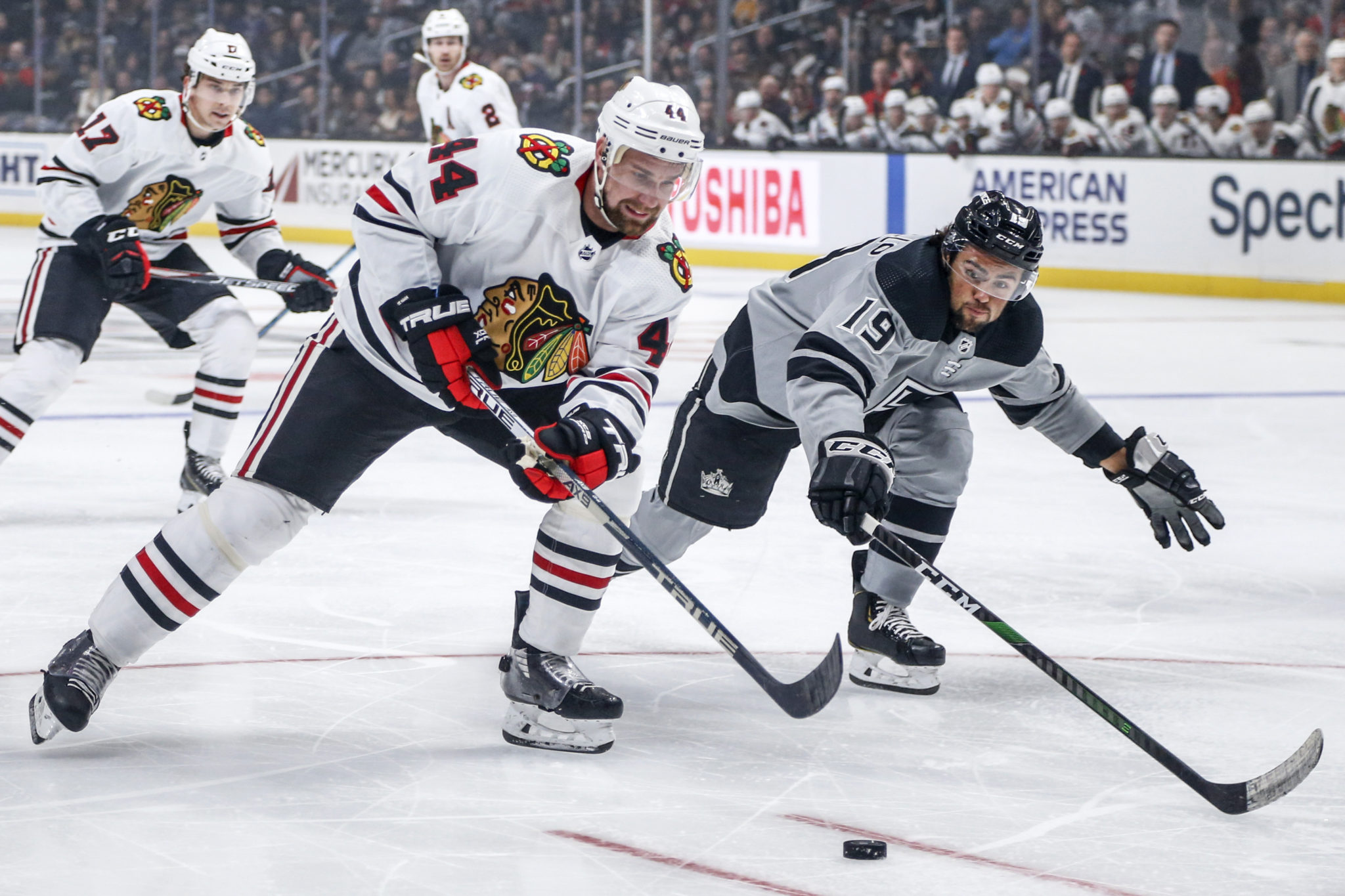 Drew Doughty scored with 16.6 remaining in overtime and the Los Angeles Kings beat the Chicago Blackhawks 4-3 on Saturday night.

David Kampf had a goal and Dominik Kubalik scored on the power play for the Blackhawks, who are 1-4-2 in their past seven games. Corey Crawford made 40 saves.

Crawford stopped the initial shot during a 2-on-1 break late in overtime, but the puck trickled free from under the Blackhawks goalie. Doughty was able to tap in the loose puck for his fourth goal of the season.

The Kings went up 2-0 early in the first period on goals by Clifford at 2:50 and Roy at 4:29. The Blackhawks cut it to 2-1 on a power-play goal by Kubalik at 8:25. Kampf tied it at 2-all when Campbell misplayed the puck under pressure from Kubalik, giving Kampf a shot into an open net for his second goal of the season at 17:23.

Crawford came out of the game and went back to the dressing room after Roy’s goal, but returned with 10:13 left in the period. Crawford had taken a puck to the mask on a shot by Kings defenseman Kurtis MacDermid at 2:41.