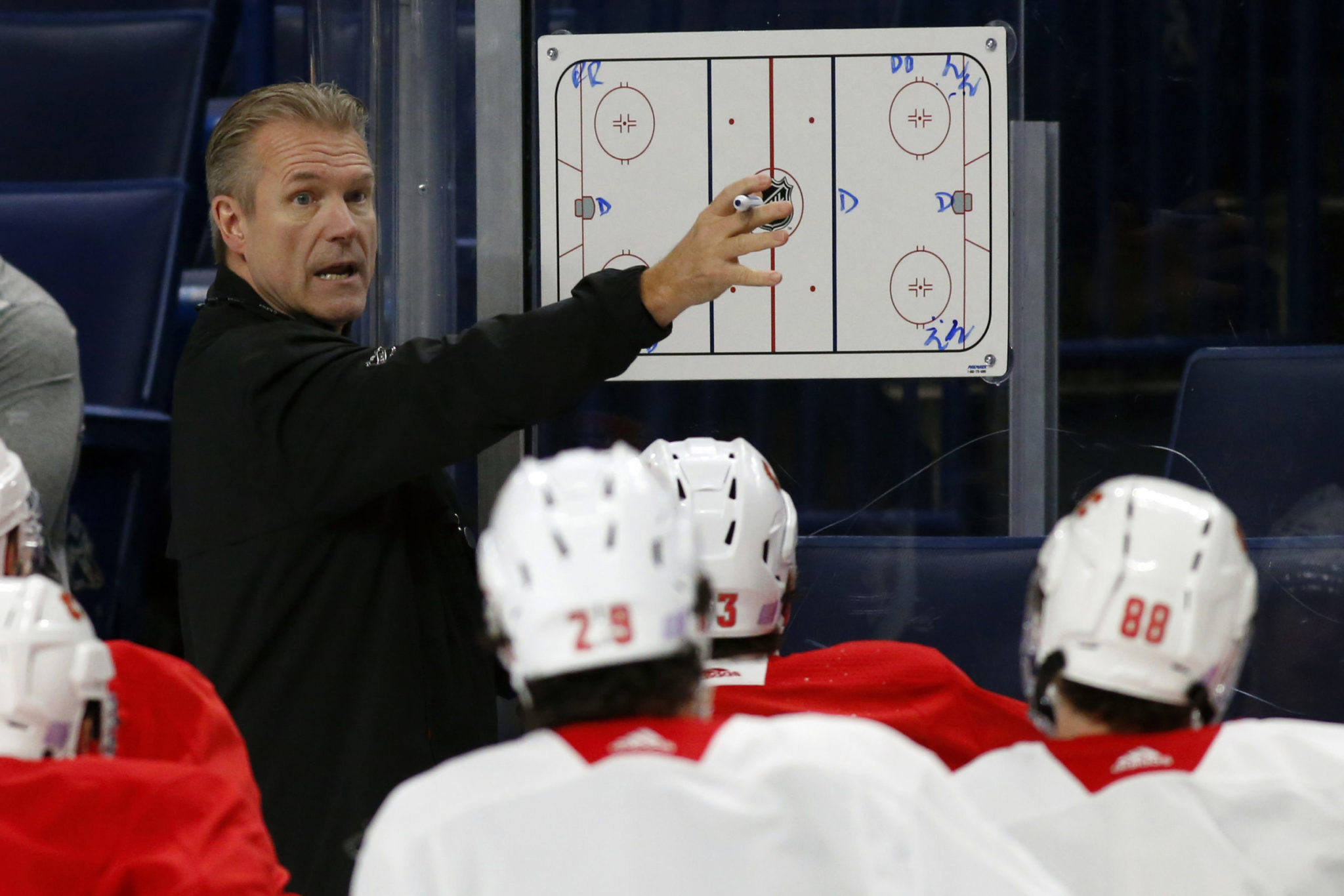 Calgary Flames coach Bill Peters acknowledged in a letter of apology on Wednesday that he used offensive language in dealing with a Nigerian-born player 10 years ago in the minors.

General manager Brad Treliving confirmed receipt of the letter, which was first posted on Twitter by TSN, a Canadian sports cable network, during the third period of Calgary’s 3-2 overtime win at Buffalo. Treliving would only say the Flames are reviewing the letter as part of their continuing investigation into Peters, and that he could have an update as early as Thursday.

Without specifically revealing the words he used, Peters wrote his comments to Akim Aliu were the source of both anger and disappointment.

“Although it was an isolated and immediately regrettable incident, I take responsibility for what I said,” Peters wrote, saying the comments were made in a “moment of frustration” and that his words didn’t mirror his “personal values.”


Those were Peters’ first comments in the three days since the NHL and the team began investigating allegations made by Aliu, who said Peters “dropped the N bomb several times” because he didn’t like the player’s choice of music. The alleged confrontation happened during the 2009-10 season while the two were with the Chicago Blackhawks minor league affiliate in Rockford, Illinois.

“I have regretted the incident since it happened and I now also apologize to anyone negatively affected by my words,” Peters wrote. “I meant no disrespect in what I said and it was not directed at anyone in particular. But that doesn’t matter. It was hurtful and demeaning. I am truly sorry.”

Treliving called it a “difficult three days for everyone.”

“This investigation we’re doing, I know everyone wants this done immediately and the world we live in is immediate,” Treliving said. “I hope you can appreciate we’re trying to do everything we possibly can to make sure we get it right and get all the information that needs to be gotten.”

In another development Wednesday, Peters was accused of punching and kicking players while he was Carolina’s coach.

Hurricanes coach Rod Brind’Amour said “for sure that happened,” backing a former player’s complaints about Peters physically going after his own players behind the bench during his four seasons in Carolina from 2014-18.

Brind’Amour, who was an assistant on Peters’ staff, said he was proud of the way players and support staff handled what happened by immediately bringing their concerns to team officials.

“Management handled it directly and never heard of it again and never saw anything else after that,” said Brind’Amour, who spoke to reporters in New York before the Hurricanes’ game against the Rangers. “So it was definitely dealt with, in my opinion, correctly. … We’ve definitely moved past that.”

Brind’Amour took over as coach after Peters opted out of his contract following the 2017-18 season. Peters was then immediately hired by the Flames, where he led the team to a 50-win season and a Pacific Division title in his first year.

Brind’Amour’s comments increased the scrutiny on Peters, whose future in Calgary remains in question.

Peters traveled with the team to Buffalo on Tuesday, a day after Aliu posted his allegations. But Peters’ whereabouts were unknown, with the Flames only saying he wouldn’t be behind the bench for Calgary’s game at Buffalo on Wednesday night. Associate coach Geoff Ward served as coach.

Ward and Flames players attempted to place the focus on the game, not Peters.


“I don’t have any comment about that, I’m just here to talk about hockey,” Ward said. “Everything else will be decided when everybody’s done their due diligence on it.”

Ward said the Flames have not informed him what his role would be beyond coaching Wednesday’s game, his first as an NHL head coach. He has more than 25 years of coaching experience and joined Peters’ staff this season after spending the past three years as an assistant in New Jersey.

“We all feel for everybody involved. It’s not a perfect situation,” Ward said. “We’ll worry about the next step once we get through this game today.”

Following the win at Buffalo, the Flames travel to Calgary to open a three-game homestand Saturday against Ottawa.

“All this extraneous stuff that’s going on, we’re just not even thinking about it,” center Derek Ryan said. “As professional athletes, we go through different situations throughout the year where we have to block stuff out. And we’re just trying to keep that as another one of those situations.”