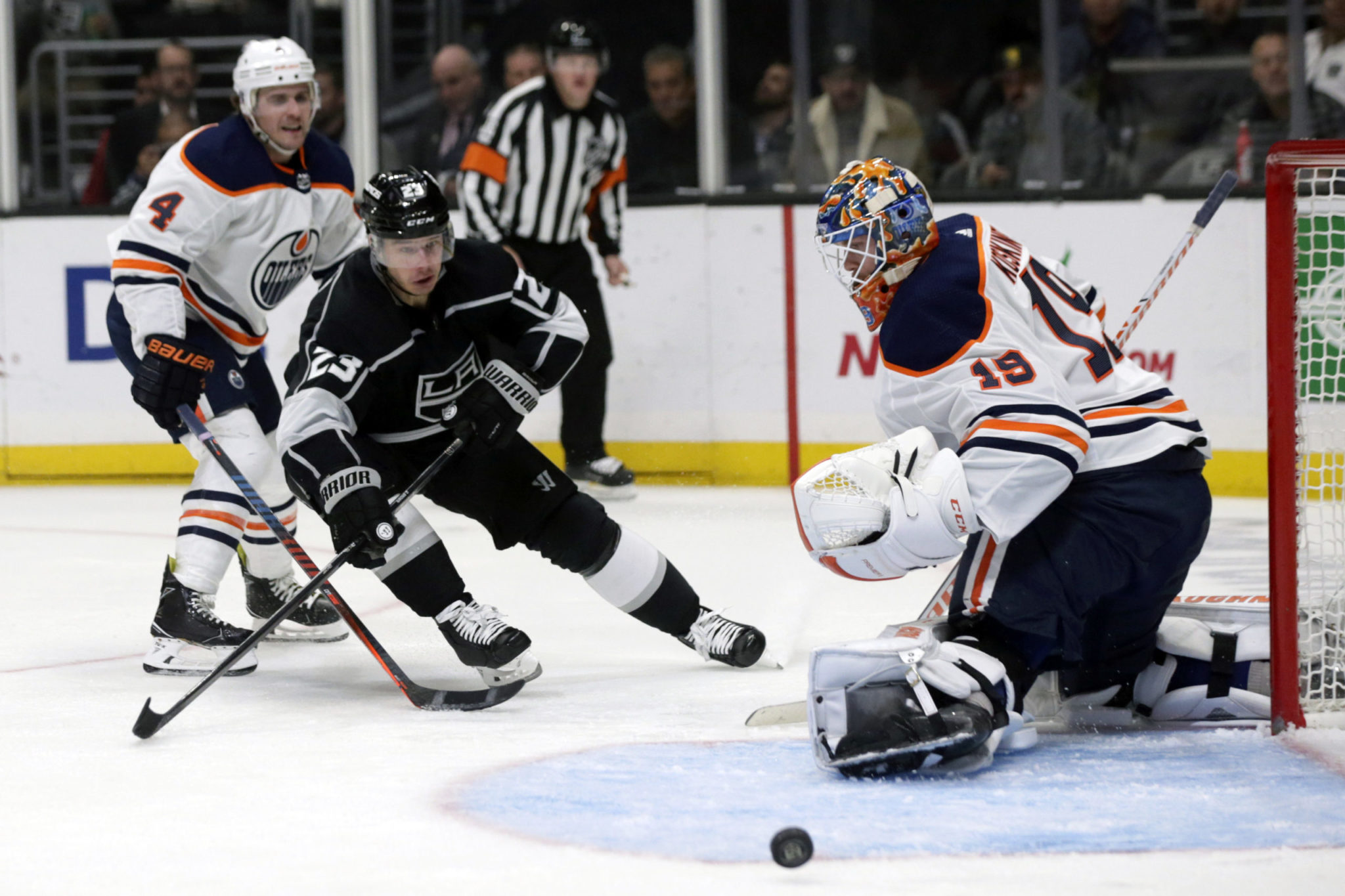 Tyler Toffoli had two goals and an assist to lead the Los Angeles Kings to a 5-1 win over the Edmonton Oilers on Thursday night.

Jeff Carter added a goal and two assists for the the Kings, who have won five straight at home. Anze Kopitar and Michael Amadio also scored, Drew Doughty had three assists, and Jonathan Quick made 25 saves.

Connor McDavid scored to extend his point streak to nine games for the Oilers. Mikko Koskinen made 16 saves after replacing Mike Smith, who allowed three goals on 12 shots in the first period.

Toffoli scored on the power-play with 2:59 remaining in the third to get his first multi-goal game of the season, adding an exclamation point to the Kings’ drubbing of the Pacific Division leaders.


The Kings took a 3-0 lead in the first period, scoring all three against the Oilers’ top line of Leon Draisaitl, McDavid and Zack Kassian.

Toffoli put the Kings ahead 1-0 at 1:32, scoring his fifth from the left circle off a rush created by Jeff Carter’s stretch pass.

Kopitar made it 2-0 with 5:39 left on a slap shot from the left circle teed up by Dustin Brown. Kopitar has 11 points, including four goals, in his past 10 games.

Carter closed out the strong start by scoring with 2.5 seconds left in the period for the 3-0 lead. Toffoli forced a turnover in the neutral zone to spring the rush, with Carter scoring five-hole with the rebound of Carl Grundstrom’s shot.

McDavid cut the Kings’ lead to 3-1 at 38 seconds of the second. McDavid stole the puck from Ben Hutton and beat Quick glove-side from the slot for his 10th goal and 21st point during his streak.