Avs get back on track with 4-1 win over Blackhawks 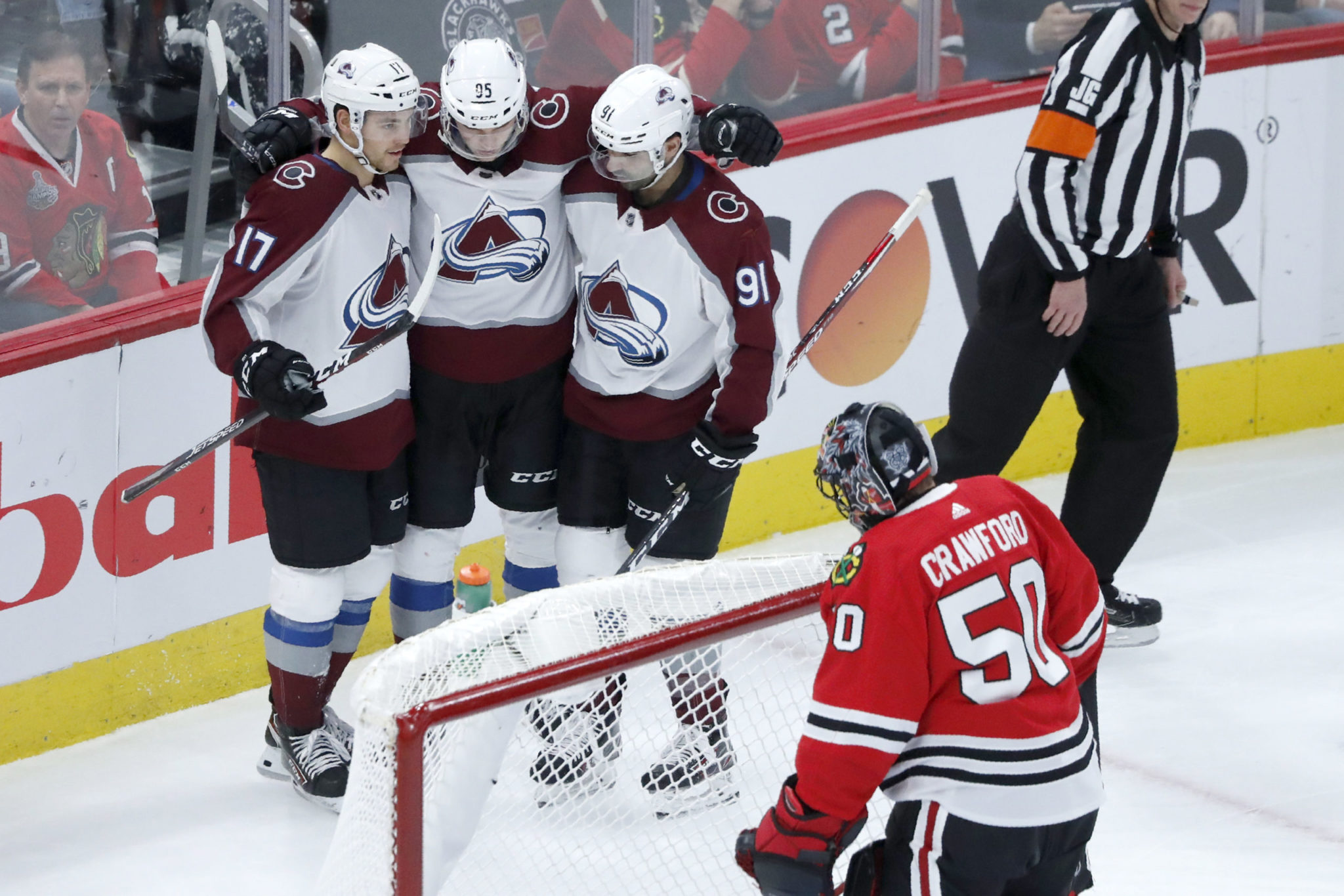 Ian Cole and Mikko Rantanen each had a goal and an assist, and the Colorado Avalanche beat the Chicago Blackhawks 4-1 Wednesday night.

Nathan MacKinnon and Andre Burakovksy also scored for Colorado, which is 9-1-1 in its past 11 games. The Avalanche lost 5-2 at St. Louis on Monday. Colorado is 3-0 against the Blackhawks this season and has outscored its Central Division rival 16-5.

Ryan Carpenter got his second goal of the season for the fading Blackhawks, who have lost five of six.


The Blackhawks failed to benefit from the return of defenseman Duncan Keith, who missed nine games with a groin injury after leaving midway through a contest against Colorado on Nov. 29. The 36-year-old, two-time Norris Trophy winner entered leading Chicago with 23:51 of ice time per game and played 23:16 in this one.

The game was tied at 1 after one period although Colorado outshot Chicago 19-6 in the frame.

Crawford made several tough saves early, including a stop of MacKinnon on a breakaway.

Cole opened the scoring at 8:41 on a shot from the top of the slot that sailed past Crawford as MacKinnon and Connor Murphy tussled in the slot.

Carpenter scored just over a minute later to tie it. Mark Barberio’s weak clearing attempt off the boards landed on Alex DeBrincat’s stick. He fed Carpenter, who beat Francouz with a wrister from the right circle.

The Avalanche pounced on sloppy Chicago play to score 2:19 apart midway through the second for a 3-1 lead.

MacKinnon connected for his 21st goal — on his fifth shot of the game — at 7:49 to put Colorado ahead. After slipping past Keith and Murphy near the Chicago blueline, MacKinnon took Rantanen’s feed, broke in alone and beat Crawford with another shot high on the stick side.


Burakovsky made it 3-1 at 10:08 with his 13th goal. He picked off the puck at center ice, powered back into the Chicago zone and took a quick shot from the right circle.

The Avalanche managed their lead cleanly through the third, although the Blackhawks twice rattled shots off the post and had a couple of close in chances. Rantanen added a long empty-netter with 2:56 left.

Blackhawks: At Winnipeg on Thursday.

Matt Carlson is a reporter for The Associated Press.