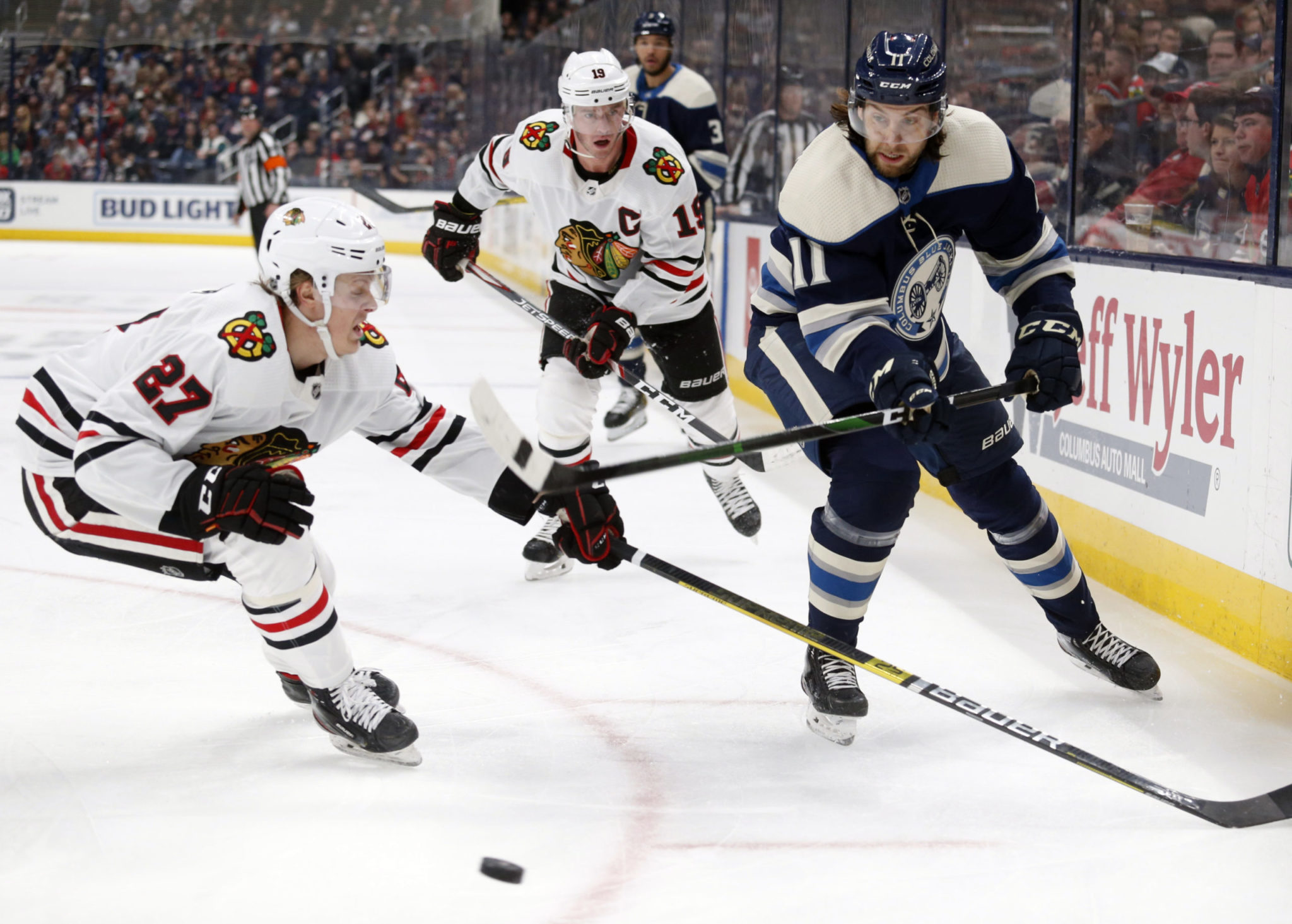 The Chicago Blackhawks won in a shootout, and the Columbus Blue Jackets may have lost something more valuable than the game: their starting goalie.

Joonas Korpisalo had to leave the game with an injury after unsuccessfully trying to stop the first-round overtime shot from Jonathan Toews. Columbus backup Elvis Merzlikins entered the game cold and allowed the third-round shooter, Patrick Kane, to juke him and get one in on the net.

Chicago goalie Robin Lehner then shut down Nathan Gerbe in the third round of the tie-breaker to preserve the Blackhawks’ 3-2 win.

There was no update on the nature or seriousness of the injury to Korpisalo, who has been outstanding as of late. The Blue Jackets have been ravaged by injuries, but the loss of Korpisalo for any extended time could devastating. Merlikins has played in nine games this season and has yet to get a win.

“(Korpisalo’s) been a rock for us for awhile,” Blue Jackets captain Nick Foligno said. “Hopefully it’s not too serious. … We would have liked to have gotten that win for him tonight because he played outstanding again.”


The Blackhawks, who have won four of the last five, got third-period goals from Dylan Strome and Erik Gustafsson to send the game into the extra period.

An apparent goal from Zach Werenski just before the buzzer in the 5-minute overtime period was waved off because a replay showed the puck crossed the goal line after time expired. That set up the shootout.

“This was one of those games that maybe in the first two periods we didn’t deserve to win the game, but that’s how hockey works sometimes,” Lehner said. “We stuck with it, we got our goals and we really battled hard to get back. To lose this one in a shootout would have been tough.”

The Blue Jackets got regulation goals from Pierre-Luc Dubois and Riley Nash, and Korpisalo had 28 saves. Gustav Nyquist scored in the shootout. Columbus lost its second straight game beyond regulation but extended a points streak to 10 games (6-0-4).

Nash got the Blue Jackets on the board when he rocketed a shot past Lehner’s glove from the high slot 6:54 into the game. Late in the first, Dubois got a slick, twisting cross-ice pass from Foligno in front of the net and scored for a 2-0 Blue Jackets lead.

Strome made it a one-goal game when he redirected Connor Murphy’s shot at 7:33 of the third. Gustafsson tied it with 2:02 left with a long slap shot that went in off the bar on a power play after the Blue Jackets got caught with too many men on the ice.

Columbus coach John Tortorella was visibly angry afterward because officials refused to put time back on the clock after it continued to run for at more than a second after a penalty was called with 19.2 seconds left in the overtime period. His reasoning was that if that time had been restored, Werenski’s last-gasp goal would have counted.