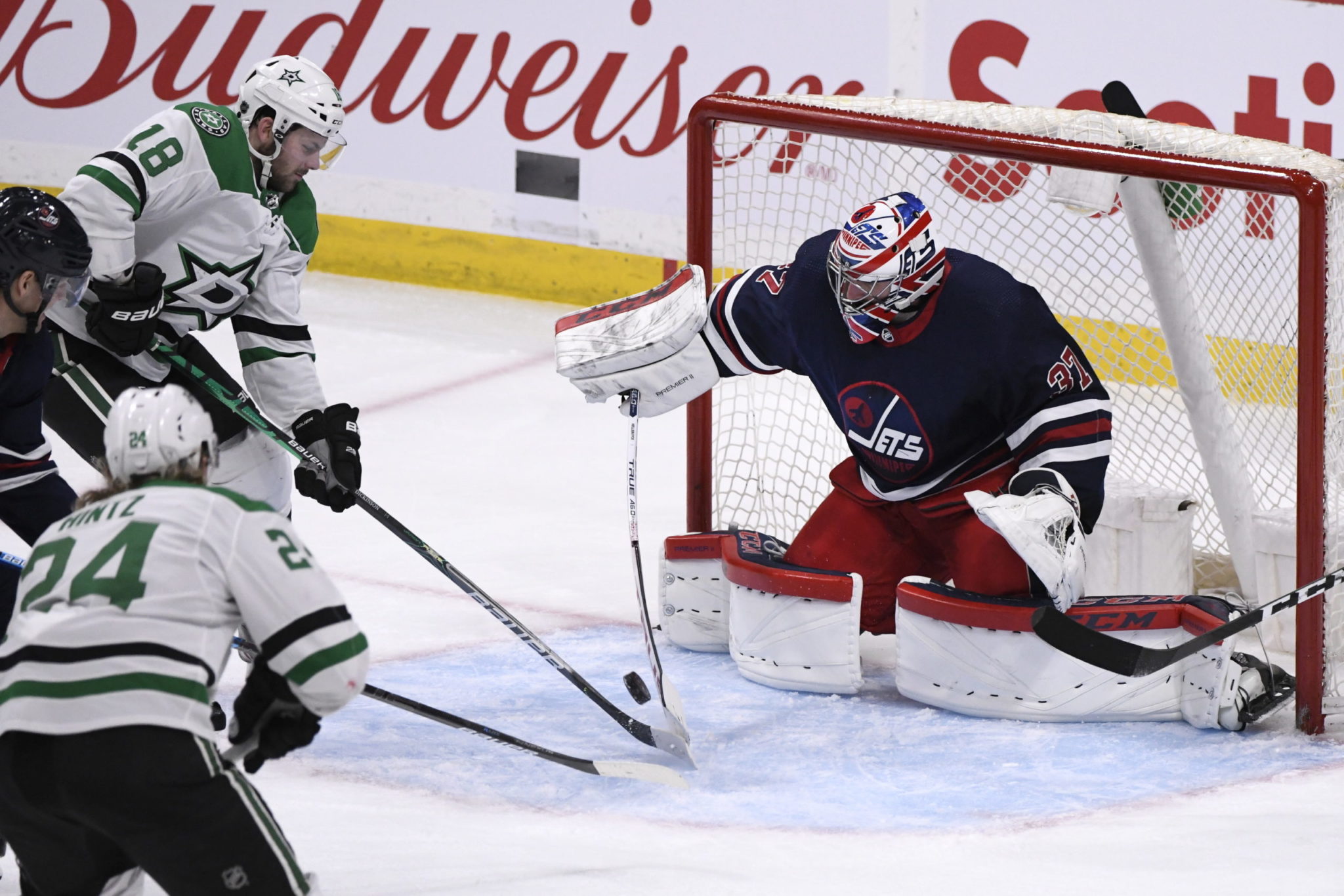 Kyle Connor had a goal and two assists, and the Winnipeg Jets handed the Dallas Stars their fourth straight loss, 5-1 on Tuesday night.

Nikolaj Ehlers, Josh Morrissey, Patrik Laine and Mark Scheifele each had a goal and assist for Winnipeg, which is 4-1-0 in its past five games.

Miro Heiskanen scored for the Stars, who are 0-3-1 since ending a seven-game winning streak.

Winnipeg led 1-0 after the first period and 4-1 after two.


It looked like Laine got the Jets a goal 13 seconds into the game, but Dallas successfully challenged for offside to wipe it away.

Ehlers made it 1-0 at 7:45 when he got the puck in the slot, spun around and beat Khudobin.

Winnipeg had an 8-3 advantage in shots on goal after the first period. The three shots allowed was a season-low for the Jets.

Khudobin started the second period by making two pad saves on breakaways by Scheifele and Ehlers, but then the bounces went against him.

Connor notched his 11th of the season off a deflection at 7:56. Morrissey got his goal courtesy of Stars forward Mattias Janmark, who had the rebound go off his skate to make it 3-0 at 11:12.

Heiskanen scored at 17:59 when he went in alone on Hellebuyck, but Laine countered with his eighth of the season just a minute and a half later to restore the Jets’ three-goal lead.

The shots on goal after the second were 21-14 for Winnipeg, which was another season-low allowed through two periods for the Jets.

Scheifele made it 5-1 with a wrap-around goal at 13:59 of the third. Laine picked up an assist, giving him the team lead in points with 27. Scheifele has 26.