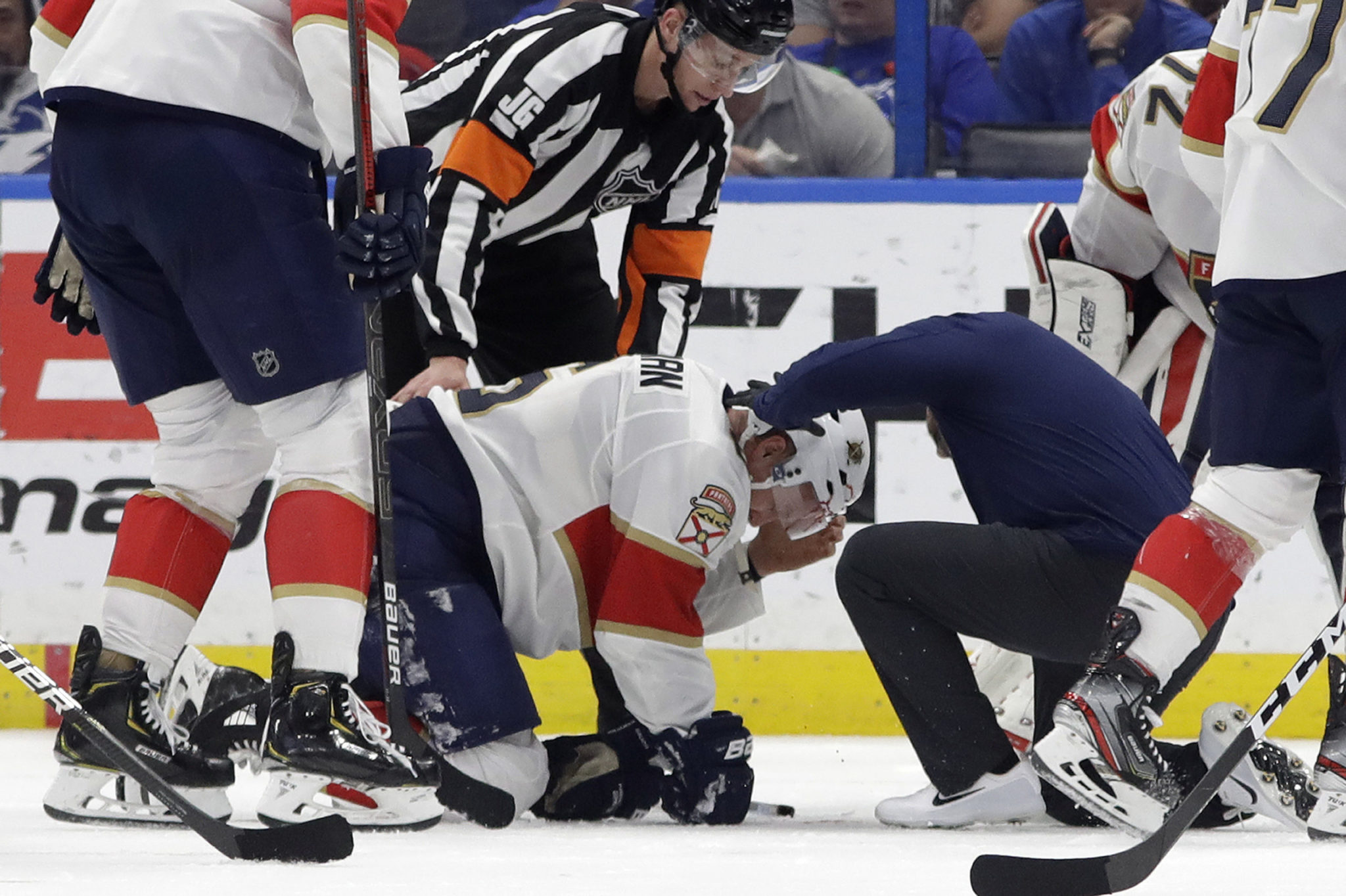 The Tampa Bay Lightning got off to a good start in a stretch of six consecutive games against division opponents.

Victor Hedman had two goals and an assist, Brayden Point had a four-point game and the Lightning scored three power-play goals in a 6-1 win over the Florida Panthers on Monday night.

Point had a goal and three assists, Nikita Kucherov added a goal and two assists and Alex Killorn and Mikhail Sergachev each scored power-play goals as the Lightning snapped a two-game winless skid.

Andrei Vasilevskiy finished with 29 saves and improved to 15-9-2 on the season.

Jonathan Huberdeau scored the only goal for Florida, which had its three-game winning streak halted.

“We got out … everything tonight,’’ Florida coach Joel Quenneville said. “Whether it was compete, whether it was possession, whether it was special teams, whether it was … completed passes. They had it in every category. It was a disappointing way going into the break coming off of three good games and all of a sudden you come up with (Monday’s) game. But to give them credit they responded to the urgency that was appropriate.’’

The Lightning finished off a dominant opening period with a three-goal lead. Point opened the scoring 41 seconds in with a deflection of Erik Cernak’s shot from the right circle.

“You get that goal on the first shift, it really gets you fired up on the bench,’’ Tampa Bay defenseman Ryan McDonagh said. “That was a great start, something we talked about in trying to get the lead, play with the lead and keep building on it.’’


Hedman made it 2-0 with a slap shot from the center point at 15:06, and Sergachev scored on the power play with a wrist shot from the left circle at 18:03.

“To come into the room 3-0 you’re feeling pretty good about yourself,’’ Cooper said.

“Second period, I feel like, could’ve been our game if we scored a couple of goals on the power play,’’ Florida captain Aleksander Barkov said. “But we didn’t, they did and that’s the score.’’

Florida played most of the third period with four defenseman after Aaron Ekblad took a shot off his shoulder and left the game with 7:32 left in the second period and did not return.

Florida defenseman Anton Stralman took a hit to top of the helmet and was left bleeding on a shot by Ryan McDonagh.

Quenneville said both are expected to be fine by the time the Panthers return to action on Saturday.

Erik Erlendsson writes about sports for The Associated Press.