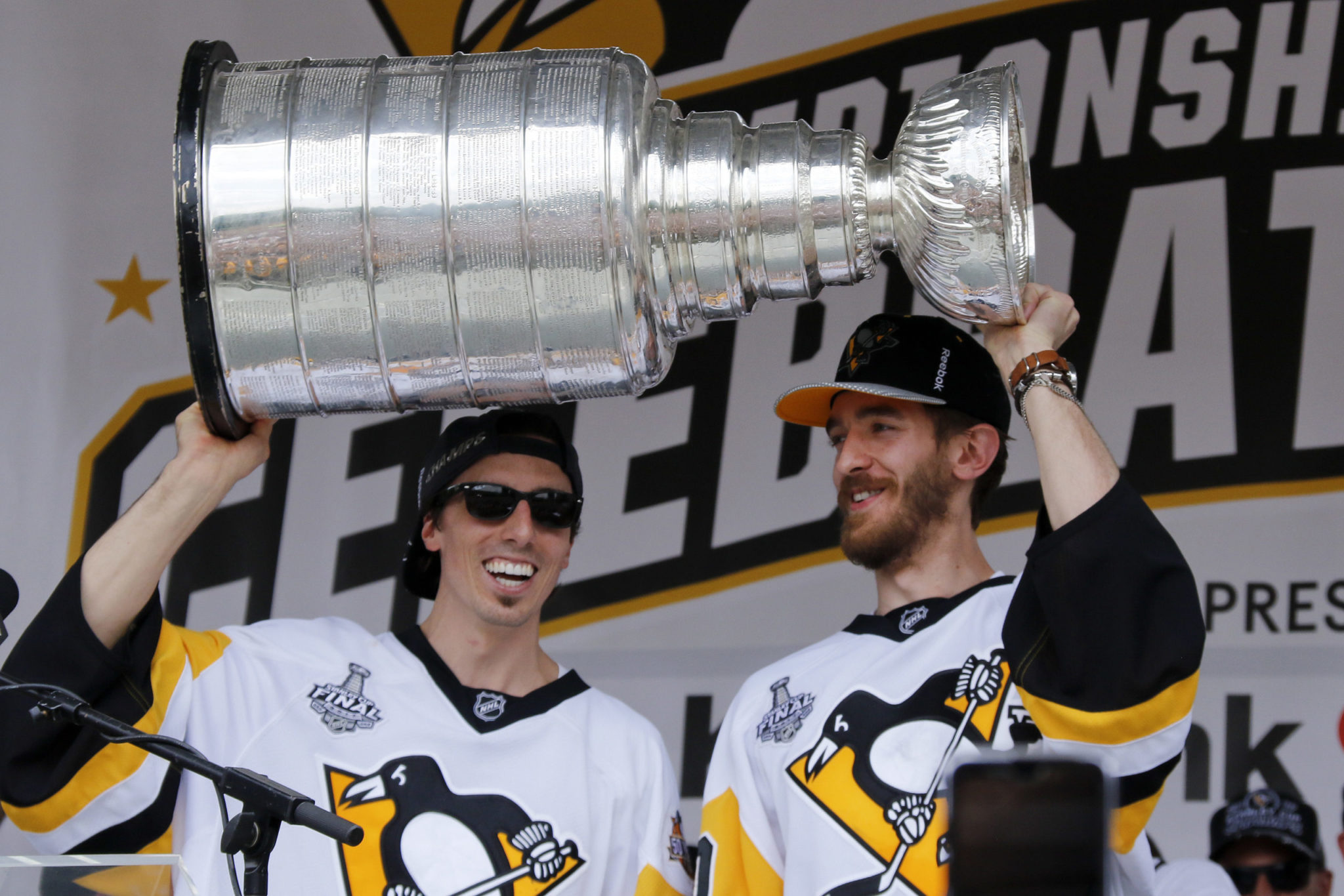 How much he plays has changed.

A decade ago, Fleury started 61 out of 82 games before backstopping Pittsburgh to the Stanley Cup. He started 58 and 34 times on the Penguins’ 2016 and 2017 Cup runs splitting time with Matt Murray, then made 46 starts for Vegas and led the expansion Golden Knights to the final.

“As a player, I love being in there. I love playing the game,” Fleury said. “It’s tough to find like the perfect amount of games. Nowadays, I feel like we’re hearing more than ever how we’re going to manage two goalies and stuff.”

Consider it hockey’s version of “load management” that’s gained popularity in basketball. Don’t expect NHL teams to handpick games throughout the season to rest star players — except top goaltenders who are getting more nights off while their backups share the net with an eye toward playoff success.


Each of the past five Cup-winning goalies started fewer than 60 games in the regular season, along with three of the past five runners up. The days of Martin Brodeur starting 78 games are gone — only three goalies have 70-plus starts over the past five seasons — and teams think year-round about how to best prepare to play deep into June.

“The trend is definitely going the way that you split the net more,” said Boston goaltender Tuukka Rask, who carried the Bruins to Game 7 of the final last year after starting 46 times in the regular season. “It’s a tough thing because if your starter makes $8-9 million, you want him to play. But then you want to win the Cup, so you’ve got to think of it like, well, if this guy plays 70 games, is he going to play 25 in the playoffs at the same level? Versus OK we’re playing him 45, 50 really good games and then we got the other guy and the A guy’s going to play 25 really good (playoff games).”

Rask and Jaroslav Halak, Washington’s Braden Holtby and Philipp Grubauer in 2018 and Pittsburgh’s Murray and Fleury the previous two years are prime examples. Jordan Binnington didn’t make his first NHL start until January, but 32 games of work made him fresh to help the St. Louis Blues win the Cup last season.

It’s a delicate balance of having enough salary cap space to employ two capable goalies with playing time, plotting out the schedule for maximum rest benefits and collecting enough points to make the playoffs.

“It’s a collaborative discussion that all teams have,” Vegas general manager Kelly McCrimmon said. “What we’re doing is trying to win hockey games during the regular season, trying to keep both of our goalies sharp and trying to have all our players at the top of their game come playoffs.”

The New York Islanders have alternated Thomas Greiss and Semyon Varlamov for their first 24 games and allow the fourth-fewest goals in the league. Anaheim’s coaching staff pencils in both John Gibson or Ryan Miller for all 82 games and revisits incrementally to adjust for injuries and workloads.


“It has very little to do with games,” Ducks coach Dallas Eakins said. “It has more to do with how much work. We had a game earlier this year where we were overwhelmed in the game against Vegas. I think they put up 50 shots, and we were in our zone the whole time. That went down as one game for John, but he really played two, so that’s kind of how we look at it.”

Miller previously preferred to skip a game with a couple days off on each end for a mental break. He sees so many teams splitting back-to-backs and understands it but also thinks battling some old-school fatigue can be good for a goaltender.

“I don’t think there’s a strict recipe,” said Miller, whose career high was 74 starts in 2007-08 with Buffalo. “I think some adversity is good to keep your mentality in the right place. It’s not going to be a cake walk and then playoffs hit and it’s like (you’re) dialed in. You’ve got to go through some stuff and work through it and battle through the harder situations so that’s just your mindset every night.”

NHL goalies believe modern games are more difficult with higher shot totals than past decades. Teams are averaging 30 shots a game in 2019-20, while the schedule has more back-to-backs.

“Nowadays there’s a lot more work for a goalie: a lot less hooking and holding up for the D-men, so there’s a lot more chances or a lot more in-zone time that you’re actually working,” said Philadelphia’s Brian Elliott, who’s part of a successful tandem with Carter Hart. “Even if you’re maybe not getting shots, you’re looking through screens, you’re doing a lot of work.”

Vegas coach Gerard Gallant appreciates Fleury wants to play all 82 games, and he’s not alone in wanting to grab the net and not let go.

“I’ve felt a lot better every year I played a lot more games,” said Holtby, who led the league with 73 games played in 2014-15. “It’s a little more of a feel game instead of an analytics game just because of the speed of it. … It’s one of those things everyone’s probably different. It probably has a lot to do with how you practice and everything.”


Some goalies are going to play more than others; Florida’s $10 million man, Sergei Bobrovsky, or Montreal’s Carey Price, the highest-paid goalie in the league, could start 60 or more just because his team needs an elite level of play.

“We’d love to have (Price) in every game, but it’s not realistic,” Canadiens coach Claude Julien said. “We give him some days off of practices because that’s not quite as important as him in games.”

The most important thing, of course, is the playoffs. It’s tough for starters who want to play all the time and it takes an adjustment, but the proof is in the names on the Stanley Cup that splitting the net works.

“Everybody wants to play,” Rask said. “The older you get, I think it becomes a little easier to realize that it’s not about me. I’m resting for the team.”

And resting with the hope that shouldering less of a load now makes a goalie more likely to raise a trophy over his shoulders at the end of the season.