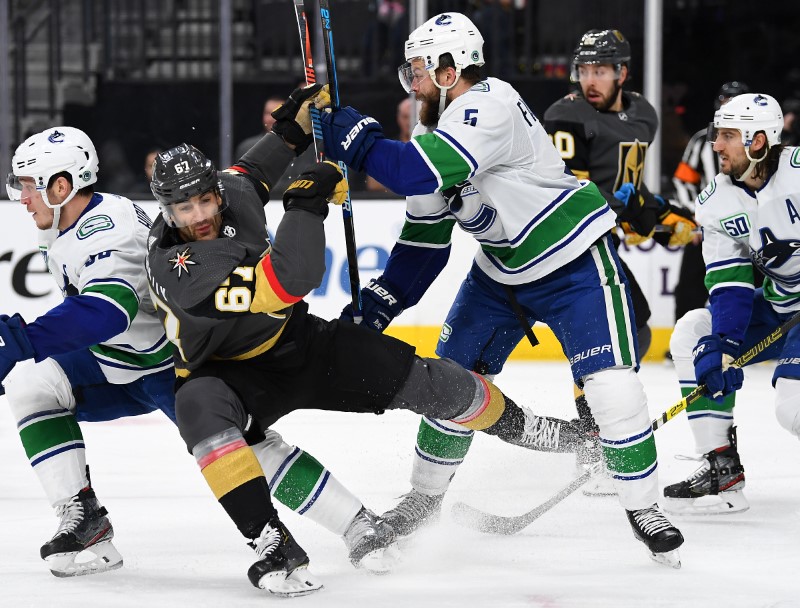 Brandon Saad and David Kampf also scored for the Blackhawks, who won for the first time in five games (1-3-1). Goaltender Robin Lehner made 23 saves.


The Blackhawks, who blew a three-goal lead in the third period in a loss Saturday at St. Louis, built a two-goal advantage in the first period before Minnesota tied the score. Chicago then took a 3-2 lead before the Wild evened it on Fiala’s second goal at 14:20 of the second period.

Jeff Carter and Tyler Toffoli also scored for the Kings while Alex Iafallo had two assists. Jack Campbell made 22 saves.

The matchup included the teams with the worst records in their respective conferences. Detroit entered with 21 points in 34 games while Los Angeles had 29 points in the same number of games.

Max Pacioretty scored two goals and had two assists and Mark Stone added a goal and an assist to lead Vegas to a victory over Vancouver in Las Vegas.

Jonathan Marchessault scored his 100th career goal and Nick Holden and Valentin Zykov also scored goals for Vegas, which won its second straight home game for just the second time this season. Brock Boeser had a goal and an assist and Elias Pettersson and Jake Virtanen also scored for Vancouver, which lost its fourth straight game to the Golden Knights.

Marc-Andre Fleury, playing in his 821st NHL game which moved him past Sean Burke (820) into 14th place in league history for games played by a goaltender, finished with 26 saves.