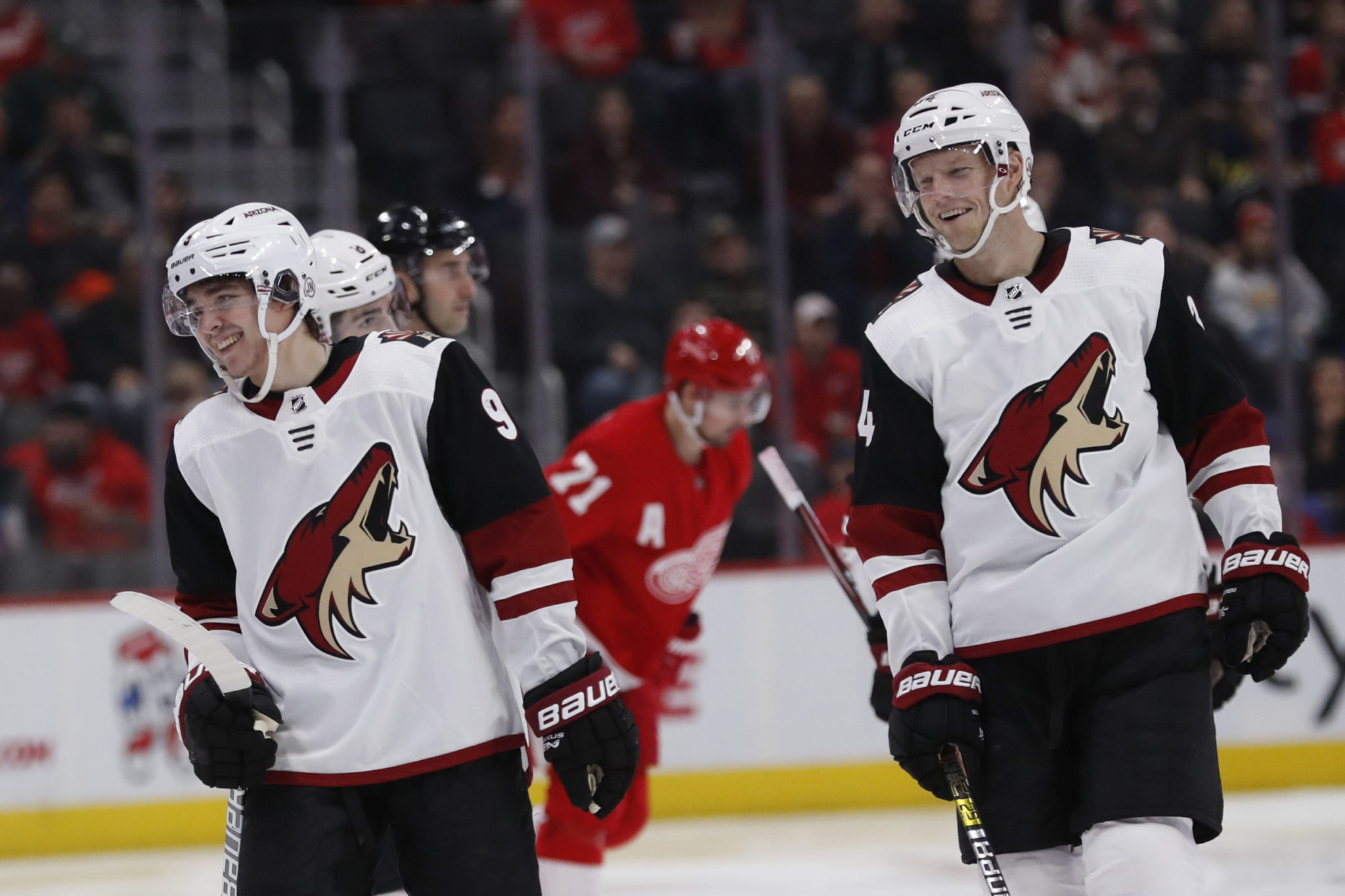 Clayton Keller scored two goals and an assisted on another, and Oliver Ekman-Larsson had three assists as the Arizona Coyotes rolled past the host Detroit Red Wings 5-2 on Sunday.

Carl Soderberg, Christian Dvorak, and Taylor Hall also scored for Arizona, which has alternated losses and wins for nine straight games. It was Hall’s first goal for the Coyotes after being traded from the New Jersey Devils on Dec. 16

Antti Raanta made 28 saves for the Coyotes, including six against the power play.


Rookie Filip Zadina and Tyler Bertuzzi scored for Detroit, which sunk further into the NHL basement with the worst record in the league at 9-26-3 (21 points) and has lost four straight.

Henrik Lundqvist won a battle of former Vezina Trophy winners, Chris Kreider scored twice and host New York skated past Anaheim on the finale of the Ducks’ trek through the Tri-State area.

The 2012 Vezina winner as the NHL’s top goaltender, Lundqvist notched his 457th career win by stopping 19 of 20 shots as the Ducks generated very little pressure on the Swedish netminder. The Ducks’ Ryan Miller, who won the Vezina in 2010 while playing with Buffalo, stopped 36 shots and slid to 15-9-6 all-time against the Rangers.

Kreider scored in each of the first two periods to bring his goal total to 10, and Filip Chytil and Brett Howden also scored for New York, which split the season series with Anaheim. Sam Steel produced a goal for Anaheim, which ended its four-game road swing with a 1-3-0 mark.

Matthew Tkachuk had a goal and two assists as Calgary scored three power-play goals and a short-hander in defeating host Dallas to end a three-game winless streak.

Sean Monahan had a goal and an assist and Andrew Mangiapane, Mikael Backlund and Derek Ryan also scored for Calgary, which improved to 8-2-1 under interim coach Geoff Ward. Elias Lindholm added three assists, and goaltender David Rittich made 26 saves while also being credited with his first assist of the season.

Denis Gurianov scored for Dallas and goalie Ben Bishop stopped 25 of 29 shots. The Stars are to 14-5-3 in their past 22 games against the Flames.

Malcolm Subban finished with 37 saves and Shea Theodore scored what proved to be the game-winning goal midway through the third period as Vegas got by host San Jose.

Jonathan Marchessault and Paul Stastny also scored goals for Vegas, which extended its point streak to five games while also improving to 9-2-2 over its last 13. William Karlsson added two assists for the Golden Knights, who are tied with Arizona for first place in the Pacific Division.

Logan Couture scored for San Jose, which lost for the ninth time in its last 10 games (1-8-1). Aaron Dell finished with 34 saves for the Sharks.