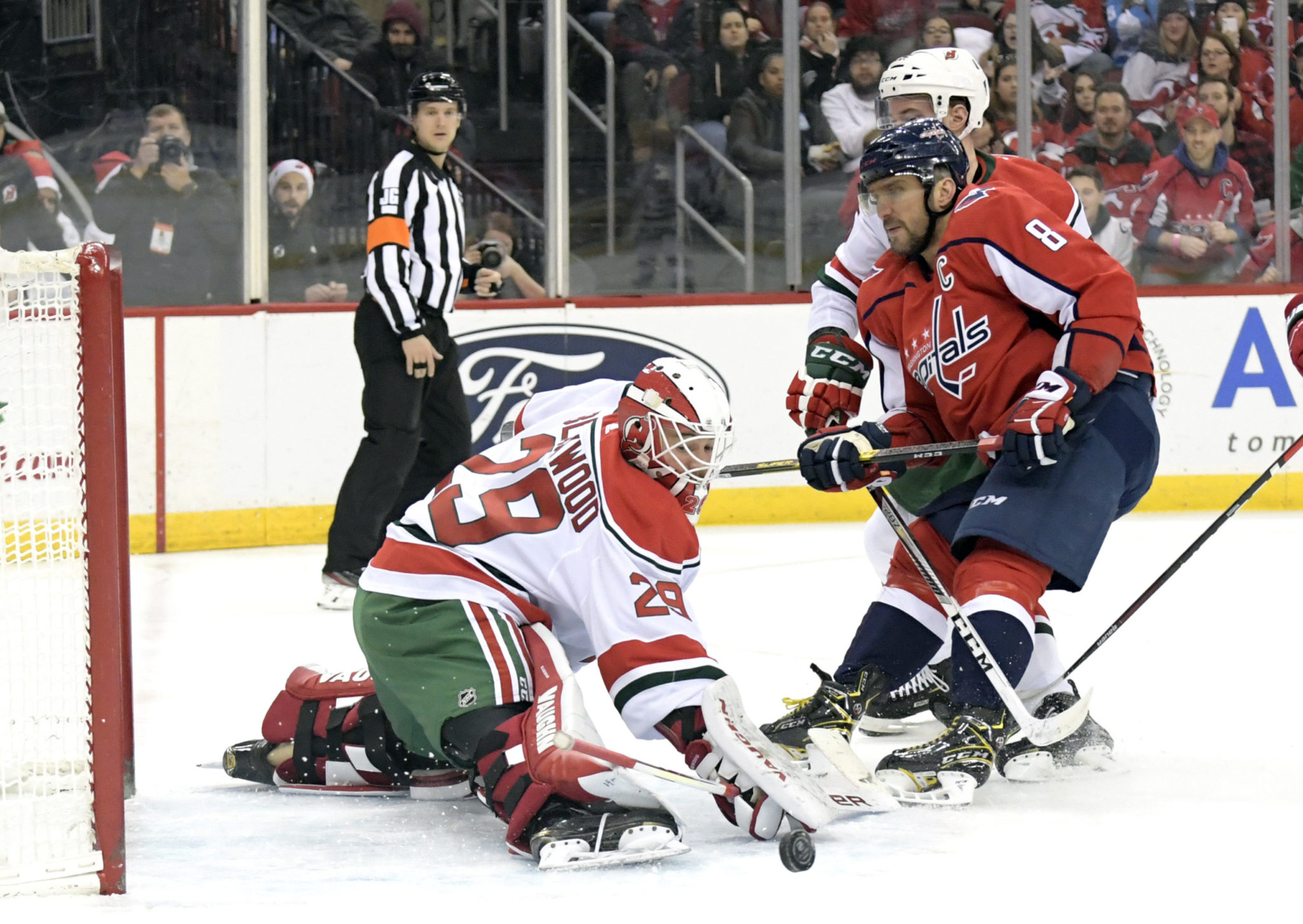 Nicklas Backstrom had two goals and two assists, and the Washington Capitals beat the New Jersey Devils 6-3 on Friday night.

Alex Ovechkin and John Carlson each had a goal and an assist as the Capitals rebounded from Monday’s 3-0 loss at Columbus, improving to 16-3-1 on the road. Jonas Siegenthaler and Richard Panik also scored, and rookie Ilya Samsonov made 24 saves.

Washington’s 26-6-5 record is currently the NHL’s best. It is the only team in the league not to lose consecutive games in regulation this season.

Kyle Palmieri, Blake Coleman and Miles Wood scored for the Devils, who were denied their first three-game winning streak of the season. Mackenzie Blackwood had 21 saves before being relieved by Gilles Senn in the third period.


The four points for Blackstrom gave him 900 in his career. He was selected by the Capitals in the first round of the 2006 draft, joining Ovechkin, who was the first overall two years earlier.

Palmieri gave the Devils the lead with a power-play goal 4:00 after the opening faceoff. Ovechkin and Backstrom scored 1:10 apart late in the period to put the Capitals in front.

Coleman tied the game 4:15 into the second with a questionable goal. Samsonov stopped his attempt but the Devils forward was knocked to the ice and crashed into the goaltender. The puck finished in the net and counted.

Backstrom’s go-ahead goal came with the teams playing 4-on-4 in the final minute of the period. Backstrom found Ovechkin coming down the middle of the offensive zone. Ovechkin faked a shot and found Backstrom for a tap-in and a 3-2 lead.

Carlson scored early in the third with the teams still 4 on 4 and the rout was on.