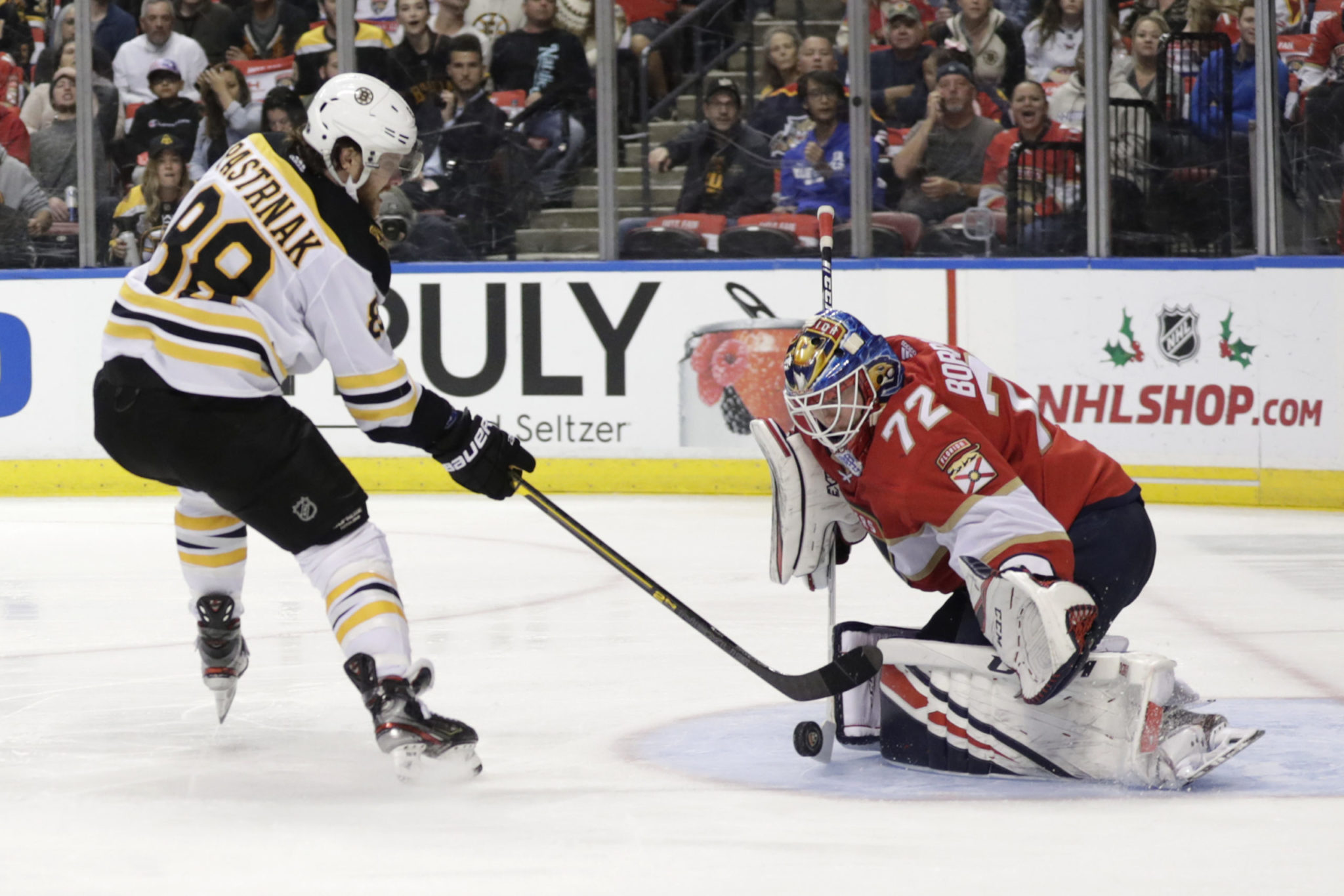 The Boston Bruins ended their four-game trip on a positive note.

“It looks like we’re getting back to more Boston Bruins style of hockey the last three games,” coach Bruce Cassidy said. “Only one win to show for it, but if you play that way this week at home, I see good things for us, especially if all four lines are able to contribute.”

David Krejci and Jake DeBrusk each had a goal and an assist for the Bruins, and Torey Krug had two assists. Jaroslav Halak stopped 31 shots.

The Bruins return to home ice for their next four games.


“It hasn’t been what we wanted here on this road trip,” DeBrusk said. “Now, we’re going home not necessarily happy with how the road trip went, but you kind of go as your last game goes. Coming back home feeling good about ourselves is always a good thing.”

Keith Yandle and Mark Pysyk scored for the Panthers, who lost their third straight. Sergei Bobrovsky made 38 saves, including 21 in the first period.

“They came out hard. You could feel it in the first period when they got so many shots,” Bobrovsky said. “At the end of the day, it doesn’t really matter who’s desperate, who’s not. It’s a hockey game. Unfortunately, we lose two points again.”

Florida’s Aleksander Barkov had to be helped off the ice by teammates late in the third period with an apparent leg injury after being forced into the boards by Boston’s Charlie McAvoy.

“He should be fine,” Panthers coach Joel Quenneville said.

Pysyk closed the score to 3-1 when he poked in a loose puck from in front at 2:46 of the third.

The Panthers trimmed the lead to 3-2 when Yandle shot from the point and the puck went over Halak’s glove and into the net with 10:47 left in the game.


“We scored early and got a little excitement off that,” Quenneville said. “Then we got a second one and all of a sudden you’ve got plenty of time. We got a couple decent looks, but not enough. You can’t think that was good enough and accept it. That was tough to watch for the majority of the game.”

Pastrnak’s second goal was an empty-netter with 2:10 left.

The Bruins went ahead 2-0 on Krejci’s shot from the high slot that was initially blocked but trickled under Bobrovsky’s pads at 3:14 of the second.

Pastrnak’s power-play goal stretched Boston’s lead to 3-0. Brad Marchand passed from the left circle to Pastrnak on the right side of the crease for an easy tap-in at 7:30 of the second. Pastrnak has scored seven goals over the last 11 games.

Pastrnak was awarded a penalty shot at 13:31 of the third when Aaron Ekblad was called for hooking, but his attempt was blocked by Bobrovsky.

DeBrusk gave the Bruins a 1-0 lead after he got a loose puck in the slot and fired it over Bobrovsky at 14:41 of the first.