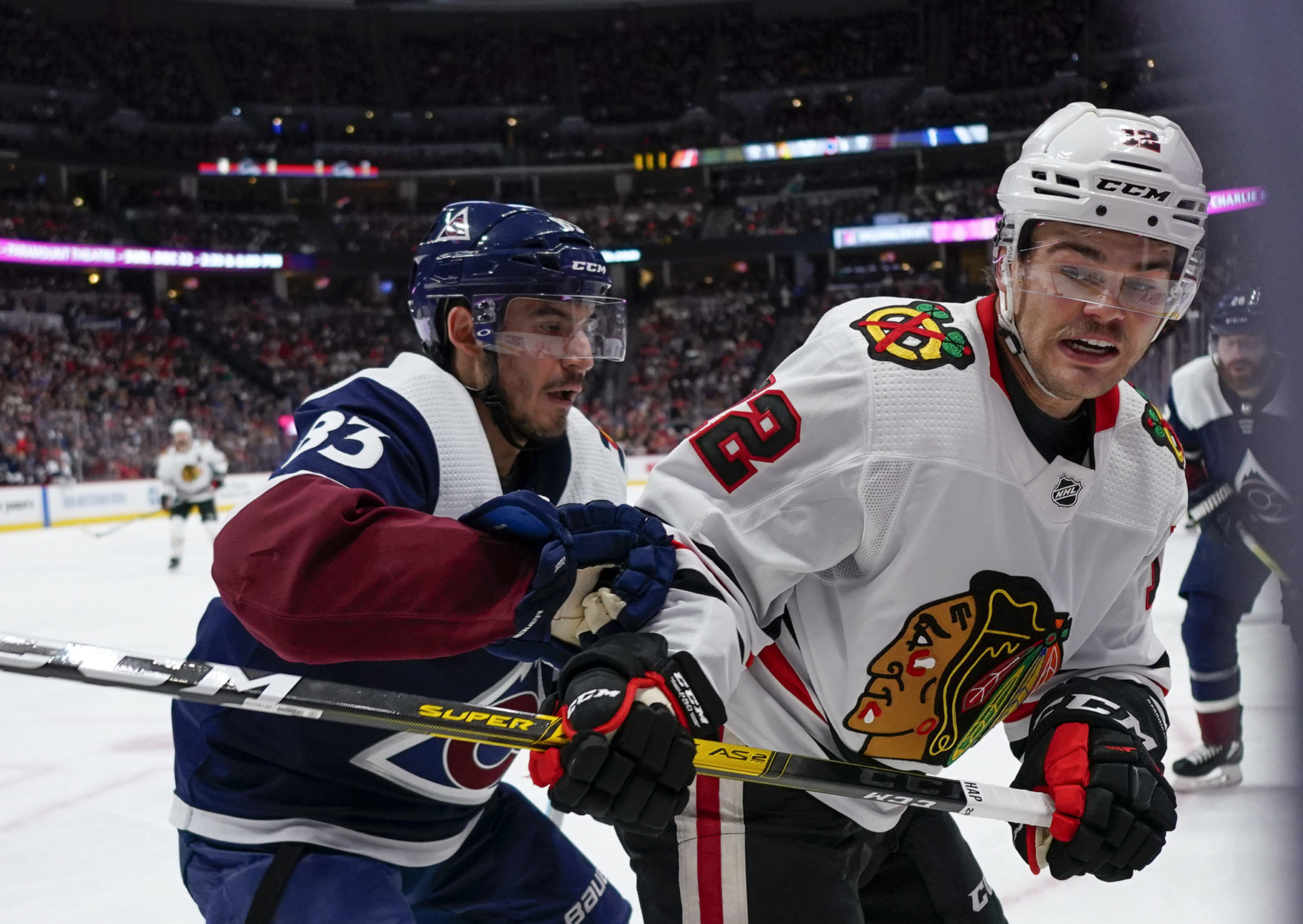 Mikko Rantanen had a goal and three assists in his return to Colorado’s lineup after missing 16 games due to injury, and Nazem Kadri and Joonas Donskoi each scored twice as the Avalanche beat the Chicago Blackhawks 7-3 on Saturday night.

Rantanen had been sidelined since Oct. 21 with a lower-body. He contributed quickly, picking up an assist on Kadri’s first goal that tied the game. He fed MacKinnon on his 17th of the season, and scored his sixth goal of the season to make it 5-1 and chase Chicago goaltender Robin Lehner.


Lehner had nine saves before being replaced by Corey Crawford, who didn’t do much better. Donskoi scored a few minutes later as Rantanen picked up his third assist of the game, and Jost scored 2:10 later to give the Avalanche a 7-1 lead.

Patrick Kane scored his 14th goal late in the third to extend his points streak to 15 games, the longest of the season in the NHL.

The Blackhawks fell behind quickly Friday but struck first in the rematch when Brandon Saad scored a short-handed goal at 1:37 of the first period. Kadri tied it at 7:53, starting a string of three goals in a 3:15 span.

Chicago had a chance to get back into it with 58 seconds of a 5-on-3 at the end of the first, but couldn’t beat Philipp Grubauer (26 saves). Colorado then killed off Ryan Graves’ double minor and Donskoi scored 15 seconds after Graves came out of the box.

Dominik Kubalik got his eighth goal of the season 36 seconds after Jost scored, and Kane scored on a 5-on-3 at 14:38 of the third.