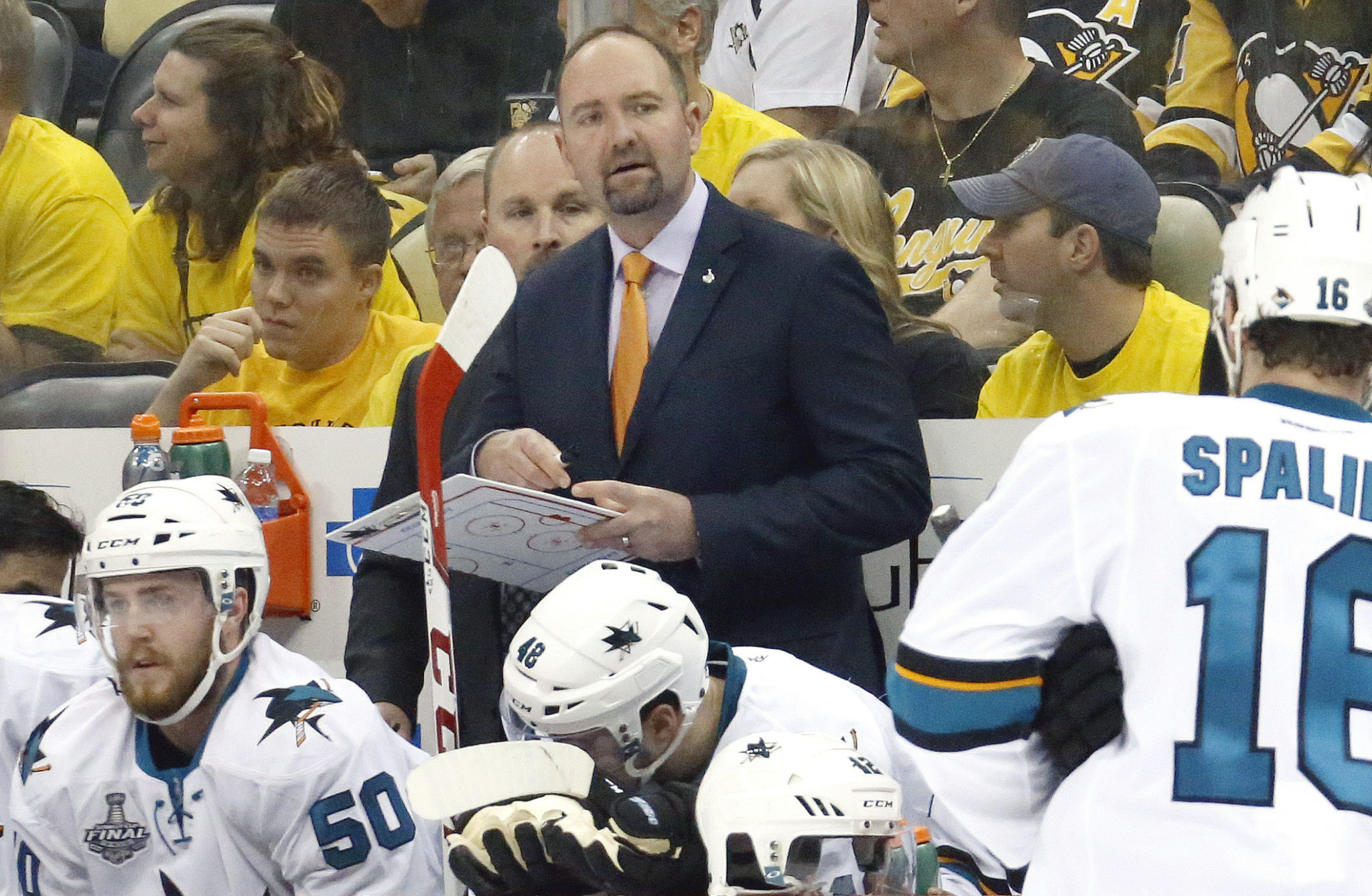 Doug Wilson announced the change after the Sharks returned home from a road trip on a five-game losing streak and five points out of playoff contention. San Jose also fired three of DeBoer’s assistants and made assistant Bob Boughner the interim coach.

“When you have had a level of past success, change is never easy, but we feel this team is capable of much more than we have shown thus far and that a new voice is needed,” Wilson said. “As a team and as individuals, our play has not met expectations this year and our level of consistency has not been where it needs to be. This group of individuals who will lead our team moving forward are very familiar with our players, and we think this change can provide our group with a fresh start.”


Assistants Steve Spott, Dave Barr and Johan Hedberg all were fired along with DeBoer. Roy Sommer will move from being head coach in the AH: to associated coach under Boughner. Mike Ricci also has been hired as an assistant and Evgeni Nabokov will be the team’s new goaltending coach Dan Darrow will remain in his current role of assistant coach for video.

The 51-year-old DeBoer was fired a day after the Sharks completed a winless four-game road trip with a 3-1 loss at Nashville. San Jose is 15-16-2 overall.

DeBoer was 198-129-34 in four-plus seasons in San Jose. He led the Sharks to their only Stanley Cup Final appearance in franchise history his first year in 2016. San Jose made the playoffs again the following three years under DeBoer, losing to eventual champion St. Louis in last season’s conference final in six games.

Boughner had an 80-62-22 record in two year as coach in Florida before fired after last season. His first game will be Thursday night at home against the New York Rangers.


The Sharks have struggled mightily this season, leading to the first in-season firing since general manager Doug Wilson was hired in 2003.

San Jose opened the season with four straight losses and have had a pair of five-game skids as well. The Sharks had one sustained stretch of success with 11 wins in 13 games in Novem