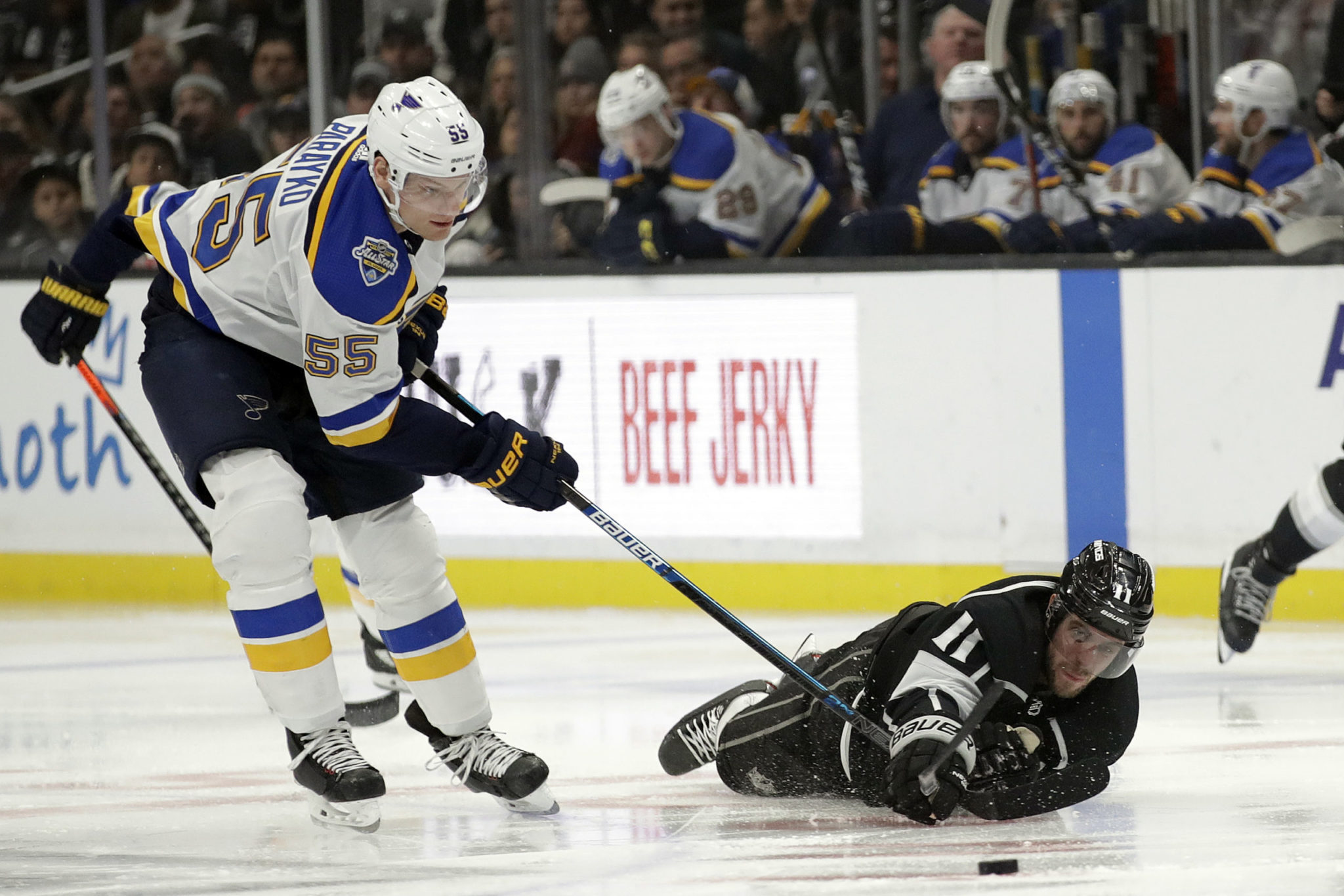 Christmas marked a turning point for the St. Louis Blues last season as they went from last place at the holiday to winning the Stanley Cup.

Heading into the three-day break this year, the Blues are on top of the Western Conference and look more than ready to defend their title.

“It’s crazy what a little bit of winning and confidence can do to a hockey team, and, you know, obviously we’re feeling it as a group right now,” Schenn said after the Blues improved to 55-20-11 in the regular season since last Christmas. “We believe in one another coming to the rink.”

Vince Dunn had a goal and an assist, and Jaden Schwartz scored on the power play for the Blues. Jordan Binnington made 29 saves in his first start since Dec. 16 against Colorado. Alex Pietrangelo and David Perron each had two assists.


Alex Iafallo had a power-play goal and Jonathan Quick made 24 saves, but the Kings lost their third in a row.

Kings coach Todd McLellan was wary about the last game before time off, and his concerns were justified when the Blues scored four times in the first 12:21.

Schenn opened the scoring at 4:51 and wrapped the flurry by getting a power-play goal that gave St. Louis a 4-0 lead with his 17th of the season. Schenn has the same number of goals in 38 games this year as he had in 72 games last season.

“I’ve started getting some puck luck, which has been huge,” said Schenn, who has three goals and two assists in his past three games. “Every player definitely needs that, and just try and shoot the puck at the right time and it’s been going in.”

Everything seems to be clicking for the Blues, who have won eight straight games against Western Conference opponents. The power play is 5 for 12 in the past four games after needing just 33 seconds to convert two chances against the Kings.

But Schenn insists the lessons from last season’s turnaround will keep this Blues team focused on the next game, not the bigger picture.

“I mean, we’re obviously not going to get too far ahead of ourselves by any means,” Schenn said. “It’s very hard to repeat as we’ve seen, but we feel — just kind of what we’ve been through last year — we don’t try and get too high or low just cause it can eat away at you.”


Iafallo got the Kings on the board when he redirected Drew Doughty’s shot from the blue line with 1:07 left in the opening period.

Los Angeles controlled long stretches of play in the second and third, but St. Louis was able to protect its comfortable lead to win for the 10th time in 13 games.

“I still think we could have come out of the game better had we just been responsible,” McLellan said. “Lack of a good start and lack of responsibility in two faceoff situations, and chase it all night against the Stanley Cup champs. That’s what you get.”