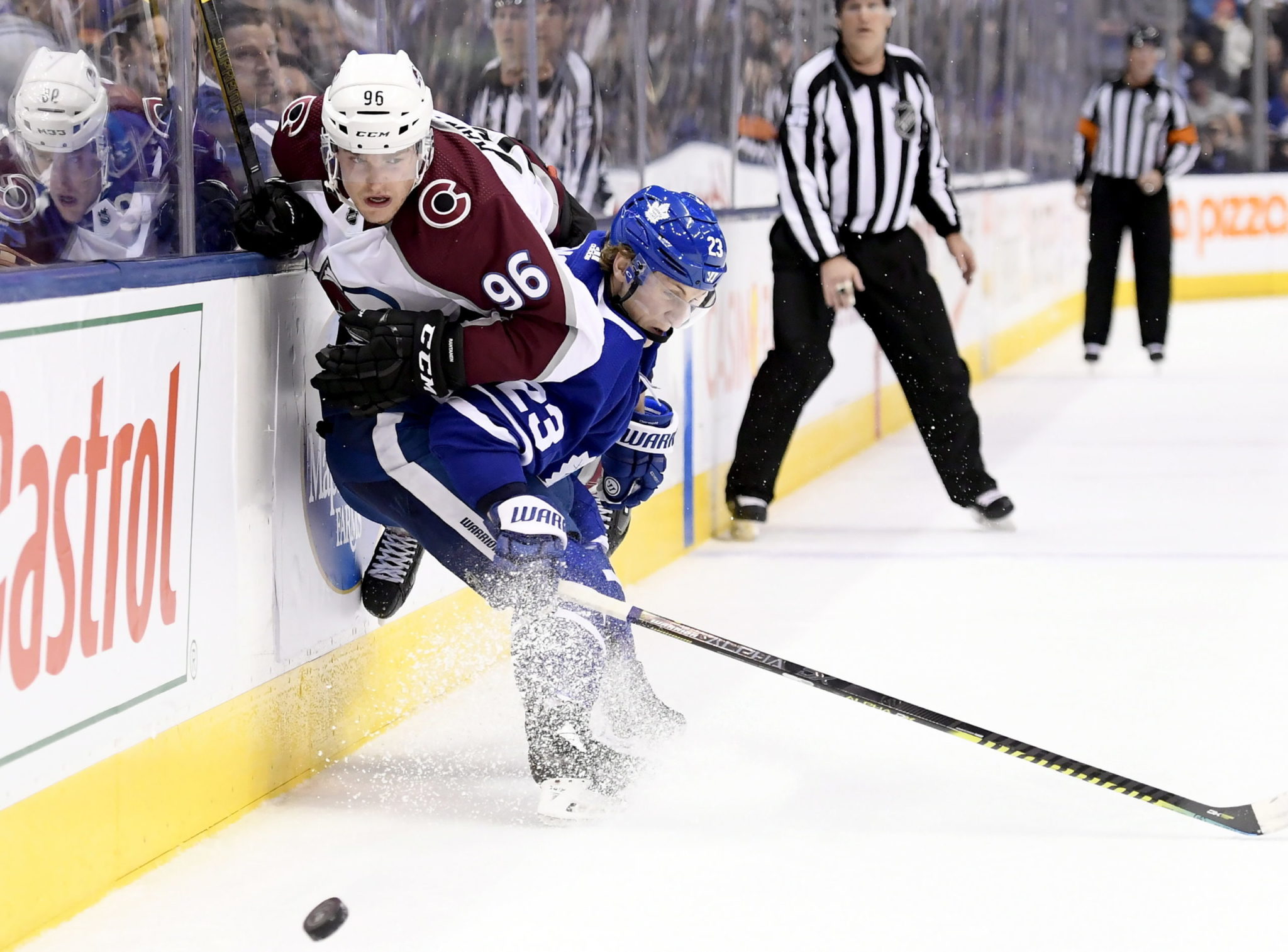 Valeri Nichushkin scored a short-handed goal in the third period, lifting the Colorado Avalanche to a 3-1 win over the Toronto Maple Leafs on Wednesday night.

Nathan MacKinnon had a goal and an assist, Joonas Donskoi also scored and Philipp Grubauer stopped 38 shots for the Avalanche.

Zach Hyman scored for Toronto and Frederik Andersen, starting on consecutive nights for the first time since January 2017, had 27 saves.

After killing off Jake Muzzin’s four-minute penalty for high-sticking early in the third, thanks in large part to a big stop by Andersen on Donskoi, the Maple Leafs’ first man advantage turned into a disaster.


Jason Spezza’s stick shattered on a shot and as the Toronto center tried to keep the puck in with his feet at the blue line, he got caught up with Maple Leafs defenseman Morgan Rielly. That allowed Nichushkin to move in all alone and bury his third goal of the season upstairs at 6:40.

Toronto, which had Mitch Marner back after he missed 11 games with a high ankle sprain, pushed as the period wore on and pressed late, but couldn’t get anything past Grubauer with Andersen on the bench before Donskoi iced it into an empty net with 79 seconds left.

The Maple Leafs were coming off Tuesday’s embarrassing 6-1 loss at Philadelphia — performance where Toronto was in the game in the third period only to fall apart in the waning minutes.

Star center Auston Matthews said the team “quit” with the game out of hand, leaving Andersen hung out to dry on two late goals 12 seconds apart in the final minute. Sheldon Keefe — in just his sixth game as head coach — addressed the team immediately after the final buzzer in Philadelphia.

Andersen then told his coach he wanted to play against Colorado even though backup Michael Hutchinson was originally scheduled to get the start.

This game marked Avalanche center Nazem Kadri’s return to Scotiabank Arena for the first time since an offseason trade from Toronto to Colorado in exchange for defenseman Tyson Barrie and forward Alexander Kerfoot. Kadri, the seventh pick in the 2009 NHL draft, had 161 goals and 196 assists in 561 games with the Maple Leafs.

MacKinnon opened the scoring at 10:52 of the second period on the first power play of the night. After the Avalanche gained the zone, Mikko Rantanen snapped a cross-ice pass to MacKinnon, who had time to shoot into the top corner on Andersen from the faceoff dot for his 18th.

Toronto responded just 1:50 later when Kerfoot fed a no-look pass in front for Hyman to redirect past Grubauer for his third.

Andersen had the fans at Scotiabank Arena chanting his name earlier in the period following consecutive pad saves on Nichushkin.

Rookie scoring leader Cale Makar came close to getting on the board off the rush in the first, but Andersen was there to deny the slick defenseman before Matthews had a good chance from a tight angle moments later.

Keefe, who came in 4-2-0 in his six games behind the bench since replacing Mike Babcock on Nov. 20, added a wrinkle later in the period when he rolled out Matthews, Marner and William Nylander on the same line for two straight shifts at 5-on-5.