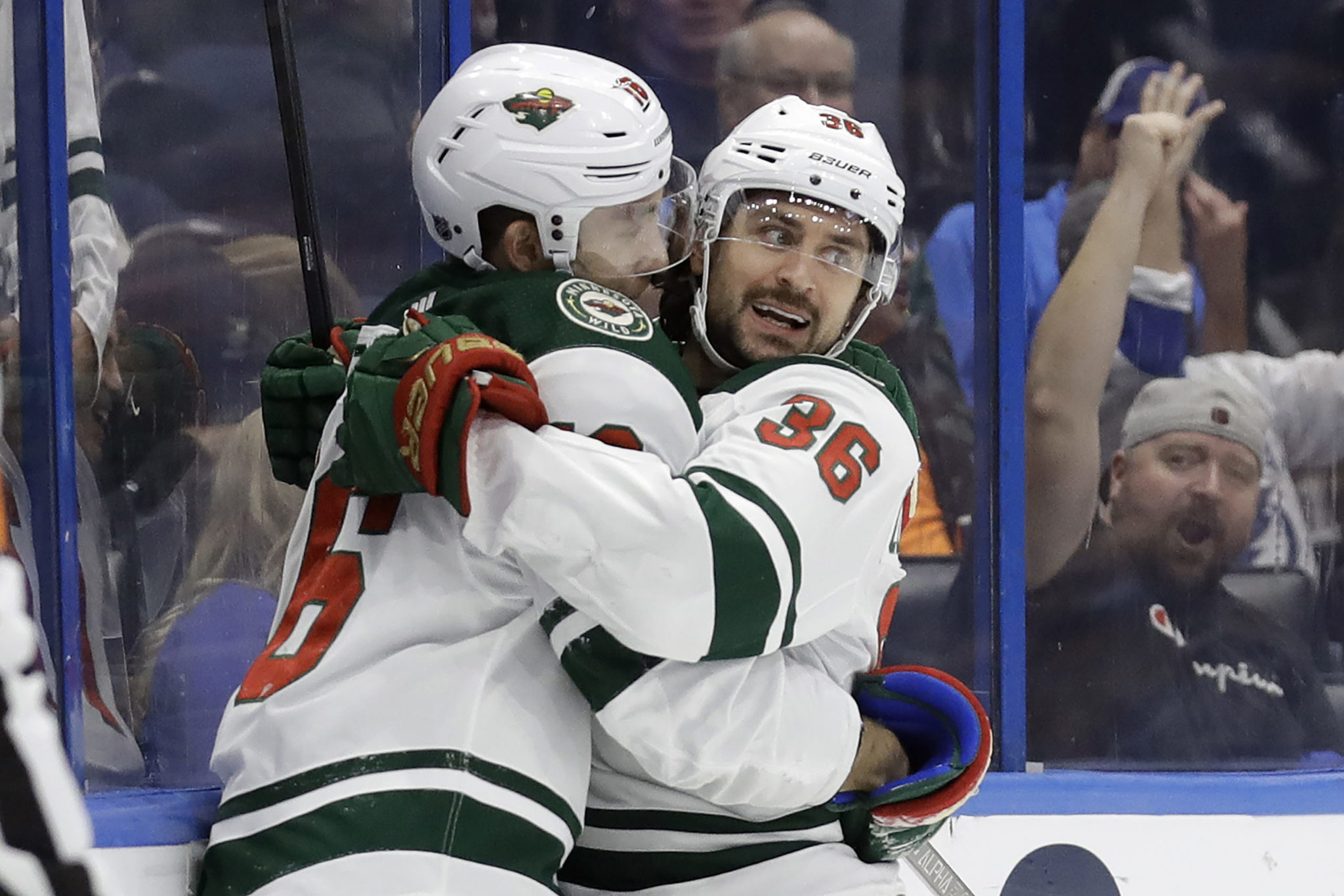 The Minnesota Wild kept rolling along with a pair of lightning-quick responses against Tampa Bay.

Mats Zuccarello had a goal and two assists as the Wild won their fifth consecutive game, 5-4 over the Lightning on Thursday night.

“It seems when we got opportunities we were very opportunistic and put them in,” Minnesota coach Bruce Boudreau said. “They’ve dug deep and are really playing for each other. When you do that good things happen.”


Tampa Bay, which is 1-3-1 over its last five games, got goals from Erik Cernak, Mikhail Sergachev, Victor Hedman and Alex Killorn. Andrei Vasilevskiy made 16 saves.

“The pride we’re taking in our (defensive) zone is unacceptable right now,” Lightning coach Jon Cooper said. “Giving up goals like this in this league, you’ve got no chance. There has to be some urgency here defending and not trying to score your way to wins.”

The Lightning, who tied an NHL record with 62 wins during the 2018-19 regular season before getting swept in the first round of the playoffs by Columbus, dropped to 13-10-3.

Zuccarello put the Wild up 5-4 from the right circle at 4:08 of the third period, just eight seconds after Killorn’s goal.

“They were coming hard and we managed to get it back from them,” Zuccarello said. “It was great.”

Hedman helped the Lightning rally from a two-goal deficit to tie it 3-all on his 100th goal during a power play at 18:47 of the second. However, Rask’s rebound goal put Minnesota back ahead with 36.4 seconds left in the period.

“I think it’s the belief in them right at this point,” Boudreau said. “Instead of saying, ‘Oh, woe is me’ they’re saying, `Let’s go, let’s get these guys right away.’ It doesn’t work all the time. When you’re winning and things are going good, it works.”


Nikita Kucherov assisted on Hedman’s goal and has nine assists and 13 points during a seven-game point streak.

After Cernak stopped his 21-game goal drought 1:52 into the first, Eriksson started a three-goal Wild surge at 9:33 that also saw Zucker and Soucy score during a 1:41 span.

Zucker worked a nifty give-and-go with Eric Staal, who has 74 points (33 goals, 41 assists) in 74 games against Tampa Bay.