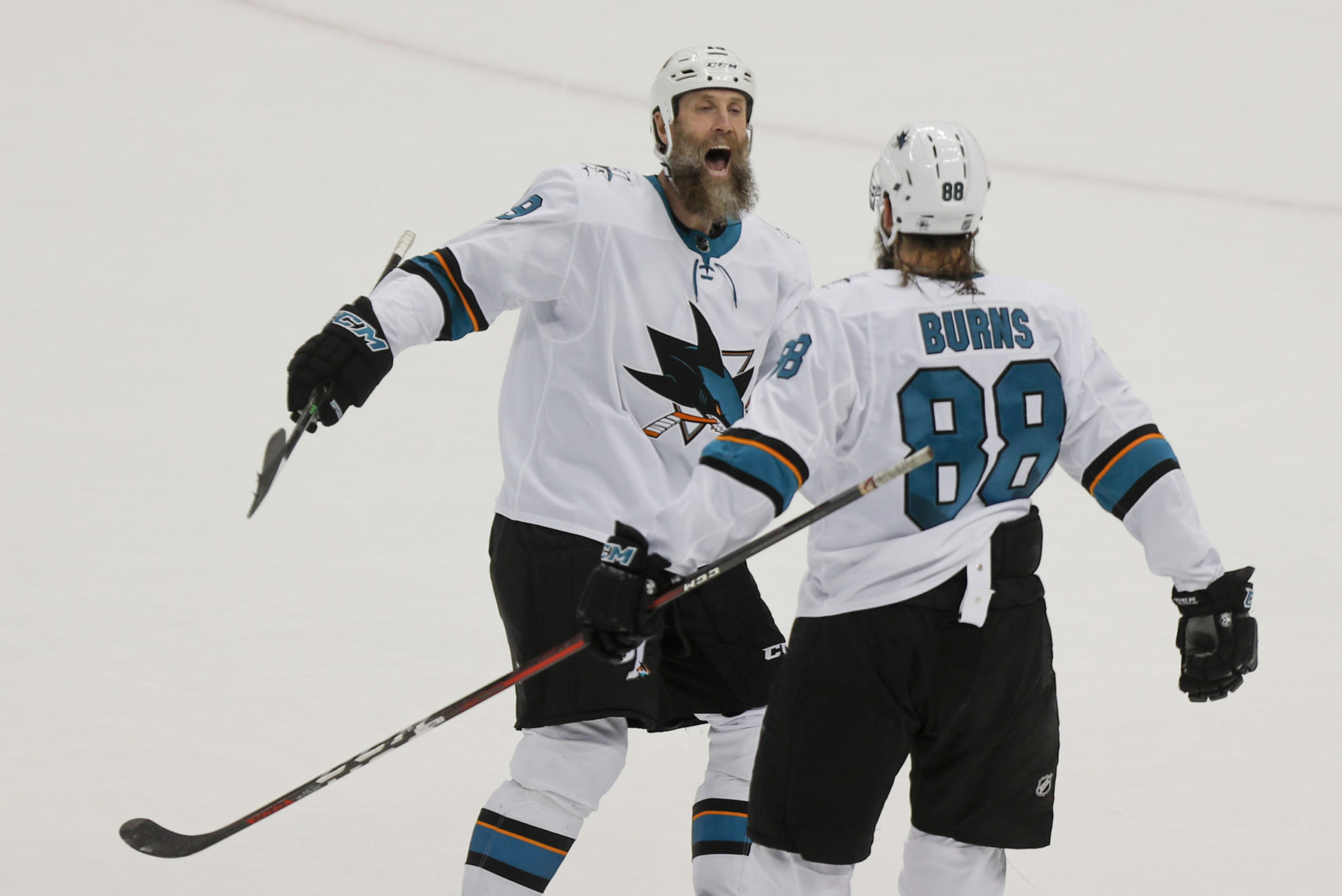 The San Jose Sharks entered 2020 searching for an identity and consistency following a sluggish start that cost longtime coach Peter DeBoer his job last month. The perennial Western Conference power hopes it found a little of both in a 3-2 overtime win against the Pittsburgh Penguins on Thursday night.

Brent Burns fired a slap shot through a screen and past goalie Tristan Jarry 2:02 into the extra period to give the Sharks just their third victory in their last 14 games.

“It’s been a battle,” Burns said. “I think doing the right thing for portions of the game and coming out on the short end, it’s not fun. It’s not easy. Guys have been battling. It’s nice to see something go in and see some things happening. Getting a win is obviously huge.”


The Sharks took advantage when Pittsburgh’s Kris Letang was called for tripping 46 seconds into overtime. The Penguins were just 14 seconds from killing off the penalty when Burns skated down the slot and put one through a sea of bodies for his seventh of the season.

“I think we’ve been playing pretty good hockey the last four or five games, getting better defensively,” Burns said. “Obviously, scoring goals has been tough, but I think our forwards have done a great job winning battles, getting in front of the net. That goal doesn’t happen without the guy in front of the net.”

Joe Thornton got the primary assist on Burns’ winner to move past Adam Oates for seventh place with 1,080 career helpers. Tomas Hertl scored his 15th goal for the Sharks and Logan Couture added his 13th as San Jose improved to 3-5-1 under interim coach Bob Boughner.

Aaron Dell stopped 36 shots to outduel Jarry, who entered the game leading the NHL in goals-against average and save percentage.

“That was a solid game for the whole 60 minutes tonight,” Dell said. “I think we showed some desperation. We won the battles. It took a little extra time, but we got it done in the end.”

Patric Hornqvist scored twice for Pittsburgh, which lost for just the second time in nine games. Jarry finished with 28 saves but didn’t see Burns’ shot thanks to a screen in front by Evander Kane.


“You can’t always get two (points),” Jarry said. “It’s frustrating when you don’t always get two. That’s the end result you want, but we’re happy that we got one tonight and we just keep building on it.”

The loss was a rare misstep for the Penguins, who have done more than simply get by despite a seemingly endless stream of injuries to high-profile players, a list that now includes forward Jake Guentzel.

Pittsburgh led the NHL in wins (10) and goal differential in December (plus-16), a surge fueled in large part by Guentzel’s heady play. The 25-year-old was selected to his first All-Star team on Monday, then saw his regular season come to an end just hours later when he slammed his right shoulder into the boards moments after scoring his team-leading 20th goal in a victory over Ottawa.

There’s a chance Guentzel’s surgically repaired shoulder will be ready if the Penguins make a deep playoff run.

Pittsburgh coach Mike Sullivan slid Alex Galchenyuk into Guentzel’s spot on the top line between Evgeni Malkin and Bryan Rust. Though the trio generated some chances, only Rust managed a point on Hornqvist’s goal with 51 seconds left in the second period that tied the game at 2.

Nearly four years removed from a meeting in the Stanley Cup finals that the Penguins won in six games, Pittsburgh and San Jose found themselves in drastically different places nearly four years later. The Sharks entered 2020 tied for last in the Pacific Division, a slide that cost DeBoer his job last month, while the Penguins have kept right on going even with captain Sidney Crosby still recovering from abdominal surgery in mid-November.

Still, San Jose is optimistic things are starting to turn around. The Sharks created a series of odd-man rushes — a rarity this season against the defensively responsible Penguins — early in building a 2-1 lead and relied on Dell during a third period dominated by Pittsburgh. The hole remains deep, but winning on the road against a team that leads the NHL in home wins is a decent place to start.