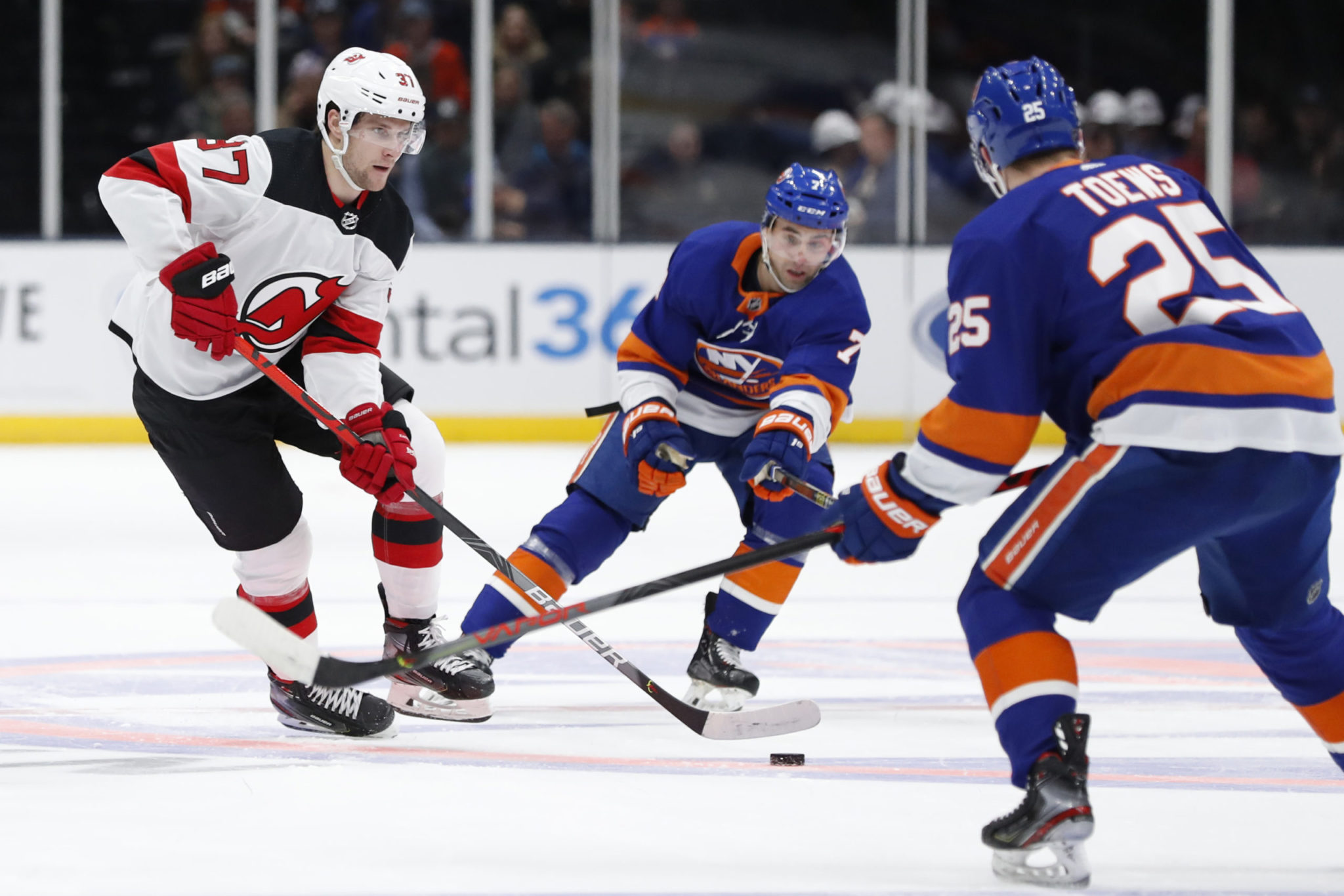 Although the playoffs seem out of reach, the New Jersey Devils are not going to waste the rest of the season.

Nico Hischier scored the tiebreaking goal early in the third period, and the Devils beat the New York Islanders 2-1 Thursday night for their third straight win.

“We are playing with confidence and we are making plays,” Hischier said. “From one guy to the last guy, everybody digs in.”

P.K. Subban also scored and Mackenzie Blackwood added 29 saves to help the Devils improve to 6-2-1 in their last nine games.


Hischier extended his point streak to four games when he scored the go-ahead goal at 1:09 of the third. The Swiss forward escaped the face-off circle with possession of the puck and made his move to the net. He craftily slid the puck from his backhand to forehand to give the Devils a 2-1 lead.

“I saw a lane there, so I took hit,” Hischier said of his mindset on the goal.

Brock Nelson scored for New York and Semyon Varlamov made 29 saves as the Islanders lost their fourth straight at Nassau Coliseum.

“We got away from our game of making it really hard on them,” Islanders coach Barry Trotz said. “I thought we were doing a pretty good job for the first 30 minutes. We got to stay to what we do well. If there is a play to be made, make it. If it’s not, then let’s put it in a place where we can retrieve it or continue to possess it. I didn’t think we did that right through the whole game.”

Nelson gave the Islanders a 1-0 lead when he put a wrist shot past Blackwood 7:33 into the second. Nelson charged up the ice during 4-on-4 play and stopped short upon entering the offensive zone. The Devils’ defender momentarily screened Blackwood and Nelson took advantage of the opportunity. Ryan Pulock and Derick Brassard assisted on the opening goal.


Anders Lee had a chance to double the Islanders’ advantage after 19-year-old defenseman Noah Dobson delivered a cross-ice pass, but Blackwood made a sliding pad save.

‘Those are the saves that you need in order to win some games,” Devils coach Alain Nasreddine said. “It certainly keeps the game tighter. Those saves are big and that’s what you need from your goaltender and right now we are getting it from Blackwood.”

Subban tied the score when his blistering slap shot buzzed by Varlamov with 1:27 left in the middle period. Nikita Gusev extended his point streak to five games with the primary assist. It was Subban’s fourth goal of the season and only his second since Nov. 2nd.

Travis Zajac tied Kirk Muller for third place on the Devils’ all-time points list after recording the secondary assist on the goal. It was Zajac’s 520th point after being drafted by the Devils in the first round of the 2004 NHL Draft.

The Islanders appeared to take a one-goal lead early in the second period when Leo Komarov buried a rebound in front. However, the play was called back after the Devils successfully challenged the play for goaltender interference 49 seconds into the middle frame. Komarov hasn’t scored since last Jan. 20.

“It’s a big decision,” Nasreddine said of his first challenge as a head coach. “That’s why we take our time and not 100 percent sure, but you have to be pretty close because it could be a big swing in the game.”