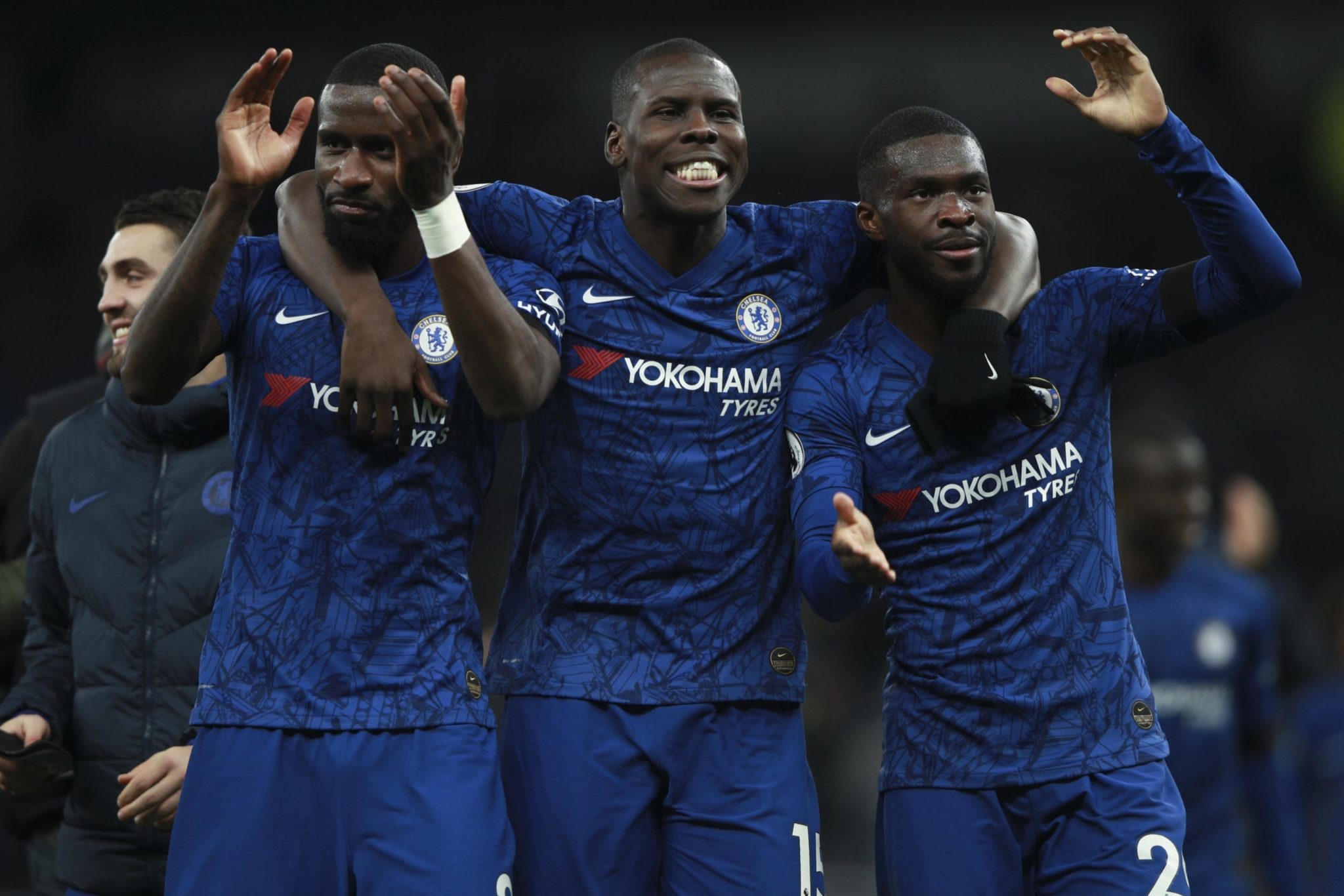 When FIFA asked every competition to enforce a three-step procedure in response to racism at matches, the English Premier League did not follow the advice.

That disregard of the protocols set out by FIFA secretary general Fatma Samoura in a July letter to every national association has created confusion as English football reels from another marquee game being tarnished by racism.

Tottenham has asked the Premier League to clarify the procedures it follows in the wake of the fallout from Chelsea defender Antonio Rüdiger reporting being subjected to monkey noises from the home fans in Sunday’s London derby.

Rüdiger’s complaint was swiftly followed by a warning announcement to more than 61,000 fans in the Tottenham stadium: “Racist behavior among spectators is interfering with the game.”


By ordering the announcement, referee Anthony Taylor was clearly following the first step of the the FIFA and UEFA anti-racism protocol, which then allows the suspension of the game and eventual abandonment if abuse continues.

But the Premier League has a more involved six-step reaction plan that does not provide the clarity offered by the instructions provided by FIFA and European body UEFA for referees to follow.

The priority for the Premier League is ensuring “the match is not unduly interrupted,” which leads to the league not demanding referees seek an in-stadium warning to fans to cease the racism. The first step after being informed of racism in the Premier League is instead to ask the fourth official to inform security authorities, who should then seek out the perpetrators.

So, when three warnings were issued at Tottenham at ten-minute intervals, there was confusion not just for television viewers worldwide and experts who believed the game could be abandoned due to repeated abuse but also the home team.

“When the incident was conveyed to the referee Anthony Taylor, he took the decision to call for the implementation of Stage 1 of the UEFA protocol – rather than the Premier League protocol – and asked for an announcement to be made, as well as requesting a further announcement which created a misconception that any issue was on-going,” Tottenham said in a statement on Monday.

“The Premier League protocol differs from UEFA protocol in that it does not call for an announcement rather that the individual(s) be dealt with by the safety team in the first instance.”

FIFA made clear in the letter on July 25 to football officials worldwide they should follow the three-step procedure, highlighting that it was a message to “all member associations, leagues, clubs and disciplinary bodies.”

The Premier League responded to questions about why it wasn’t following FIFA’s system by saying it requires its own “protocol specifically designed to support players, managers and match officials … to ensure that abuse is stopped and offenders dealt with efficiently by clubs and police.”


FIFA did not respond to a question about the Premier League not following its protocols that were first enforced by the governing body at the 2017 Confederations Cup in Russia.

One Germany international recounted how simple and effective the protocol was by discussing his own experiences of racism while playing club football at the time in Italy for AS Roma: Rüdiger.

“The referee should speak to the stadium announcer if racism is happening in the stadium, then I think a warning is reasonable,” Rüdiger said. “If it still doesn’t stop then I think it’s good that the game is aborted.”

Tottenham is yet to find the perpetrators of the abuse in the 24 hours since the incident. The north London club is using lip readers to study footage, seeking details from visiting players and reviewing the evidence with police, whose only racism arrest at the game was a Chelsea fan accused of abusing Son.

“This club has a proud track record of anti-racism work across all our communities and we are determined to ensure that we conduct a thorough investigation,” Tottenham said in a statement on Monday. “At this time, however, we should point out that our findings are inconclusive and would ask that comment is reserved until the facts are established.”

While Tottenham manager Jose Mourinho on Monday called for wider societal action to stamp out racism at football, he also complained about an unflattering song aimed at him by Chelsea fans.

“I think it was not a nice song and nobody speaks about it,” said Mourinho, who led Chelsea to three Premier League titles across two spells in charge.