Joe Gibbs has a heavyweight lineup in NASCAR’s playoffs 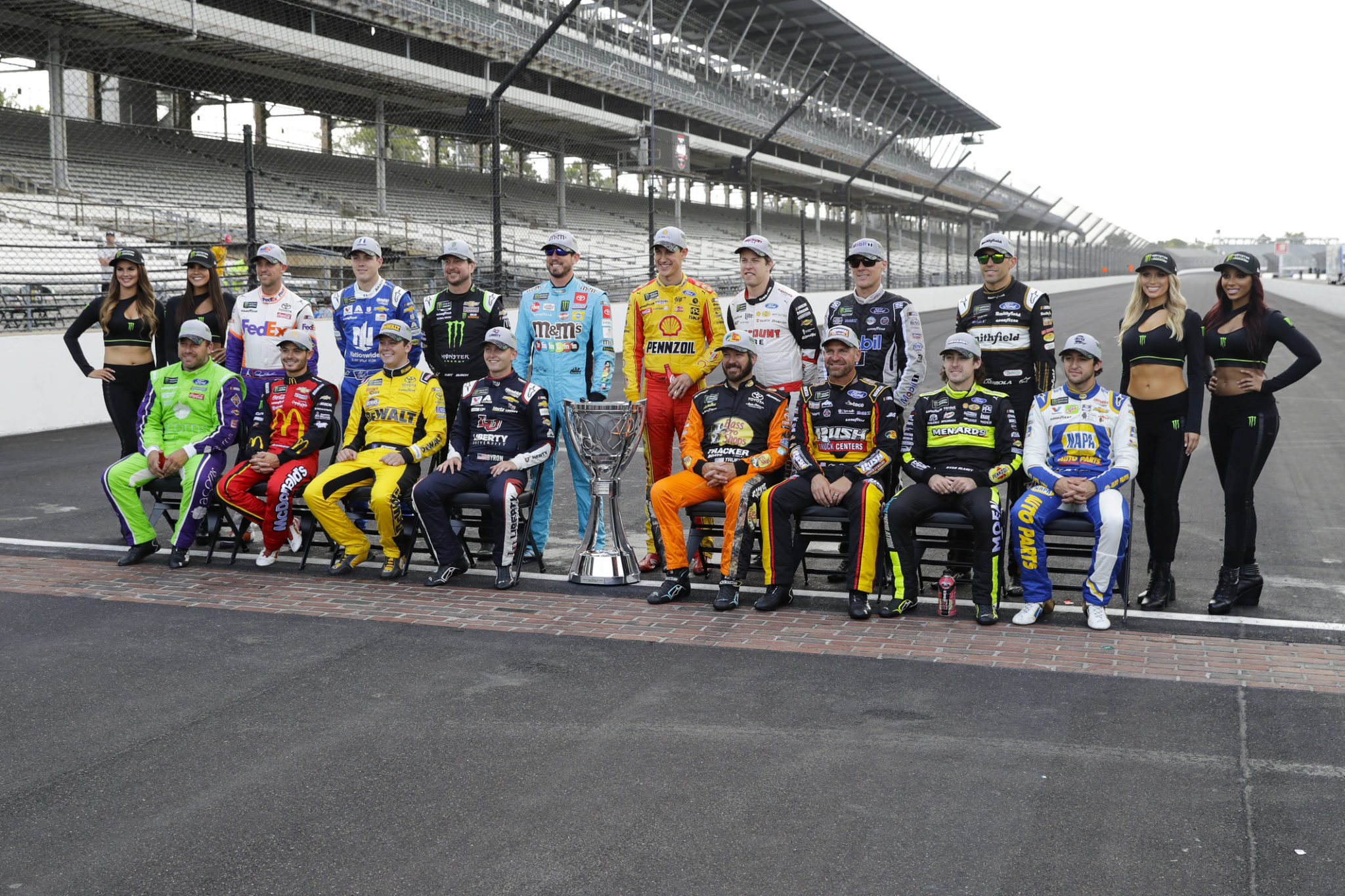 LAS VEGAS — Joe Gibbs has a powerhouse lineup leading the NASCAR playoffs, with four drivers laser-focused on winning the overall title. If there is a favorite in this 10-race tournament, it would be one of Gibbs’ guys.

Only the championship isn’t decided on regular-season strength, and is instead a calculated series of three-race segments in which a driver need only advance. The goal is to qualify for one of the four slots in the Nov. 17 finale, where the winner at Homestead-Miami Speedway will claim the Cup.

Joey Logano was the dark horse spoiler a year ago, when he snatched away the title Kyle Busch, Kevin Harvick and Martin Truex Jr. had set their sights on as the strongest drivers of the regular season. The so-called “Big 3” walked away empty-handed, shocked that a season’s worth of work meant nothing in the final run of the year.


The domination this year has been at Joe Gibbs Racing, which combined for 13 wins in 26 races. Busch is the regular-season champion, Denny Hamlin the Daytona 500 winner and Truex is trying to win a second title in three years. Erik Jones, meanwhile, is fresh off a Southern 500 victory and a contract extension with Toyota’s flagship organization.

All four expect to be racing for the title at Homestead, and the organization will undoubtedly have fallen short if it doesn’t advance at least two drivers to the final four.

“If you don’t win a championship, it’s disappointing,” Busch said. “I’ve been to the Homestead race four years in a row and I’ve only won it once. I don’t know if that is a little LeBron James-esque (three NBA titles in eight chances), but it feels like I can get there and just can’t seal the deal.”


The playoffs begin Sunday at Las Vegas Motor Speedway with a 16-driver field that is cut by four after every third race. The JGR group has some early breathing room based on bonus points earned in the regular season. For example, Busch opens the playoffs with a 45-point lead over Clint Bowyer and Ryan Newman, the lowest-seeded drivers in the field.

The strongest challenger to Gibbs is likely Kevin Harvick, who was fast all season but couldn’t get to victory lane until late July. Harvick has since won three of the last seven races, including a Brickyard 400 victory last Sunday at Indianapolis Motor Speedway.

But Stewart-Haas Racing, despite qualifying three of its four drivers for the playoffs, isn’t as strong as it was a year ago in part because it took the organization longer than expected to adapt to the 2019 rules package. Harvick, on a wave of momentum, believes his team is ready to race for a title.

“We want to just hammer away, race by race,” he said. “I think the backup plan is to survive and advance. But we want to win. We want to be racing for the lead and trying to win stages and be aggressive. You have to adapt and adjust as the weeks go by but it is definitely an aggressive, one week at a time approach.”


The Team Penske trio of reigning champion Logano, former series champion Brad Keselowski and Ryan Blaney is formidable; only Keselowski and Logano could keep pace with the Gibbs group early this season. Logano believes he is among the favorites this year.

“I feel better about this year than I did last year, for sure,” Logano said. “It almost doesn’t matter who the favorite is because it can change in the matter of a week.”

Hendrick Motorsports, led by Chase Elliott, got three of its four drivers into the playoffs. The exception is glaring: Jimmie Johnson didn’t make the field and won’t race for a record eighth championship. It’s the first time in 15 years of this format that Johnson did not qualify.


Elliott is consistently the strongest of the Hendrick group — challenged consistently in the Chevrolet camp by Chip Ganassi Racing playoff qualifiers Kurt Busch and Kyle Larson — but this year is joined by longshot title contenders Alex Bowman and William Byron.

Byron made it into the playoff field with crew chief Chad Knaus, the architect of Johnson’s seven titles who was moved this year to run that program. It’s helped the second-year driver find consistency as Hendrick continues with a rebuild of its organization.

“I think he’s given me that platform to be organized and be direct and really tell him what’s on my mind,” Byron said. “He’s given me that ability to not take feelings into account and just kind of say whatever is on our minds. He made that barrier come down really quick.”