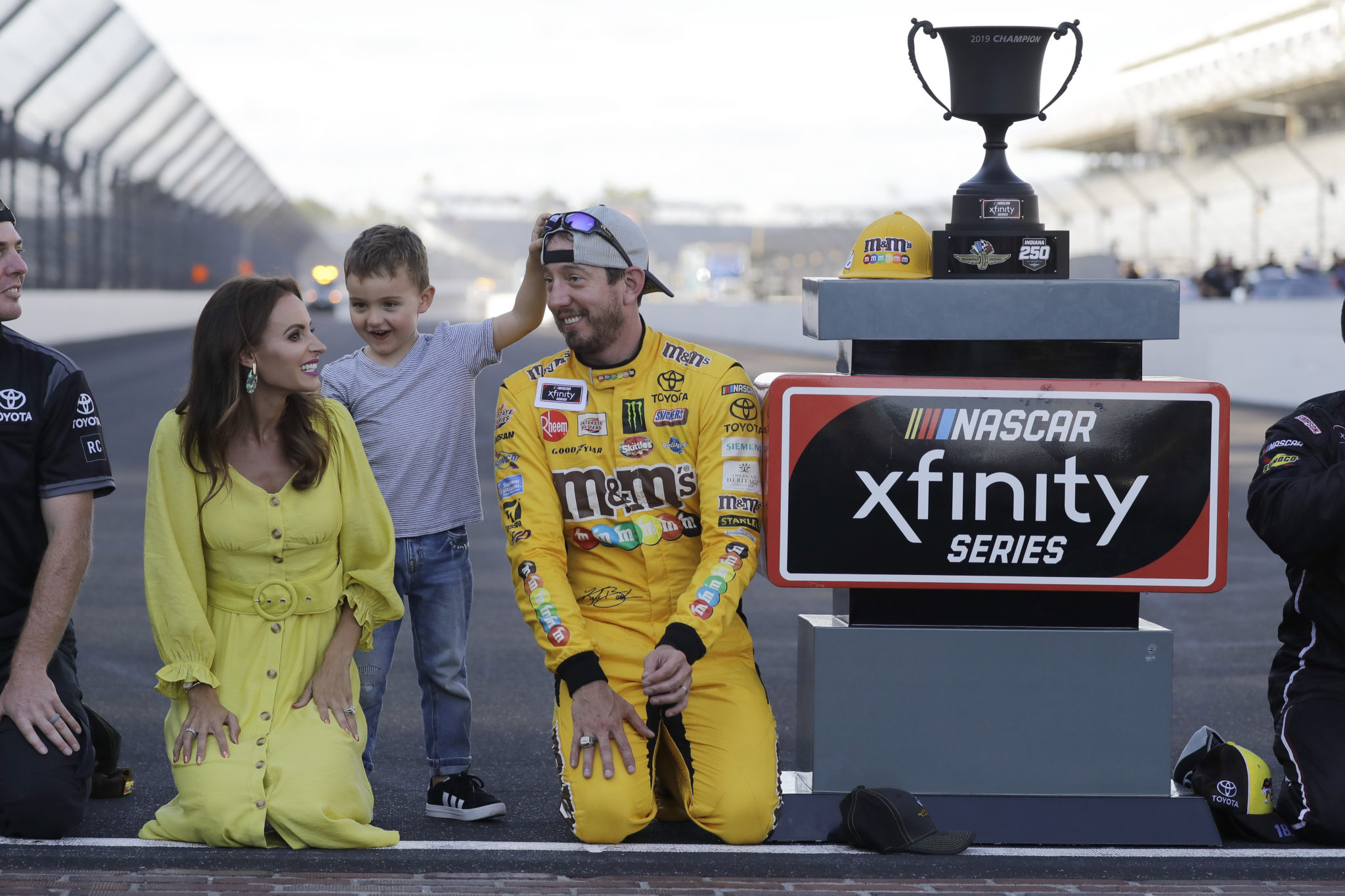 First, he inherited the lead when the leaders crashed with eight laps to go. Then, on the final restart, he got the push he needed from Justin Allgaier’s teammate.

Busch took advantage by jumping in front of Allgaier, holding him off for the final four laps to claim the Indiana 250 by 0.132 seconds and extend his own record of career Xfinity Series wins to 96.

“Anybody that was behind you, you had to rely on them,” Busch said. “Jeb (Burton) absolutely did a really good job at the restart and it helped us, it propelled us to victory.”

For Busch, this was no typical Indianapolis weekend.


While he captured the pole in the morning, led the most laps and earned his fourth win in this race, Busch wasn’t the dominant force he’s been in previous years. He didn’t win the first or second stages, battled through worn tires and thought his chance for victory might vanish because of handling issues in traffic.

But his fortunes turned when points leader Tyler Reddick attempted to make an outside pass of race leader Christopher Bell coming through the second turn. The cars touched and both hit the outside wall hard enough to bring out a red flag — and put Busch back in the lead.

“I’m fine,” Bell said after he and Reddick were checked at the infield medical center and released. “Out of all the NASCAR crashes I’ve been in that definitely takes the cake. I don’t exactly know what happened, I guess both of us had our foots down going into 2.”

It was all Busch needed.

When the race restarted Busch chose the inside lane and Burton, driving the No. 8 Chevrolet for JR Motorsports, was close enough to the No. 18 Toyota to keep Busch in front and force Allgaier to spend the final four laps trying to chase. Noah Gragson, another teammate of Allgaier, finished third in the No. 9 Chevy, more than two seconds behind Busch. Burton was fourth.


So instead of celebrating back-to-back wins at Indy, Allgaier settled for his fourth runner-up finish this season.

And now after racing to his 37th from the pole, Busch can focus on helping Joe Gibbs Racing capture the Brickyard 400 for a sweep of NASCAR’s four biggest races — something that’s never been done in the same season.

“He (Allgaier) never got close enough to make a move out so it played right into our hands at the end,” Busch said. “Two laps more and he probably would have gotten us.”