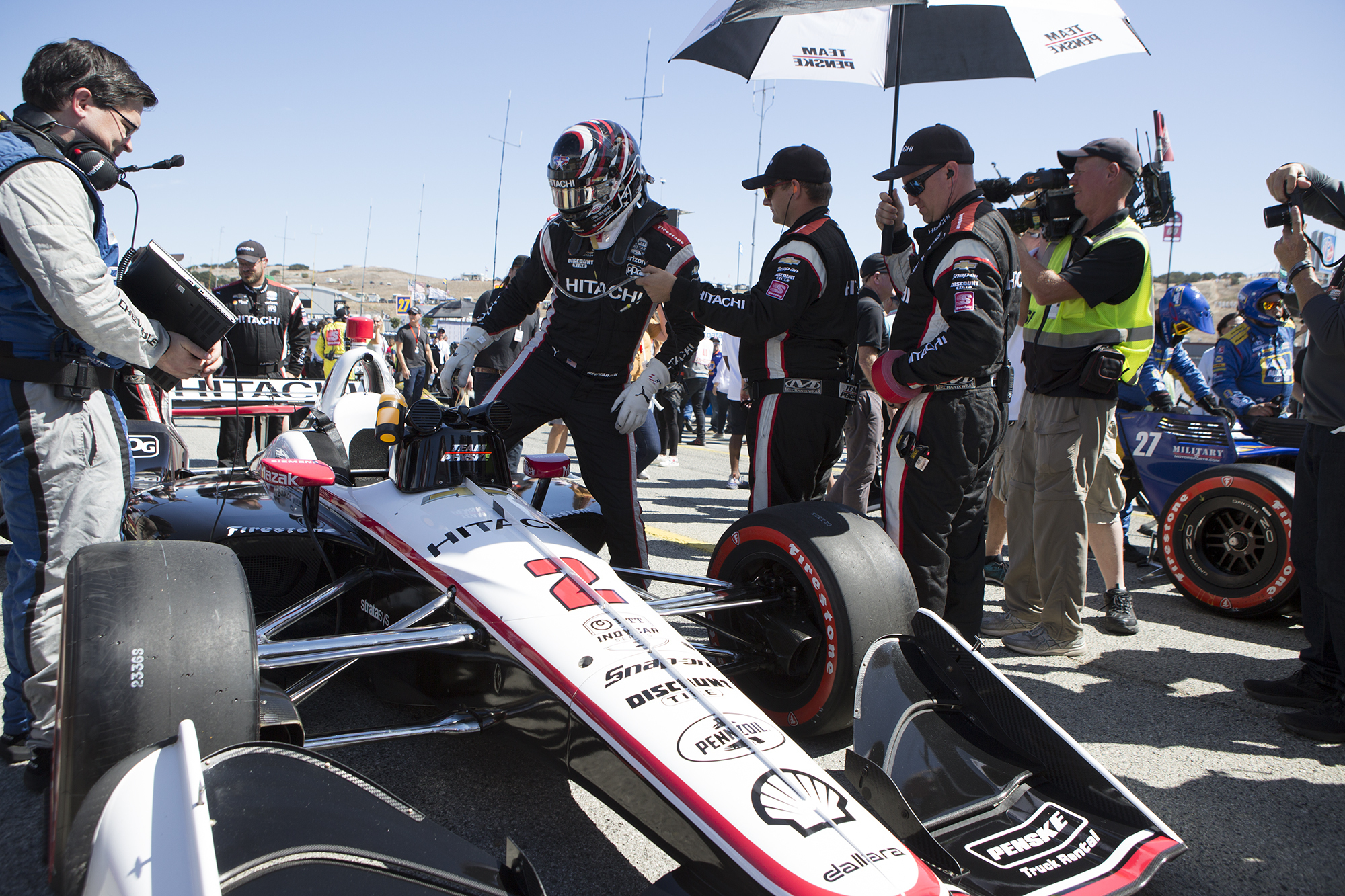 MONTEREY, Calif. — Josef Newgarden won his second championship in three years with a smooth drive in the IndyCar season finale, where he played it safe and watched rookie Colton Herta dominate the road course at Laguna Seca Raceway.

Newgarden needed only to finish fourth or better to give Roger Penske his 16th IndyCar title. His drive clearly indicated he wouldn’t get aggressive and risk throwing it away, settling in for an eighth-place finish to beat teammate Simon Pagenaud by 25 points in the championship race.

Newgarden jumped into the arms of his waiting crew and broke down in tears in a rare display of emotion from the Tennessee native.

“I am so happy, I was crying that entire last lap,” Newgarden said. “This has been my dream since I was a kid.”

The championship gave Team Penske a season sweep of the crown jewels of IndyCar; Pagenaud won the Indianapolis 500 in May for Penske’s record 18th victory.


Pagenaud was frantically chasing Scott Dixon and Penske teammate Will Power in the closing laps to get a shot at Herta — Pagenaud’s only real chance at winning the title — but settled for fourth in what will still go down as a career-defining season. His sweep of all the events at Indianapolis Motor Speedway in May earned him a contract extension that Penske confirmed before the race has been completed.

“I gave it a try,” Pagenaud said. “We still won the Indianapolis 500, the team won the championship, that’s a good year.”

Newgarden went into the race, which was worth double points, trying to hold off Alexander Rossi, Pagenaud and Dixon for the title. But he controlled his own destiny and knew he’d need an awful race and one of his challengers would likely need to win to prevent him from wrapping up the title.

None could ever get close enough to Herta, who led 83 of 90 laps, to make an attempt.

The 19-year-old rookie upstaged the championship race the entire weekend by continuously leading the speed charts. Then he won the pole Saturday an hour after Andretti Autosport said it was pulling Herta inside its organization next season in a fifth full-time car.

“We were really quick,” said Herta. “It was so cool to be here, everything just went so smooth.”

Herta added he will be chasing the IndyCar championship next season when he moves tiny single-car Harding Steinbrenner Racing into the Andretti camp.

Herta joins his father, Bryan, as winners at the challenging 2.258-mile course. Bryan Herta was a two-time winner at Laguna Seca, and his son earlier this season became the youngest winner in IndyCar history with a victory in Texas just days before his 19th birthday.

He bookended his breakthrough season with the victory, but couldn’t snake the rookie of the year title away from Felix Rosenqvist. The Swede matched Herta in speed all weekend but a penalty in qualifying forced Rosenqvist to a 14th-place starting position in a race he believed could be his first career IndyCar victory.

Rosenqvist angrily accused IndyCar of penalizing him because it wanted Herta to claim top rookie honors, but had calmed down after a Sunday morning meeting with league officials. Rosenqvist said IndyCar admitted to him the penalty was “harsh” but correct, and he said he was “the right amount of angry” to prove a point Sunday.

He had the drive of the day, finishing fifth— just enough to prevent Herta from collecting all the honors.

“If I didn’t get angry, I think there would be something wrong with me. I still think it was a pretty bad decision,” he said after the race. “I just tried to focus on the rookie championship. It was a big deal. This weekend was our time to end the season on a high and starting 14th is not the way to do that. I tried to use that anger to drive forward.”

The Herta victory, strong rookie class, Newgarden title and a championship race that went down to the finale for the 14th consecutive year had IndyCar officials soaring about a series on a slow rebuild.

And the finale showed that Team Penske is still the strongest in IndyCar. The Newgarden title is the fourth for Penske in the last six seasons and came on the day Power was second, Pagenaud fourth and Newgarden the champion.


Dixon finished third to complete the podium, while Rossi was sixth and said his Andretti Autosport team gambled on strategy in an effort to win the title. He was second in the standings at the start of the race but dropped to third in the final standings.

“Better to be third and go out swinging,” said Rossi, runner-up to Dixon last season in the championship race. “We wanted to take a gamble to try, it’s unfortunate that two years in a row we had to roll the dice. I’d rather be leading or have a more realistic shot so we can have a normal race.

“At the end of the day, you have to admit the right person won.”