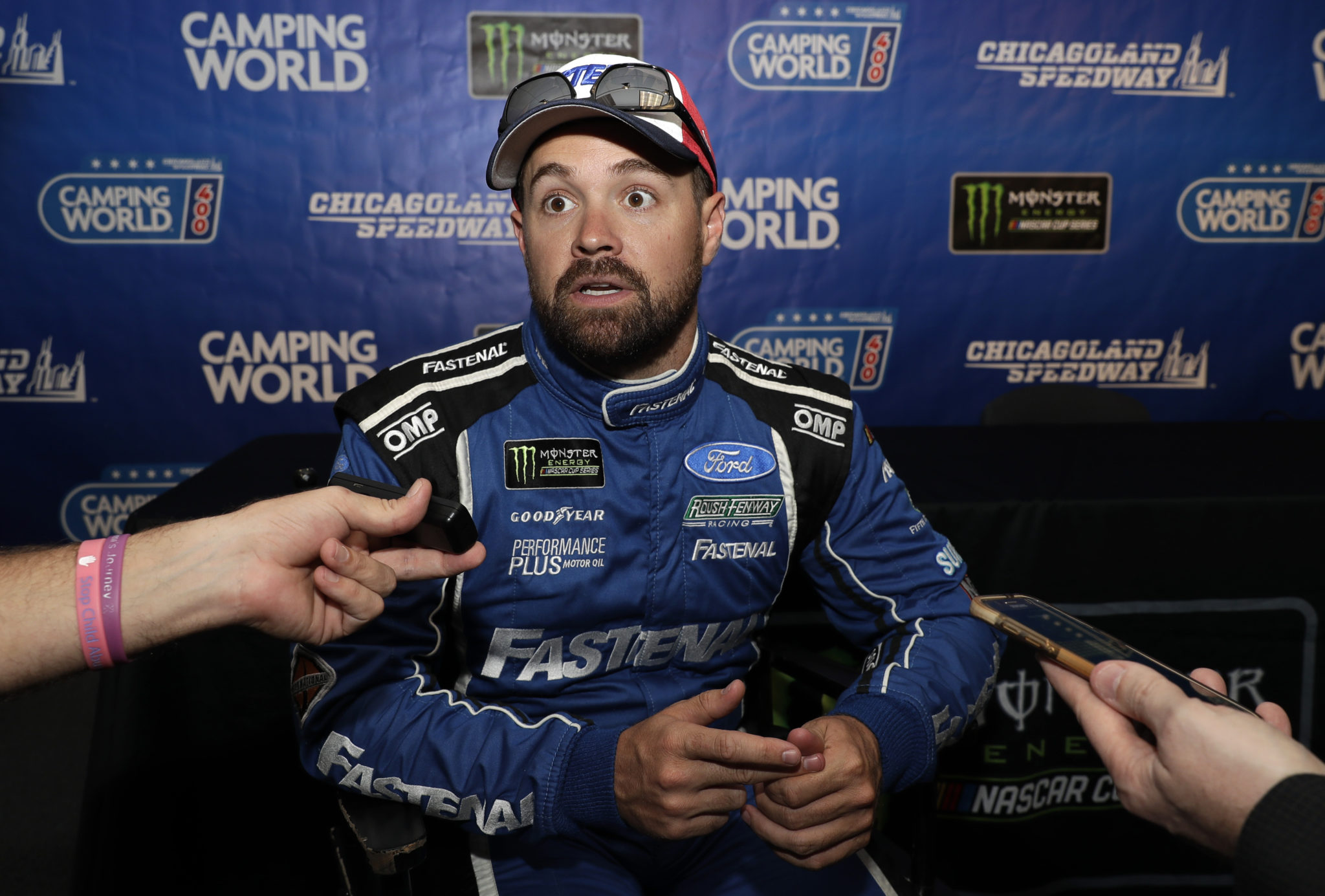 A critical playoff race that will end the championship chances for four NASCAR drivers has been overshadowed by a free agent market that took a wild turn this week when Roush Fenway Racing abruptly dumped Ricky Stenhouse Jr.

Stenhouse was told Wednesday the team was not interested in exercising the remaining two years on his contract and would instead put Chris Buescher, a former Roush development driver, in the flagship No. 17 Ford next season. Both Stenhouse and JTG Daugherty Racing, Buescher’s current team, were blindsided as another name was added to a crowded group of drivers chasing a handful of open seats for 2020.

“It was unfortunate for sure, definite tough timing for myself and my group to try to find another option,” Stenhouse said Friday.

He appeared briefly emotional reflecting on his 11-year relationship with Jack Roush, which resulted in back-to-back Xfinity Series championships and a pair of Cup Series victories. But Stenhouse has not made the playoffs the last two seasons, is ranked 23rd in the Cup standings and has been outrun all year by new teammate Ryan Newman.


“I’ve got to look back on the 11 years I had with Jack, and winning races and championships, and getting my first Cup win and being competitive. Not as consistent as we wanted,” Stenhouse said before choking out his next words. “At the end of it all, I am very thankful that Jack took a chance on a dirt racer from Mississippi to come drive his cars. That was fun. A little emotional with the relationship Jack and I have. Only team I’ve ever been at.”

Tension was already high headed into this weekend’s hybrid oval-road course race on The Roval at Charlotte Motor Speedway. The elimination race will trim the playoff field from 16 to 12 at the checkered flag on Sunday. The bottom four in the standings are Alex Bowman, Clint Bowyer, Kurt Busch and Erik Jones.

In Friday qualifying, William Byron edged teammate Bowman for the pole in an all-Hendrick Motorsports front row. Byron is ahead of Bowman by just two points in the battle for the 12th spot and advancing into the second round of the playoffs.

Bowyer and Busch are among the many drivers yet to announce deals for next season, although Bowyer said he feels confident his contract will be extended at Stewart-Haas Racing. Chip Ganassi has said over the last month that he and Busch are in the final stages of an extension; Busch said his focus is on the playoffs.

Regardless of whether Bowyer and Busch stay with their respective teams, seats are filling fast and there won’t be enough jobs to go around.

Daniel Hemric learned last week he was not being brought back for a second season at Richard Childress Racing, Daniel Suarez could be out at SHR if the team promotes Cole Custer from the Xfinity Series and Stenhouse is now suddenly available. A second group of drivers — think Ross Chastain, Corey LaJoie and Michael McDowell — are also seeking jobs in a competitive market with a fluctuating pay scale. Lower tier drivers typically work out one-year contracts with their teams that leave them looking for work at the end of each season.