7-time NASCAR champion Jimmie Johnson to retire after next season 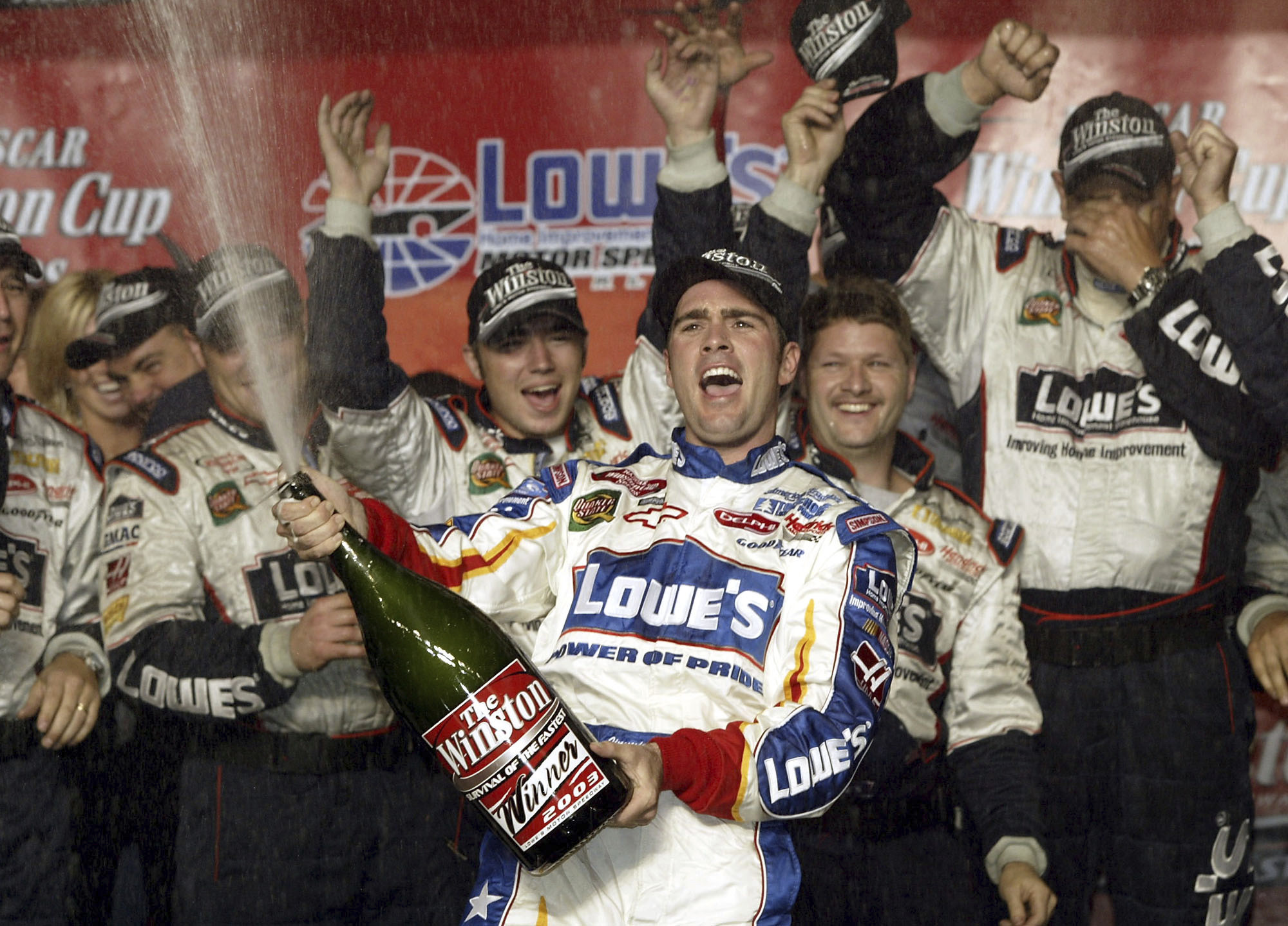 Jimmie Johnson sat down next to Jeff Gordon at a 2001 driver meeting and asked the champion if he had time to offer any career advice.

Gordon was so impressed with the fellow California native that he encouraged Rick Hendrick to start a team built specifically for the 25-year-old Johnson.

It turned into one of the greatest hires in NASCAR history and nudged Gordon aside as the most dominant driver on the track. Now Johnson will follow Gordon and many other NASCAR superstars into retirement as the seven-time champion announced Wednesday he will retire from full-time competition after next season.

The 44-year-old Johnson joins an exodus of popular drivers that began when Gordon retired after the 2015 season. Tony Stewart, Dale Earnhardt Jr, Carl Edwards, Matt Kenseth, Danica Patrick and Jamie McMurray are among those who followed Gordon out the door.


Johnson, the winningest driver of his era, said in a video posted to his social media and titled “#Chasing8 one final time” that next season will be his final attempt to win a record eighth Cup title. It will be his 19th season in the No. 48 Chevrolet.

“I am so thankful for 18 incredible years of racing in NASCAR,” Johnson said in the black-and-white video comprised of highlights from his career. “This sport has been good to me and allowed me to do something I truly love. I showed up chasing a dream and achieved more than I thought possible. I am looking forward to next season and celebrating what will be my last year as a full-time Cup driver. I know what this team is capable of and I hope 2020 is one of the best yet.”

Johnson scheduled a Thursday news conference at Hendrick Motorsports to discuss his decision. He joins Gordon and Earnhardt Jr. as Hendrick drivers who have called it a career since 2015.

“NASCAR history will always hold Jimmie Johnson in the highest regard, for his hard-charging success on the racetrack and the way he conducted himself as a champion off the track,” said NASCAR Chairman Jim France. “This remarkable seven-time champion — through his competitive spirit, immense talent and sportsmanship — has made NASCAR a better sport.”

Gordon called Johnson “a class act and true champion on & off track” while current Hendrick teammate Chase Elliott was among the many young drivers to refer to Johnson as the greatest of all time with an emoji of a goat.

Johnson has 83 career victories, tied with Cale Yarborough for sixth all-time. He trails Darrell Waltrip and Bobby Allison on the all-time win list by one, and two wins in 2020 would give him sole possession of fourth on the list behind Gordon’s mark of 93 trips to victory lane.

Johnson’s seven titles are tied with Richard Petty and Dale Earnhardt for most in the Cup Series, the last one coming in 2016. His most impressive championship battle was likely title No. 2 during a 10-win 2007 season in an epic showdown with Gordon, his teammate. Gordon won back-to-back playoff races that season to take the points lead, but Johnson reeled off four straight victories and Gordon visited him in victory lane after the fourth win and bowed in concession.


The heady days are long gone and Johnson has been in a two-year slump. He last won a race in 2017 and had two different crew chief changes this season while missing the playoffs for the first time since the format began in 2004. He finished 18th in the final standings, 13th in Sunday’s season finale, and has just five top-five finishes the last two years.

Johnson has driven for Rick Hendrick his entire Cup career and set a NASCAR record in winning five consecutive titles from 2006 through 2010, an accomplishment that earned him Associated Press Male Athlete of the Year after his fifth crown.

All 83 of Johnson’s wins have come in the No. 48 and include two Daytona 500s, four victories at Indianapolis Motor Speedway, a record 11 wins at Dover International Speedway, nine at Martinsville Speedway and eight at Charlotte Motor Speedway.

Johnson had two years remaining on his contract when new sponsor Ally signed on before this season to replace Lowe’s, which had sponsored Johnson from his 2001 debut through 2018. Ally last month announced a three-year extension to sponsor the No. 48, but Johnson’s future was not tied to the renewal through 2023.

“Jimmie Johnson is a legend in racing, the epitome of class and the ultimate representative of our brand,” said Andrea Brimmer, chief marketing officer at Ally. “We are proud that Jimmie will finish his remarkable NASCAR driving career with Ally as his primary sponsor.”